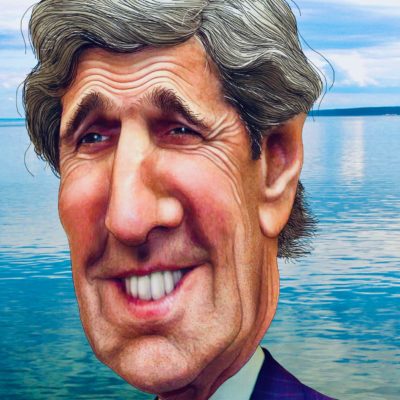 The climate change battle just got better with a new champion at the helm. John Kerry, with his massive carbon footprint will be in charge says the Biden transition team.

“The latest sign that Joe Biden plans to make tackling climate change a priority is his choice for chief climate diplomat.

The president-elect is tapping John Kerry, the former secretary of state and the Democratic Party’s 2004 presidential nominee, to be his presidential climate envoy, the campaign announced Monday.

Installing the senior statesman into the newly created position gives it gravitas at a time when U.S. credibility abroad on global warming and other issues has waned under President Trump.”

The Biden crew is super serious about all of this you guys. So serious that they want to put John Kerry back in charge of climate change.

This is the guy who, in the aftermath of the Paris terrorist attacks decided an incredibly awkward James Taylor song-fest would heal the wounds. This is the guy who snuck around in Europe while crafting a treaty with Iran that saw pallets of cash delivered to that country in the dead of night. This is a guy so serious about climate change, that his original work on the Paris Climate Accords would’ve led to the United States bearing the brunt in all ways, but especially economically for the policies the treaty is pushing for.

Meanwhile, countries that are involved in the Paris Climate treaty are failing to meet their obligations.

“National Geographic, a supporter of climate change action, recently ran the numbers and admits in its recent headline: “Most Countries Aren’t Hitting 2030 Climate Goals.” That’s putting it mildly. Most haven’t even reached half their pledged target for emission reductions.

Robert Watson, the former chair of the Intergovernmental Panel on Climate Change, laments: “Countries need to double and triple their 2030 reduction commitments to be aligned with the Paris target.””

You know what? I do NOT want my tax dollars paying for other countries failures to meet climate change goals. Goals that are arbitrary and not based on science by the way.

Meanwhile China remains one of the biggest polluters in the world and is not and will never be held accountable.

So far in 2020, the Chinese power industry has proposed 40.8 GW of new coal plants – an amount comparable to the entire coal fleet of South Africa (41.4 GW). Plans for new coal plants have steadily increased since 2019, after the central government began relaxing restrictions on new coal plant development. [Emphasis Added]”

But John Kerry for the climate change win!

John Kerry thrilled at prospect of returning to his dream job of living in Central European luxury hotels while negotiating deals that are bad for America.

Every single deal that John Kerry has had a hand in has cratered. It isn’t only the climate change agreement, it is the Iran agreement, and the Syria red line. Kerry put that red line in place, and then Obama decided to turn that line into Gumby leaving Kerry holding the bag.

Yep, exactly. Meanwhile Al Gore only wishes his carbon footprint is as large as John Kerry’s.

A superb choice by President-elect @JoeBiden of @JohnKerry as Climate Envoy. Kerry’s experience and passion are exactly what we need to restore American leadership abroad and repair the alliances that are crucial to solving the climate crisis.

Yet, according to John Kerry, the climate deal presumed common sense, and President Trump taking us out of this deal was chiefly due to voter anger.

Yeah…about that. It wasn’t voter anger. It was the fact that we all realized that this treaty would bankrupt the United States.

The New York Post is correct. John Kerry will wander around Europe trying so hard to be relevant, will promise the moon and stars, while China et al will demand more, but when the day is done, Kerry will have accomplished exactly nothing that will benefit America.

The Biden Team is once again bringing in familiar faces. What could possibly go wrong? 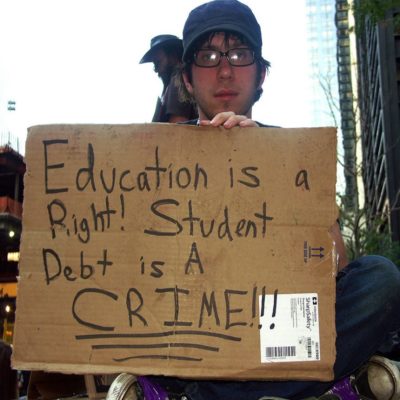