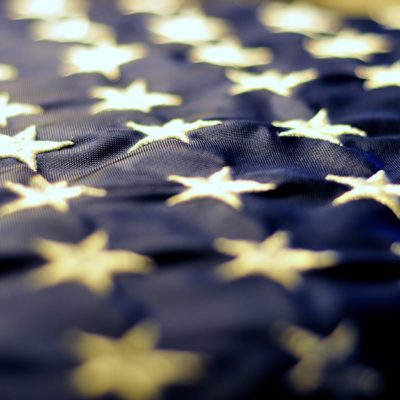 Previous post
An Open Letter to the American Coward 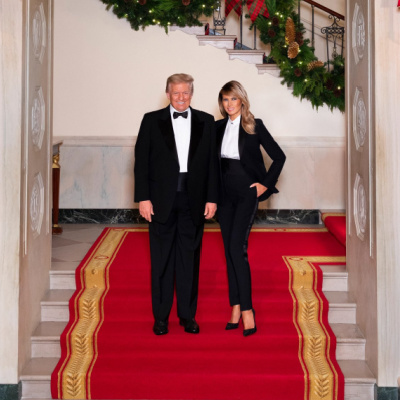 Late afternoon on December 18, Melania Trump released the Official 2020 White House Christmas photo. Naturally, the Twitterverse and Democrat Media Industrial Complex found the photo offensive. Except ceasing to exist there is nothing the Trumps can do that will make the haters happy.

To say that the Victory Girls are big fans of Melania Trump would be an understatement. In the five years since Donald Trump announced his Presidential run, the Victory Girls have written many times, glowingly, about Melania. You can read a few of our posts here, here, and here.

The Democrat Media Industrial Complex and the Twitterverse, on the other hand, despise Mrs. Trump, for existing and having married Orange Man Bad. If Mrs. Trump looked as she does and were Mrs. Obama or Mrs. Clinton, she would be feted for her ability to speak five languages and wear a flour sack and make it look like haute couture.

The Christmas photo, featured above, to me seems absolutely perfect. Donald Trump wears a traditional men’s tuxedo. Melania wears a tuxedo, also. And, she knocks it out of the park. From her classic stilettos and pencil pants which make her legs look impossibly long and the white tuxedo shirt and loose hair, she is perfection. If she were a Democrat President’s wife, no matter how heinous she looked, we would be told by the Media Industrial Complex how spectacularly gorgeous she was. With Melania, we get crickets.

I know our readers expect meat and fire from Victory Girls. I saw this Christmas photo of President and Mrs. Trump and it sent my anger over the 2020 Presidential Election to Defcon 2. The Trumps have been treated worse than the red-headed stepchild at the family reunion and it is just part and parcel of the hatred the media has for Trump voters. The media has depersonalized and dehumanized Trump, everyone in his Administration and all of us who are non-compliant.

I did find one video that captures the Christmas photo and takes us on a walk down Memory Lane with Melania:

Here is how the New York Daily News covered the photo:

Barring a Christmas miracle that would help the president’s efforts to stay in power after losing last month’s election, President-elect Joe Biden and Dr. Jill Biden will move into the White House Jan. 20. President Trump continues to insist without evidence that he was somehow cheated out of a second term. He could run again in 2024.

Well, there is no evidence if you won’t look at it. What do they want … a blue dress with DNA?

The Twitterverse? They went full on ugly:

Yeah, these two were not in the same room when this was taken

The traitor with his slut.

Those were the mild comments.

Liberals really don’t care about Peace in the Middle East. Liberals don’t really care about stopping deaths in a 100 year pandemic, as in Operation Warp Speed. If they did, they would be standing in awe of Donald Trump.

In their heart of hearts Democrats hate strong, intelligent women, like Melania Trump. That explains the vitriol from has-been hag, Hillary Clinton:

Hillary Clinton on Thursday took a sideswipe at first lady Melania Trump and her “Be Best” initiative.

“I think she should look closer to home,” Clinton said on Andy Cohen’s “Watch What Happens Live” when asked how she feels about the first lady’s anti-cyberbullying initiative, suggesting she should examine her husband’s online behavior.

What should she focus on Hillary? Cattle futures?

Melania Trump has been a classic wife and Mom First Lady. She has nothing to prove to anyone. Unlike say Dr. Jill Biden, okay kiddo.

I am still praying for a miracle and that Trump is inaugurated for his second term on January 20, 2021. I am praying that we will have Melania as First Lady for another four years. She has brought beauty and class to the White House, just as President Trump brought jobs to the nation.

Can’t wait to see what Melania wears in the next White House Christmas photo.