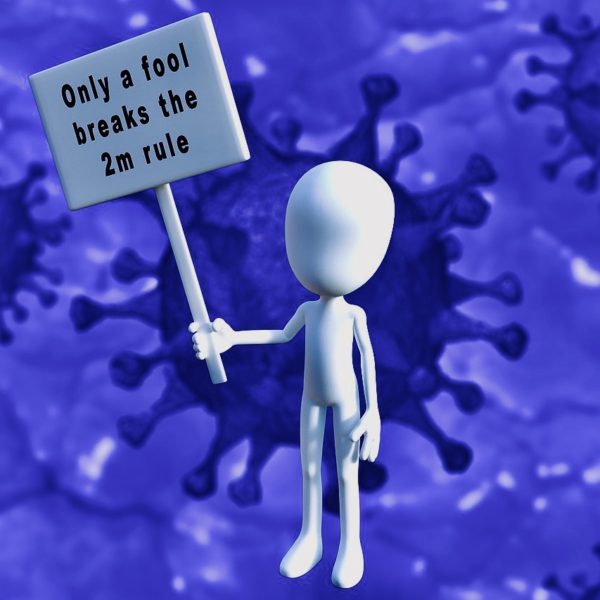 Chris Cuomo is a tone-deaf hypocrite. You see, it’s ok for him break coronavirus quarantine whenever he feels like it.

On March 31, he announced he had the virus and would be quarantining in his basement.

“Cuomo announced his coronavirus diagnosis two weeks ago. He said he was feeling well enough to work, and has continued to anchor his 9 p.m. program from his home.

At the time, he said he was having fevers, chills and shortness of breath.

“I just hope I didn’t give it to the kids and Cristina,” he tweeted on March 31. “That would make me feel worse than this illness!””

Except that, supposedly he DID give the virus to his wife. Of course, her idea of treatment was to complain about how “frustrating” all of this is and advocate for natural healing via naturopathy.

Awww…such a sad sad media firefighter he is! Here’s the problem with Fredo’s bravery. It’s a load of horse shit.

First of all, when someone has the virus and is quarantined, that means they CANNOT LEAVE THEIR HOME unless taken directly to the hospital! Did Fredo adhere to those guidelines? Nope. Seems a stroll around his new property in the Hamptons over Easter was a must!

Keep in mind, he was supposed to be quarantined in his home in the city. The Hampton’s property isn’t even built yet. But Fredo, his wife, kids, and some other woman were wandering around the property without a care in the world. And then this happened.

“David said the woman who looked like Cuomo’s wife came over to him and said, “May I help you?”

He said he replied, “I’m riding my bike” — then started asking why Cuomo was there out of quarantine and not social-distancing from the group.

He said Cuomo then started toward him, coming to within about 40 feet.

“I said to him, ‘Your brother is the coronavirus czar, and you’re not even following his rules — unnecessary travel,’” the resident said.”

Needless to say, David is correct and Fredo was totally wrong on this. But that’s ok. He’s a super duper CNN “journalist” don’tcha know? The rules are only for the little people!

It is now April 21st. And SUDDENLY all is good!

Here's the very moment @ChrisCuomo emerged from his basement, where he's been riding out coronavirus for the last several weeks. pic.twitter.com/tugkXCGZD7

How very …performance arty of you Fredo!

What I want to know is, how Chris and his wife can claim they were both cleared by the CDC?? Especially Christina given she was only diagnosed with the virus FIVE days ago!

Then again, Fredo Chris isn’t the only one putting their hypocrisy on public display. Mayor de Blasio engages in unnecessary travel to go traipse around his favorite park, miles from Gracie Mansion. GMA anchor and former Clinton weenie George Stephanopolis has a mask, but evidently it’s only a neck accessory, and it’s super fine for him to break quarantine and stroll around in public as well!

The lockdowns must continue, unless you're Bill Clinton's former press secretary who works at ABC News or you're the CNN anchor brother of New York's Democrat governor. That's different. All animals are equal, but some animals are more equal than others. https://t.co/YAbSbMfbMQ

As noted here, George’s timeline and his subsequent tweet about the antibodies testing is odd for two reasons. 1. He originally said he was diagnosed with coronavirus, but now he wasn’t? 2. The antibody tests aren’t fully validated yet per Dr. Fauci.

Meanwhile Governor Cuomo is running a major campaign to keep people hunkered down until May 15, but it’s super duper OK for his brother to give New Yorkers the middle finger? Hypocrisy, thy name is Chris “Fredo” Cuomo!!

Please think about others https://t.co/5ICdw5zO1g

Quarantine for the little people, not for MEEEEE!

The irony of a CNN Fake News anchor putting quarantine hypocrisy on blatant display while wearing a t-shirt that says “Truth” is the icing on the cake.