Previous post
Biden Kills Half US Population With Gun Remark 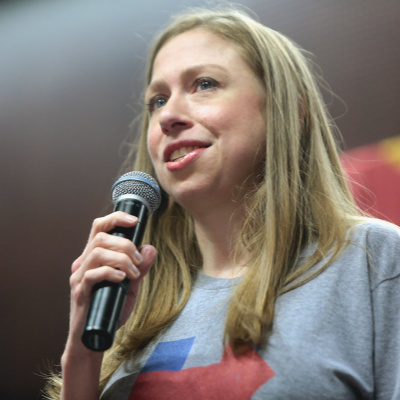 by Toni Williams in politics 20 Comments

Chelsea Clinton, spawn of former President Bill Clinton and former Secretary of State Hillary Clinton, has an op-ed on CNN.com ripping President Donald Trump on his handling of the Coronavirus (Covid-19). Clinton and her co-author Devi Sridhar argue that because Trump eliminated the position of Global Health Czar and proposed cuts to global health funding, we are, here in the United States, less safe. Let’s talk about this.

Miss Chelsea celebrates her 40th birthday this month, and she has the most impressive resume that I have ever read. Like, when does she sleep, impressive. You can read her biography from the Columbia Mailman School of Public Health, where she is an Adjunct Assistant Professor of Health Policy and Management. I didn’t know what an Adjunct ASSISTANT Professor was, so I Googled it. You can read the description here. It sounds like just a way to have an celebrity name on your faculty directory.

Really, when does she sleep? She has written 5 children’s books, co-authored a scholarly book on public health, has four degrees, sits on the boards of beaucoup organizations, is married and has three children. That doesn’t even begin to touch her work on a documentary, her three years at NBC, or her work for McKinsey, or her aborted run for political office, which I wrote about and you can read here. I realize that I am an evil troll, but I don’t buy the Clinton resume. I never have. Her resume, like her position as an Adjunct Assistant Professor, is all celebrity gets and gimmes.

The co-author for the CNN piece, Devi Sridhar, has a more focused and believable resume. Forgive my cynicism, but I think that any true research in their co-authored book, “Governing Global Health” was done by Miss Sridhar.

Here is Chelsea Clinton explaining why we may not live in the best of times:

You can read the full CNN.com piece, “Under Trump, America is less prepared for a coronavirus outbreak”, but it really sounds like she is really just mad that Trump beat her mother like a rented mule in 2016. Why do I say this? From the article:

Unfortunately, President Donald Trump has taken actions that many doctors and experts agree will leave the US less prepared to respond to COVID-19. He has eliminated the position of Global Health Czar and has repeatedly proposed cuts important to global health funding — thankfully that have failed to pass in Congress.

Here is more derision towards Trump from the Chelsea Clinton article:

Two aspects in particular worry us about the White House’s response, or lack thereof. We have a President uninterested in global health concerns, broadly disdainful of experts and recently obsessed with and distracted by his impeachment.

Trump is not “broadly disdainful” of any experts, maybe just the ones that you prefer, Chelsea. And, nice burn on the impeachment, there. Talk to your Pa about impeachment. But, there is more:

The Trump administration is chronically inept at, and seemingly uninterested in, any type of long-term planning, given the numerous positions in government that remain vacant as well as the constant rotation of key cabinet positions and the ad hoc decisions made on the basis of a conversation or Fox News clip.

Well, unlike your mother and her need for a large staff or Queen’s court, maybe President Trump likes to run a “lean” business model. I am surprised that in all your business dealings you have never run across this concept. And, here is one more dagger from Chelsea to Trump:

To put it simply, the Trump administration, by seeking to cut funding and rejecting proven solutions, is not sufficiently prepared to face a major threat like the novel coronavirus outbreak. As the American people face what the World Health Organization has deemed a public health emergency, we need a strong leader who understands the importance of good governance, expertise and diverse perspectives in bringing outbreaks under control.

Go home and take care of your husband, babies and ill, elderly parents, Chelsea, before you lecture anyone about global health. And, to be perfectly honest, I am more worried about the plaque being spread by liberal city policies than I am about Covid-19.

And, last thing. CNN, wasn’t there any other person other than a Clinton you could have gotten to write this hit piece? “Chelsea Clinton” by Gage Skidmore is licensed under CC BY-SA 2.0