Next post
ABC News Gets Caught Again By Project Veritas 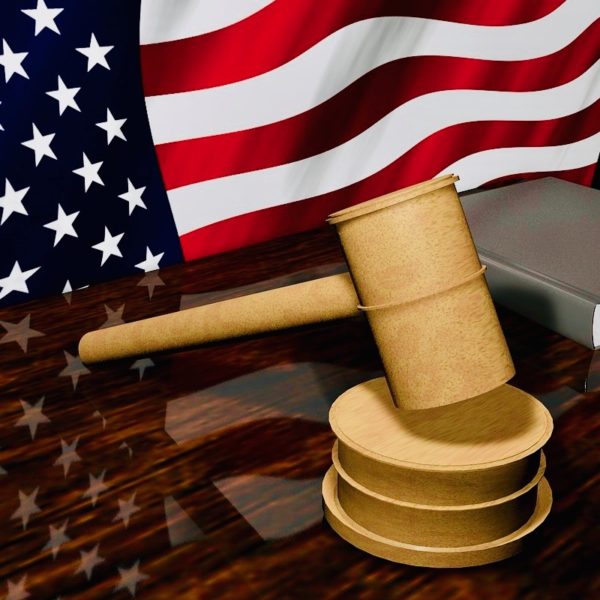 Federal grant funding can be legally withheld from sanctuary cities. That is the ruling announced this morning from the 2nd U.S. Circuit Court of Appeals.

Keep in mind, this is a case that started going through the courts in 2017. What happened then?

That’s right. The DOJ announced that federal grant funding would be withheld from sanctuary cities if they didn’t comply with federal immigration laws. The gnashing of teeth and wailing from Democrats and the media was quite something. And, of course, they immediately ran to the courts to find judges sympathetic to their cause. Meanwhile, several cities including Miami, decided to drop their sanctuary city status.

Meanwhile others, including San Francisco, Chicago, New York, and Denver have dug in their heels.

“Since last July, United States Citizenship and Immigration Services has refused to hold naturalization ceremonies with the City and County of Denver — a tit-for-tat move that follows the city’s decision to protect immigrants from federal enforcement.”

A couple of things the Denver Post leaves out in that first paragraph, and the article as a whole. First of all, the Denver Post doesn’t want readers to realize that this issue is about those who come here ILLEGALLY. Secondly, the U.S. Citizenship and Immigration Services would be sending mixed signals if they attended ceremonies hosted by an agency that willingly flouts federal immigration law.

What is involved is $250 million in federal grants from the Edward Byrne Memorial Justice Assistance Grant Program.

Essentially what all those sanctuary cities wanted was the ability to have their cake and eat it too. They wanted to virtue signal by staying a sanctuary city and continue to get their grant funding from the federal government, no questions asked. Via Legal Insurrection, we find that the 2nd Circuit is putting the brakes on that idea.

“At its core, this appeal presents questions of statutory construction. In proceedings below, the United States District Court for the Southern District of New York (Edgardo Ramos, Judge) determined that the Attorney General was not statutorily authorized to impose the challenged conditions and, therefore, enjoined their application. See New York v. Dep’t of Justice, 343 F. Supp. 3d 213 (S.D.N.Y. 2018). The thoughtful opinion of the district court requires us to examine the authorization question in detail. For reasons explained in this opinion, we conclude that the plain language of the relevant statutes authorizes the Attorney General to impose the challenged conditions.

In concluding otherwise, the district court relied on, among other things, an opinion of the Seventh Circuit in City of Chicago v. Sessions, 888 F.3d 272 (7th Cir. 2018). While mindful of the respect owed to our sister circuits, we cannot agree that the federal government must be enjoined from imposing the challenged conditions on the federal grants here at issue. These conditions help the federal government enforce national immigration laws and policies supported by successive Democratic and Republican administrations. But more to the authorization point, they ensure that applicants satisfy particular statutory grant requirements imposed by Congress and subject to Attorney General oversight.”

The entire opinion can be found here.

And here's the other key point, again: pic.twitter.com/QwUmUjJyUx

Essentially, the direct language of the laws in question make it clear that yes, the Attorney General CAN impose conditions on cities and states desiring to receive federal grants.

Here’s something else from the opinion.

Oh, well. Isn’t that something? This goes back to the policies that the OBAMA Administration put in place! Want to bet the media will NEVER report on that part of the issue? Since they haven’t in the past, I doubt they will bring it up unless forced to.

That said, while this is a battle won for the Trump Administration, this particular war isn’t finished. It’s a fair bet that the sanctuary cities involved, after they finish their tantrum, will push this up to the United States Supreme Court.