Previous post
Bad News for George Gascon Is Rolling In 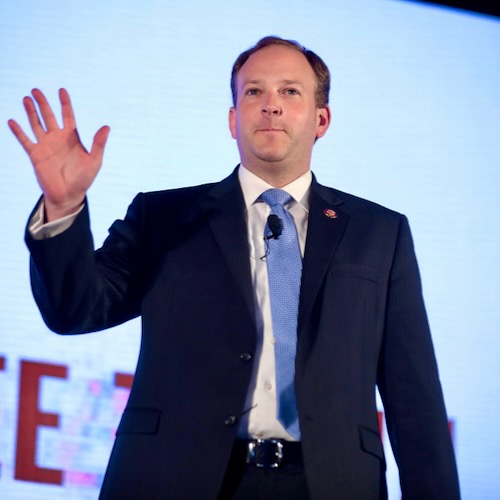 Cashless bail. That’s the very soft on crime stance in New York that ensured Lee Zeldin’s attacker is free to roam without restrictions of any kind.

On July 21, 2022 at approximately 8:00 p.m., Representative Lee Zeldin was on stage giving a campaign speech at the Veterans of Foreign Wars Post 8495 at 300 Macedon Center Road, in the Town of Perinton. A male from the crowd climbed up on the stage and approached Zeldin. The male had a weapon in his hand, swung it towards Zeldin’s neck, and told him, “You’re done.” Members of the audience and Rep. Zeldin’s campaign restrained the male until deputies arrived and took him into custody. There were no injuries. The suspect is identified as David G. Jakubonis, 43 y/o, of Fairport.

Jakubonis is charged with:
Attempted Assault in the Second Degree (E-Felony)

Jakubonis was arraigned in Perinton Town Court and released on his own recognizance.

When I read that Zeldin’s attacker was let go without having to front bail or even have an ankle bracelet on, my jaw dropped. But then my reaction quickly morphed into, this is not unexpected. New York along with California and other Democrat-run states have touted a ‘lets play nice with the criminals’ policy while victims are further victimized.

San Francisco’s Chesa Boudin was recalled because of his soft on crime stances that have led to a massive uptick in criminal behavior in that city. George Gascon of LA is facing a major recall as well. In Minneapolis people are forming neighborhood associations in order to combat the rising crime in their areas.

But here, we have someone attack an elected official. A U.S. Congressman. And the attacker is let go under New York’s cashless bail system. As Legal Insurrection’s Mary Chastain notes here, the new New York law definitely fence-straddles when defining ‘Qualified and Non-Qualified Offenses.

Despite the above Qualifying Offenses, if you are accused of one of these crimes and arraigned on a felony complaint or indictment, the court must nonetheless release you unless there is a specific and individualized analysis and conclusion that you are is a risk of flight to avoid prosecution. Assuming this determination is made, courts are required to adhere to the least restrictive guideline to ensuring the alleged offender – you – return to court. CPL 510.10(1). Keep in mind that if an offense is a qualified one for the purpose of bail or remand, a judge may, barring a provision preventing such, still set a non-monetary condition of release or release you on your own recognizance. CPL 510.10(4). Your criminal lawyer should aggressively pursue the same. Even where there is a financial requirement, ie., “monetary bail”, judges must examine your specific and individual financial circumstances and your ability to post bail without posing an undue hardship, as well your ability to obtain a secured, unsecured or partial secured bond. CPL 510.30(1)(f).

Jakubonis release without bail or restrictions of any sort wasn’t unexpected. Even Congressman Zeldin had an idea of what would happen.

His words as he tried to stab me a few hours ago were “you’re done”, but several attendees, including @EspositoforNY, quickly jumped into action & tackled the guy.

Law enforcement was on the scene within minutes.

The attacker will likely be instantly released under NY’s laws. pic.twitter.com/wZEyIyrjFe

As he noted last night, the laws definitely need to be changed.

Former prosecutors were blunt in their assessment of this case.

Another former Manhattan prosecutor, Jeremy Saland, also said, “I think that this would constitute attempted assault in the first degree.”

“He’s not trying to inflict a black eye or cause a swollen lip,” Saland said.

“He’s trying to pierce a region of the body that could be fatal or inflict some sort of long-term impairment or disfigurement.”

Bederow called the caught-on-camera attack on Zeldin “an attempted assassination,” adding: “If they wanted to be really aggressive, they could have charged attempted murder.”

“This just makes a mockery of New York’s criminal justice system, that someone can take a swing at a gubernatorial candidate’s throat and be arrested and released in a matter of hours,” he said.

Why yes, yes it does. We have a case of a Bodega employee jailed and assessed thousands of dollars for bail in NYC for defending himself against an attack. After major outcry, he’s finally let go. However, someone attacks a U.S. Congressman and there are ZERO consequences for his actions.

Here’s an additional problem with this case.

Section 351 of Title 18, United States Code, makes it a Federal offense to kill or kidnap a Member of Congress, a Member-of-Congress elect, certain specified executive branch officials, a major Presidential or Vice Presidential candidate, a Justice of the Supreme Court or a person nominated to be a Justice. Attempts and conspiracies to commit such offenses or to assault any such individual are also made criminal by this section

Yes indeed. New York is so all in on their soft-on-crime approach and the idiotic cashless bail set up that they AND the Department of Justice ignore a very relevant federal law. The state of New York could let Jakubonis walk, but the feds SHOULD’VE stepped in and charged him per federal law.

UPDATE: The feds got a clue and arrested Zeldin’s attacker.

The suspect in the attack of Rep. Lee Zeldin, R-N.Y., was arrested Saturday afternoon on a federal assault charge, the U.S. Attorney’s Office in the Western District of New York announced.