Next post
President Trump Sounds Off On Covid Relief Bill 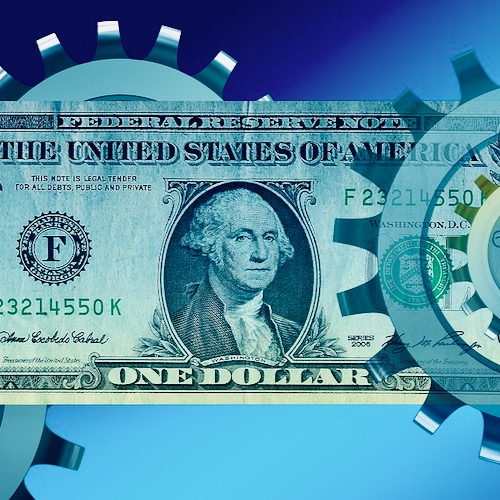 Capitalism is slavery. That was the proclamation made by newly elected Congressman Jamaal Bowman during an interview earlier this week.

““I believe our current system of capitalism is slavery by another name,” he said. “We’ve moved from physical chattel enslavement and physical racial segregation to a plantation economic system. One that keeps the majority of Americans unemployed, or underemployed and struggling just to survive, while the power elite continues to concentrate wealth in the hands of a few, and allow large corporations to pretty much run the world as multinational corporations. The pandemic has revealed it. With almost 300,000 dead from the pandemic, disproportionately Black and brown, and Jeff Bezos is the first $200 billionaire. In the next six years, he might become the first trillionaire. That’s slavery by another name. It’s a system that’s not working, so we need a new system.””

There is SO MUCH to unpack with his statement.

It is highly evident that Bowman, who used to be a school principal!, doesn’t know his history. The Democrat party was indeed the party of slavery. The Democrats absolutely did NOT want the 14th Amendment passed. They didn’t want blacks to have the right to vote. They refused to and worked to block school integration. Democrats have also pushed for more and more welfare. Guess what Jamaal, one of the key reasons that black unemployment has been so high is BECAUSE of Democrat sponsored welfare programs. When the government is handing you money, it essentially destroys any incentive to go find a job and WORK. That is anti-capitalism right there. It is socialism.

Secondly, his statement about Americans unemployed or underemployed… in the last four years, President Trump has been the one to provide incentives to the black communities, has supported historic black colleges financially – while Obama did not. Furthermore, black unemployment in the United States has been the lowest it’s been in decades. But Jamaal ignores all of that in favor of remaking the system to punish people like Jeff Bezos.

America needs a reckoning. We need a Third Reconstruction Agenda. We need to build on a foundation of truth, instead of the fables made up by those who've been able to tell the story of this country historically.

We can't operate in love, if we're not living in truth. pic.twitter.com/AuKxS73l9Z

If he’s looking to the 1619 Project as “truth,” then Bowman himself will be peddling fables. Bowman wants the power elite to pony up money and hand it directly to those who have none. Again, that isn’t capitalism. That is socialism.

There are some major black celebrities across this country who are, by the dint of their bank balances, the same power elites Bowman doesn’t like. Will he tell Oprah, LeBron James, Obama, and BET Founder Robert Johnson to hand over their millions and billions on his say so? I doubt it.

Let’s look further into his idea that capitalism is slavery. If that was truly the case, Oprah and Robert Johnson wouldn’t be where they are today. If capitalism was so enslaving, then any product he is using, including Twitter, Facebook, his phones and computers, wouldn’t be available for everyone. Instead it would be the government choosing who can and cannot buy or use the products. We would be dealing with a government that would be telling us how much is enough and no, you are not allowed to have that.

Now where do you think Jamaal Bowman has learned that capitalism is slavery?

“Ideologically, his mother inspires his thinking about politics and how the world should function. Growing up, Bowman saw himself as “Malcolm X-ite,” as he calls it. His mother instilled in him an appreciation of Black liberation and how the system of white supremacy oppresses and kills Black people. Angela Davis and James Baldwin also helped frame his political outlook. Besides the civil rights movement, Occupy Wall Street was critical to shaping his thinking; Bernie Sanders’ runs showed him that there is an energy for a new type of politics, and the BLM movement reinforced the thinking he had heard and read about throughout his childhood.”

Oh. Well, that certainly explains a great deal now doesn’t it? Then again, he’s also the newest member of the AOC squad.

Capitalism is about FREEDOM, not slavery. Capitalism and free markets have done wonders for economies around the world, but especially here in the United States.

Bowman believes that by getting rid of capitalism, then slavery is gone.

Hey Jamaal? You want Jeff Bezos to quit being rich. You believe that he is the bad guy for coming up with an idea that now provides THOUSANDS of jobs to Americans all over the country. You want to yank his money from him and give it to those who “deserve it.” What happens when all of Jeff’s money is gone and Amazon is no longer? Because that is exactly what you are proposing.

Capitalism is about ideas and opportunity. It is about stories like this.

Read the entire thread. Socialism kills ideas like that and destroys initiative.

Victor Davis Hanson has a word of warning for you.

“Regrettably, sometimes the naive and disaffected must relearn that their pie-in-the sky socialist medicine is far worse than the perceived malady of inequality.

And unfortunately, when socialists gain power, they don’t destroy just themselves. They usually take everyone else down with them as well.”

Going down this road is a losing proposition for Jamaal Bowman, but he’s going to dig a hole for himself while failing to realize that socialism kills, and capitalism is both freedom and opportunity.