Next post
Racists Cry "The Great Outdoors Are Too White!" 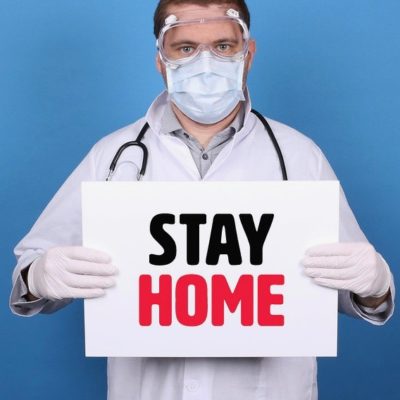 The university brains are at it again. This time, with a new “study” and “surprising” news: that Black Lives Matter protests in large cities may have slowed the spread of COVID-19.

So much for that. A new “study” claims otherwise:

Public health officials have spotted at least one bright spot amid all the discouraging data: the nationwide Black Lives Matter protests, which began after George Floyd’s death at the hands of Minneapolis police in May, so far do not seem to have been dreaded “superspreader” events, as some feared they might. Several cities that saw major protests, including New York, Chicago, and Philadelphia, have not experienced a new surge in cases in the days and weeks following. And in cities and states that specifically set out to test protestors, like Massachusetts, Seattle, and Minnesota, the results have shown that demonstrators were not considerably more likely to test positive compared to the general population.-Tara Law, Time Magazine

Bright spot? Ha! Of course, wordsmiths of the journalistic world unite to spin the tale of panic causing Democratic governors to order businesses that reopened for a few weeks to be closed once again and Americans to become part of the masked mafia. COVID-19 cases are up, they say. But protestors hurling bricks at crowds in New York weeks back? Well, they either were not attached to Antifa and were “planted by Trump operatives” or had a justified reason to throw bricks, break windows and loot businesses owned by Black families. And those protestors in Seattle’s CHOP? Well, they, for sure, sanitized their hands before they took off their filthy bandanas and after passing the joint in the drumming circle of loooooovvvvve.

We think that what’s going on is it’s the people who are not going to protest are staying away,” said Andrew Friedson, the CU-Denver professor who is one of the paper’s co-authors. “The overall effect for the entire city is more social distancing because people are avoiding the protests.”-Andrew Friedson, the Colorado University-Denver

While older people were less likely to participate in the nationwide protests, younger people flocked to these protests. The study also concludes the new infections of young people contributed to this uptick in cases. The generation has spoken and has taken on the huge share of COVID-19 cases as of late. They have died to themselves to save grandma, you see. Their protesting and destruction in the streets may have helped grandma!

Even if there is an increase in the number of cases among the protesters themselves, to one extent, if the non-protesting population is engaging in greater social distancing, they are not going outside their house as much as they did…that counteracts any increase.” Dhaval Dave, Bentley University

While there has been an increase in younger individuals testing positive for COVID-19, communities have also seen increases in cases with the Hispanic population, interestingly enough. There are other factors to consider in the uptick of these cases. As a side note, Yakima county in Washington State, showing a “continued disproportionate impact on the state’s minority populations“. Because of the disproportionate amount of minorities being infected, a county in Oregon went as far as venturing to ask only white people to wear masks to protect the population. What did journalists fail to mention in these instances? The fact that it is summer and migrant workers have come to both Yakima County in Washington to work in the fields and Lincoln County in Oregon to work in seafood processing plants, one in particular, a COVID-19 hotspot.

Any person with an iota of logic would see the above increases as a colossal failure on behalf of governors like Washington’s Jay Inslee and Oregon’s Kate Brown to take extra care and make preparations for these migrant workers, some who do not speak English, to understand the risks of COVID-19 and work in safer, more sanitary conditions. Me thinks they dropped the ball on this. Or perhaps, maybe it is their subconscious white privilege rearing their ugly, serpent-like heads? Nope. Instead, governors like Inslee and Brown will blame selfish white people for supporting local businesses and being cavalier about the virus. They will attempt to mandate that only white people wear masks. While their focus was on these protests, they completely ignored another portion of marginalized immigrants and Americans.

In conclusion, the to sum up the study, according to “journalists”-the protestors, gathered en masse, masked up, you see, and therefore prevented the spread of COVID-19. Congratulations, guys. You’ve all managed to gather in a large crowd and NOT kill grandma. Now, let’s make sure we cancel all Independence Day celebrations because we cannot possibly gather in crowds to celebrate America’s birthday with a pandemic running amok. Nobody cares if we kill her.