Next post
Biden: Companies With 100 Or More Employees Must Be Vaccinated or Fined 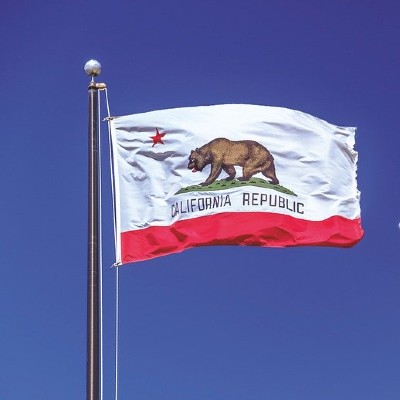 Next Tuesday, California will decide if Governor Gavin “The Hair” Newsom is recalled. And if he is recalled, who would replace him.

Desperation has been in the air for a while among California Democrats, as they well know that Newsom is not popular in the least. Their only hope is to convince Democrats in safe blue areas to come out and vote “no” on the recall. If they can drive turnout, Newsom – and his hair – will survive. The numbers will determine how he goes forward after the recall. If he manages to run away with the vote, nothing changes in California. If the vote is close, it will be interesting to see how the Democrats prepare themselves for the midterms.

This means that the California media are doing their best to smear Larry Elder, the Republican with the best chance of winning should Newsom lose the recall. Elder doesn’t have to win by a lot – he just has to win a simple majority of all the votes cast, which makes him a legitimate electoral threat. The Los Angeles Times ran with calling Elder “the black face of white supremacy.” Which makes total sense if you’ve lost your mind, and/or trying to deliberately smear someone.

In today’s LA Times.
You’ve got to be real scared and desperate to play the race card against the brother from South Central. pic.twitter.com/pqZIujKxPD

So of course this incident yesterday, when Elder was walking around campaigning and a white woman in a gorilla mask started throwing eggs at him, is not a national news story about racism.

Elder was on a tour of a homeless encampment in Venice Beach on Wednesday when the woman dressed in black and wearing a gorilla mask launched an egg at the conservative radio show host. The egg did not hit Elder.”

She is seen trying to hit the man in the face, prompting others to step in. Another woman in the crowd was also seen hitting a member of Elder’s team on the side of his face.”

Elder’s group cut the tour short and left in a white SUV.”

The conservative candidate said later on Wednesday that his security team had been assaulted and “shot with a pellet gun,” but added that “the intolerant left will not stop us.”

We all know the double standard involved here.

Needless to say, if a prominent black Democrat like Rep. Clyburn were campaigning & a Trump fan wearing a gorilla mask threw an egg at him, the story would receive nonstop coverage on CNN/MSNBC.

When it happens to a black Republican? So far just a single 5 second mention on CNN pic.twitter.com/WoMZASV4tO

The media have their marching orders, which is save Newsom’s sorry ass, and ignore anything that they would instantly freak out over if it had happened to a Democrat. And the marching orders include fluffing up Kamala Harris‘s lackluster visit to rally with Gavin Newsom yesterday. Bringing in Kamala really does smack of desperation.

The former California senator, who remains enormously popular among Democratic women and progressive voters of color, argued that the national consequences of this election could be huge if Newsom is replaced by a Republican.”

“You have to understand that this recall campaign is about California, and it’s about a whole lot more,” Harris said, trying to nationalize the race by voicing her outrage about the conservative agenda, particularly Texas’ restrictive abortion law that went into effect last week.”

She repeatedly denounced the efforts of GOP-controlled legislatures curtailing voting and abortion rights, pointing to “what’s happening in Texas, what’s happening in Georgia, what’s happening around our country with these policies that are attacking women’s rights, reproductive rights and voting rights, workers’ rights. They think if they can win in California, they can do this anywhere.”

Hey, Kamala? Pretty sure that the recall got millions of signatures not because of what is happening in any other state, but because of what is happening in CALIFORNIA. Also, Gavin Newsom sucks. But this is what happens when national politicians come in to campaign for more local elections. Elizabeth Warren did the same when she had a rally for Newsom, and spent her time whining about Florida governor Ron DeSantis. Wrong coast, wrong state, Lizzie.

But you know what else happens when national politicians show up? National issues get protested. And Kamala probably took off running when she heard them.

Protester Willy Moosayar explains why came to demonstrate at Newsom’s rally, and his message to @VP pic.twitter.com/20wWBJwIb5

About 100 yards from the Newsom rally stage in San Leandro, a city of about 90,000 residents located south of Oakland, some protesters chanted and waved the flag of Afghanistan during Harris’ appearance, Fox 40 of Sacramento reported.”

Social media posts by Sacramento-based reporter Ashley Zavala, a contributor to FOX 40 and other stations, showed some of the demonstrators.”

“Free, free Afghanistan!” the group chants in one video.”

Joe Biden is still planning on showing up in California “early next week,” reports claim. The election is next Tuesday. Given Biden’s penchant for being late, it would be hilarious if he showed up Wednesday. But seriously, if protesters who care deeply about what happened in Afghanistan are showing up to protest in California, what does that mean for the future of the “Biden-Harris” administration?

This recall election is happening right after a colossal failure of Biden’s doing. Even if Newsom survives, the voter turnout, and the margins of victory, are going to determine just how much the Democrats should be worrying about the midterms – and tell the Republicans just how hard they are going to need to fight for every single House seat, and Senate seat up for election.