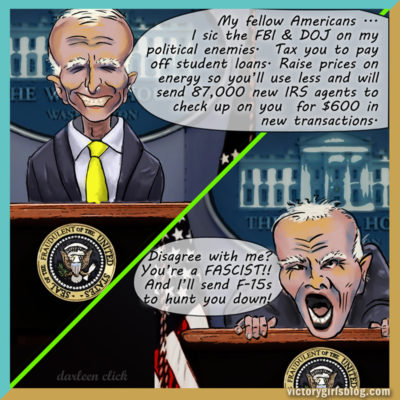 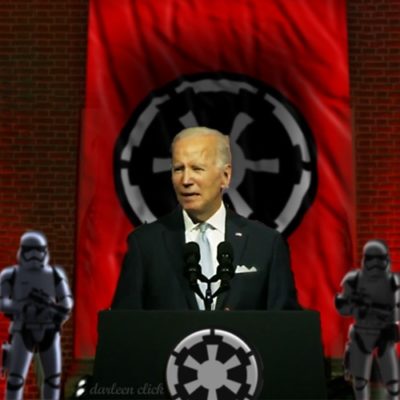 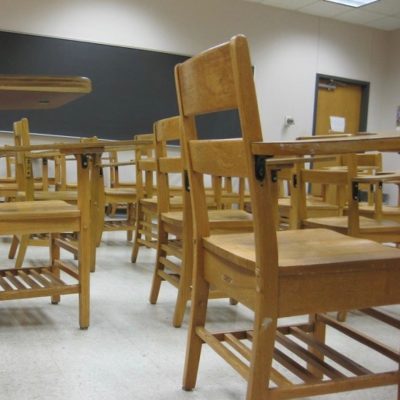 The Biden administration is hoping that all the parents out there have amnesia. Trust me, we do not. We know very much who was to blame for keeping kids locked out of schools in the fall of 2020, and it wasn’t Donald Trump.

The news is now coming out that – SURPRISE! – the school closures have wiped out DECADES of student test score gains. Who could’ve imagined THAT??? Hmmm, only ALL THE PARENTS IN AMERICA who were willing to admit that Zoom school was a poor substitute for actually being in a classroom. No less a left wing blue state authority than Governor Kathy Hochul of New York is willing to admit that now.

Hochul on school closures: “What a mistake that was. Women couldn’t go to their jobs, they lost their jobs, or they thought they’re back at their jobs, then 1 child in a class tests positive, the whole class goes home for a week & a half. It was chaos…& seems to have not ended.” pic.twitter.com/52vYdaxFtV

The parents who knew this was happening were desperate to stop it from happening to all the kids. And now we are reaping the whirlwind.

Math and reading scores for America’s 9-year-olds fell dramatically during the first two years of the pandemic, according to a new federal study — offering an early glimpse of the sheer magnitude of the learning setbacks dealt to the nation’s children.”

Reading scores saw their largest decrease in 30 years, while math scores had their first decrease in the history of the testing regimen behind the study, according to the National Center for Education Statistics, a branch of the U.S. Education Department.”

The declines hit all regions of the country and affected students of most races. But students of color saw some of the steepest decreases, widening the racial achievement gap.”

Much of the nation’s standardized testing didn’t happen during the early days of the pandemic, so the findings released Thursday gave an early look at the impact of pandemic learning disruptions. Broader data is expected to be released later this year as part of the National Assessment of Educational Progress, also known as the Nation’s Report Card.”

“These are some of the largest declines we have observed in a single assessment cycle in 50 years of the NAEP program,” said Daniel McGrath, the acting associate commissioner of NCES. “Students in 2022 are performing at a level last seen two decades ago.”

So naturally, those who are “in charge” of public school education are looking to find a scapegoat for these problems, because it sure wasn’t people like Randi Weingarten! After all, she gives teachers’ union money to Democrats!

If Weingarten’s tweet reduces you to spluttering, incoherent rage, congratulations. You have a working memory of everything that this woman and her unions did to keep kids out of school – right down to pressuring the CDC to change their “guidelines” so that schools couldn’t get themselves opened. Randi Weingarten has been actively trying to rewrite history to make herself look better for a long time now (while continuing to demonize parents for pointing out her massive failures).

So while Randi Weingarten tries to dodge her own culpability in the now-obvious and widespread education failures, Education Secretary Miguel Cardona knows who is REALLY at fault for all those school closures. That would be Donald Trump.

A few weeks after @POTUS put measures in place, a majority of schools were open for the first time since the pandemic started. But we are not finished – @USEdGov has more to do. Now, we have to repair the damage done by Donald Trump’s mismanagement of the pandemic.

At this rate, I am going to have to start taking blood pressure medication. Schools stayed closed in blue states, run by Democrats and teachers’ unions, and this is DONALD TRUMP’S fault? Meanwhile, let’s look at the test scores in Florida, where the schools reopened at the insistence of Republican Governor Ron DeSantis.

The Florida Department of Education released a new report saying the state’s standardized testing scores had reportedly exceeded their expectations for the 2021-2022 school year. According to FDOE, the grades “mark the first full school grade data release since 2019,” due to the lack of testing in the 2019-2020 school year, and the “opt-in nature” of grades the following year.”

The education department said it “applauds the hard work of Florida’s students, parents, teachers and school leaders as their collective efforts to support student achievement” and improve school grade levels while defying “conventional wisdom and established a foundation for further closing achievement gaps.”

Now, Florida’s scores aren’t perfect, but they are a whole hell of a lot better than what’s happening nationwide. For a public education system that has been screaming about “systemic racism” and “racial achievement gaps,” they sure did fail those kids on a massive scale.

In math, Black students lost 13 points, compared with five points among white students, widening the gap between the two groups. Research has documented the profound effect school closures had on low-income students and on Black and Hispanic students, in part because their schools were more likely to continue remote learning for longer periods of time.”

The declines in test scores mean that while many 9-year-olds can demonstrate partial understanding of what they are reading, fewer can infer a character’s feelings from what they have read. In math, students may know simple arithmetic facts, but fewer can add fractions with common denominators.”

The setbacks could have powerful consequences for a generation of children who must move beyond basics in elementary school to thrive later on.”

And I can’t even begin to describe the failures that have impacted special education students. It would take me all day.

The public schools failed the kids they were supposed to help, period. The teachers’ union, steered by Randi Weingarten, friend of Joe Biden who visits him at the White House, made sure those schools stayed shut unless the unions got what they wanted. And now that the test scores are showing what a shitshow the last few years have been, Miguel Cardona is trying to offload the blame onto Donald Trump. They really do think that we are all too stupid and ignorant to remember what they did during the pandemic. You know, kind of the way they’ve kept the kids stupid and ignorant.

Virginia was the test case that proved that parents are angry, and they vote. Comments like these from Randi Weingarten and Miguel Cardona, coupled with these horrible test scores, are only going to remind parents just how badly the Democrat special interests behaved, and failed to serve the community they pay lip service about helping.

Do not forget in November.