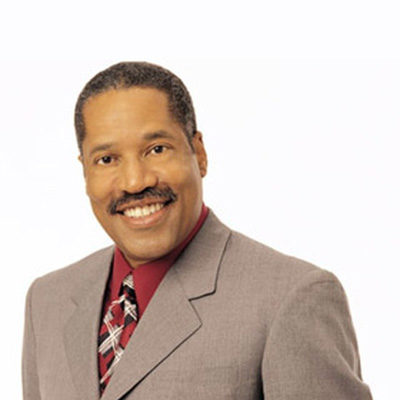 Previous post
Larry Elder: Dems Tell You Who They Are Afraid Of

Next post
Pat Tillman, Where Is The Hero's Last Jersey?

Well, Joe Biden is once again having to “explain” himself, because what he DID say ended up sounding really, really bad.

In the latest edition of “Biden Unscripted,” the president of the United States seemed to be fully on board with his administration’s desires for UNLIMITED POWER (cue Emperor Palpatine here) over the social media platforms. “You have a nice platform here, be a shame if something happened to it because information got out that we didn’t like” was the message coming out of Jen Psaki’s mouth. Those comments led to this “Biden Unscripted” moment with the press on Friday.

These unscripted moments, as scary and authoritarian as they are, are actually a gift. The saying “when they tell you who they are, believe them” applies here. Joe Biden may look like a senile and frail old man in decline, and he is, but he is a RADICAL senile and frail old man in decline. That “kindly moderate Grandpa Joe” was a complete wash by Democrats and the media (but I repeat myself) in order to make sure that he beat Bernie in the primary, and then inflated beyond imagining during the general election. Accusing Facebook of “killing people” is insane, and Facebook itself took umbrage at that remark, as Nina covered here.

While the media showed their glee by trotting out guests that agreed with Biden and wrote op-eds in concurrence that this was all Facebook’s fault, one can only speculate on the level of communication on the backchannels between Facebook and Team Biden. Did Facebook suddenly remember that they have this thing called the First Amendment on their side, and tell the Biden administration to go stuff their demands where the sun don’t shine? I wish, but that likely didn’t happen, because that would require Facebook growing a spine – something that they have decidedly lacked when it has come to the demands of the left to “play Calvinball with us, OR ELSE.” But something clearly did happen, because Joe Biden is now out in front of the press again, with a prepared statement about what he “meant” by “Facebook is killing people.” He did not mean what you think it means.

Joe Biden: It's not Facebook that is killing people, but Facebook users who are spreading "outrageous misinformation." pic.twitter.com/qEifueCmva

And we all know that this kind of spin has to wait until Monday, because Grandpa Joe doesn’t work on weekends.

“Facebook isn’t killing people, these 12 people are out there giving misinformation. Anyone listening to it is getting hurt by it. It’s killing people. It’s bad information,” Biden told reporters after giving remarks about the economy, referencing a study that showed a dozen accounts on Facebook are responsible for the majority of misinformation about the coronavirus vaccine seen on the platform.”

“My hope is that Facebook, instead of taking it personally, that somehow I’m saying Facebook is killing people, that they would do something about the misinformation, the outrageous misinformation about the vaccine,” Biden added. “That’s what I meant.”

Asked if he felt Facebook has done enough to curb misinformation on its platform, Biden said he didn’t think they had as of the last few days, but did not know for sure.”

“I’m trying to make people look at themselves,” he said when asked how he might hold Facebook and other platforms accountable. “Look in the mirror. Think about that misinformation going to your son, your daughter. That’s all I’m asking.”

That’s a level of spin that obviously got workshopped over the weekend. The president of the United States telling Facebook to essentially look into their hearts and do what is right, is still a level of authoritarian control that stinks to high heaven. Soft-pedaling back the killing accusations was the obvious thing to do, but the implicit threat remains. (Though if Facebook ends up banning Robert F. Kennedy Jr. for being an anti-vaccine lunatic, I will personally find that hilarious, because a Democrat overreach into information suppression that ends up with a Kennedy being banned would be amazing.)

The threat to free speech isn’t any less just because Biden had to take back his Facebook comments – he just meant the same thing, but in a nicer way. After all, there are no mean tweets from the Biden White House – just the sound of the First Amendment being flattened by the steamroller of the radical left, and you’re not supposed to be paying attention to that.