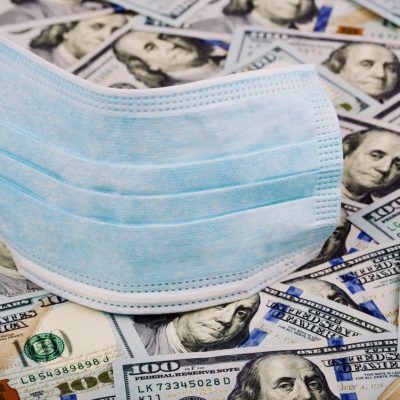 Next post
Blame States For Lack Of Economic Recovery, Not Trump 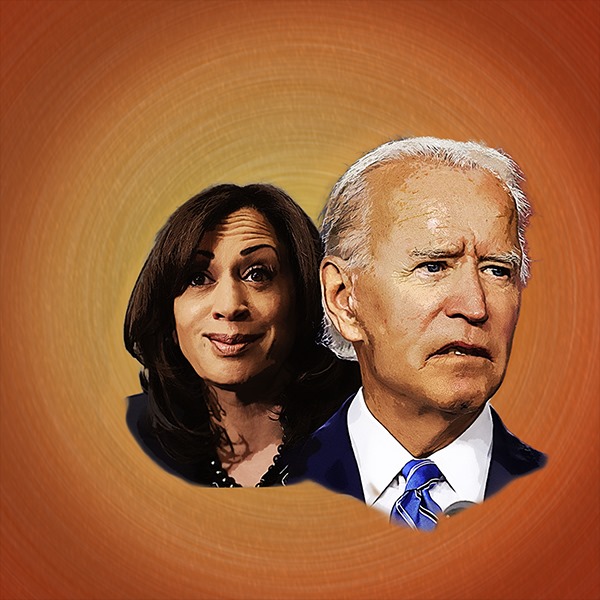 The first “full” interview of Joe Biden and Kamala Harris on ABC aired last night. It was filmed right after the convention, and was supposed to be a “substantive” interview.

It was a softball puff piece. Both David Muir and Robin Roberts interviewed Biden and Harris, with Muir’s part of the interview dealing with a whole range of issues, including the “defund the police” movement (which Nina covered here as it was released early to the public).

But neither candidate can actually explain why they are suddenly all buddy-buddy when we all saw for ourselves the open animosity during the debates. When Muir asked Harris about her attack on Biden during the debate over bussing, she sidestepped giving any answer and instead praised Biden now. Roberts brought it up, and Harris again had to confront the fact that her big debate moment is the biggest cudgel against her as Joe Biden’s running mate. Her first explanation, to Stephen Colbert, was the fake laugh and the confirmation that she’s a liar who will say anything – “IT WAS A DEBATE!” When Robin Roberts asked, she was told that the question was a “distraction.”

Asked to reconcile her current praise of Joe Biden and his campaign with her criticism of the former Delaware senator’s decades-old positions on school busing during the June 2019 Democratic presidential debate, Harris argued that the topic is less important than the public health and economic crises currently affecting Americans.”

Translation: I will say anything to get elected, please don’t bring this up again.

When asked why he picked Harris for vice president, Biden gave a lengthy explanation that ABC packaged up into a neat little video montage about the awesomeness of Kamala Harris.

And once again, the idol of Beau Biden again gets brought up. Because if there’s anything that can be connected to Beau, Joe will bring it up.

BIDEN: I mean she had the best recommendation she can get: my son Beau, not a joke. Beau asked me when she was U.S. Attorney General, they were attorneys general together taking on the banks, and I got a call and he said, “Dad, I want you to go to California.” I said, “OK honey, what for?” He said, “I want you to nominate Kamala Harris for United States Senate.” I said OK, without asking. And they were good friends and Beau had great respect for Kamala, knew she was tough. She has a backbone like a ramrod. She’s completely thoroughly honest, and so I, you know, I’m not joking. You knew my relationship with Beau. So it was easy for me, it was easy for me.”

Uh huh sure Joe. You both obviously and mutually loathed each other while Harris was on the debate stage, and now everything is hunky-dory because Joe remembered that Beau liked Kamala Harris.

When Biden was asked if he and Harris talked after that infamous debate, he took the chance to do the two-step himself.

BIDEN: As matter of fact, we talked after the debate, exchanged pleasantries. I think what’s– I think there is an inherently greater burden on women seeking the presidency than on men. I think there’s, there’s an inherent sexism that just pervades our politics and, and I was, you know, I remember (former Sen.) Barbara Mikulski (D-Md.) saying to me that you can always tell when a guy really means it by look how strong his mother was.”

Pressed by Roberts over the former vice president’s comments on race, Biden’s running mate, Sen. Kamala Harris, said that she and Biden have had conversations over the course of the 2020 campaign on the state of race relations in America, and that as president, Biden would say the words “Black Lives Matter.”

Soooo… the most important thing about Joe Biden, despite his long and blundering history on race, and despite the fact that his own running mate implied that he was a racist by the company he kept, is that he will say “Black Lives Matter.” So, if a sitting president says “Black Lives Matter,” it’s a magic spell just as effective as “abracadabra!” or “Bibbidi-Bobbidi-Boo?” Biden says “Black Lives Matter” in the Oval Office and POOF! everything is fine now? What utter horseshit.

There is no way that there has been an actual substantive conversation about race relations between Biden and Harris. There has only been the campaign laying out the best possible platform to appease the left and still trying to hang on to moderates, mouthing the words “Black Lives Matter” while ignoring the riots and chaos being sown, as well as the Marxist ideology being pushed by the group. There has been the downplaying of Harris’s accusations against Biden, and the downplaying of Biden’s “you ain’t black” moment, all in an effort to convince the public that the air has been cleared between them.

The only thing uniting Biden and Harris at this moment in time is their mutual loathing of Donald Trump. And maybe the memory of Beau Biden. It’s plain as day that Joe Biden didn’t choose Kamala Harris of his own volition, but he’s been told this is the best shot he’s got. Who did want Kamala Harris as Joe Biden’s vice president? Barack Obama. Obama even spoke before Harris at the DNC, and his preference couldn’t be clearer. Biden is the figurehead. Harris is the future.

And the truce between them only exists because they’ve been told that the other is their best shot to get to the presidency.