Joe Biden Delivers His Own Eulogy 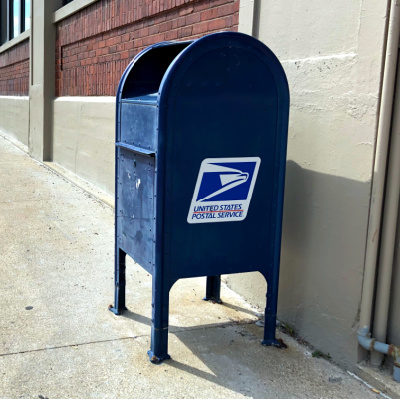 Next post
Lying About Mail-in Voting Continues At DNC

Joe Biden Delivers His Own Eulogy

This speech was the end of Joe Biden’s political career. This was his political eulogy.

Even if – God forbid – he is elected president and delivers speeches again, they will be extremely short. The man who is now formally the Democrats’ nominee for president will never be any stronger cognitively in the future, which means that as he continues to decline, every effort will be made to keep him in the basement. We all know Joe Biden will never run for office again. Should he be elected, conventional wisdom and polls both state that his odds of getting to complete his first term are low. So, this is really the end for Joe Biden.

The speech was boilerplate Joe, rehearsed to death in order to avoid any mistakes. There was nothing new or dynamic about this speech – though the random yelling made it sound like someone was messing with the volume, as Biden raised his voice a few times a little too loudly for “emphasis,” but just came off like Grandpa shouting about how his hearing aid needed a new battery. The thing is, Joe Biden only had to show up and prove that he still had a heartbeat. And he did it. He did not fall over, or mangle his words, or collapse onstage. The bar was on the ground, and he walked over it.

BTW this is the problem with setting the bar so low for Biden’s ability to speak that you paint a picture of him seeming like his brain is broken — he basically gets through a very blah speech without stumbling too much and he has far exceeded the expectations you’ve set for him.

Up until COVID hit, this election was not this close. Joe Biden and every single other Democrat is trying to turn this election on how President Trump has handled the COVID situation. They all blame him for not waving a magic wand, when in reality they all talked a different game back in February. And now Joe Biden will unconstitutionally push executive power even further if he is elected president.

. @JoeBiden just said that there will be a National Wear a Mask mandate in January 2021.

And here, in a nutshell, is the entire Democrat argument. ORANGE MAN BAD, so wear a mask and vote for Biden and all will be well. Until he doesn’t make it through his term, and then you know who is on deck to replace him? That’s right, Kamala Harris and her annoying laugh. But entire Democrat push has been for ol’ Joe, and tonight, it was his time to party. After all, it’s only been in his plans for 40 years and it’s been 32 years since Joe Biden started running for president. Tonight was the pinnacle of that dream.

There was nothing exciting about this speech, no new proposals, no promises that with Joe Biden and his plans, things will change. Nope. It was very much a rehearsed bash-Trump-fest and not much else. Except that we will all be wearing masks when Joe Biden is president, apparently, even though that is well beyond his Constitutional authority.

Joe Biden wants a national mask mandate, which means it's enforced by… wait for it… the feds.

And so ends the political career of Joe Biden. All I can say after four cringe-filled days of radical Zoom meetings, hyper partisan speechifying, and Hollywood celebrities that clearly need lines written for them, is…. Republicans, please do better than this next week.