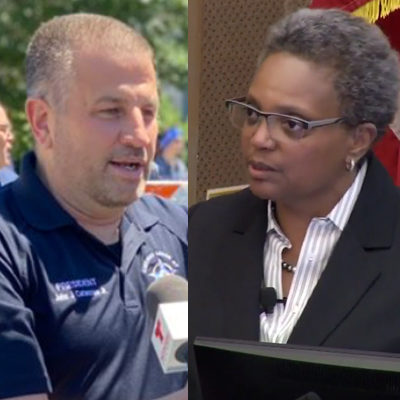 Next post
Will Liz Cheney Investigate Insurrection At Interior Department? 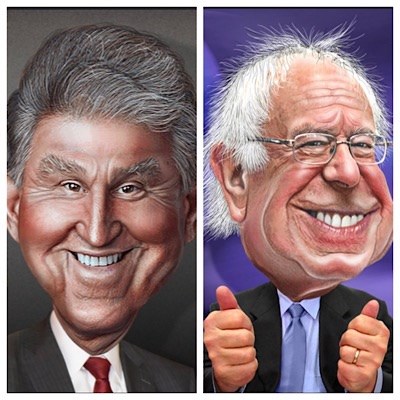 Give Bernie Sanders credit. The old socialist is completely committed to getting the money for his massive spending spree.

The problem: Joe Manchin and Kyrsten Sinema are standing in his way, and they aren’t moving. Manchin has been quite up front about what he won’t vote for – which is what he told Chuck Schumer months ago – and this $3.5 trillion social spending wish list is not it. Bernie Sanders can sense the chance for cramming down this vote via reconciliation slipping away, especially as the gubernatorial vote in Virginia is a statistical dead heat. If Glenn Youngkin upsets Terry McAuliffe in Virginia, moderate House members are going to run as fast as they can away from Joe Biden’s agenda, and then even Nancy Pelosi won’t have a shot of whipping up enough votes in the House to pass the “Build Back Better” boondoggle.

So Bernie Sanders decided to throw down on Joe Manchin on his home turf. Namely, the Charleston Gazette-Mail in West Virginia. Bernie got an op-ed published in the paper, in which he extolls all the virtues of what $3.5 trillion of spending can buy FOR YOU, West Virginia, if only that big bad Joe Manchin wasn’t holding things up.

The $3.5 trillion Build Back Better bill, supported by President Biden and almost all Democrats in Congress, is an unprecedented effort to finally address the long-neglected crises facing working families and demand that the wealthiest people and largest corporations in the country start paying their fair share of taxes. In fact, this legislation would be paid for by ending loopholes and raising taxes on the 1% and large profitable corporations.”

Bernie then goes into all the “goodies” that will be handed out with taxpayer money, and wraps it up by pointing his finger directly at Manchin.

I believe that now is the time, finally, for Congress to stand up for working families and have the courage to take on the big money interests and wealthy campaign contributors who have so much power over the economic and political life of our country.”

Poll after poll shows overwhelming support for this legislation. Yet, the political problem we face is that in a 50-50 Senate we need every Democratic senator to vote “yes.” We now have only 48. Two Democratic senators remain in opposition, including Sen. Joe Manchin, D-W.Va.”

This is a pivotal moment in modern American history. We now have a historic opportunity to support the working families of West Virginia, Vermont and the entire country and create policy which works for all, not just the few.”

Let’s just say that Joe Manchin was not amused by Bernie’s little stunt of getting published in a West Virginia paper. Manchin isn’t going to be named and shamed into falling into line behind Bernie Sanders. He knows who his constituents are.

Mitch McConnell is definitely smiling right now. Is this the payoff for McConnell having taken the debt ceiling pressure off Manchin and Sinema? Or is this just more evidence that Joe Manchin is really disgusted with Democrat leadership antics, and has therefore hardened all of his previous opinions? Either way, it’s working out well at the moment for anyone with a shred of fiscal sanity.

However, Bernie Sanders had more blame to assign for why he can’t get this bill passed.

New Sanders statement pins blame on the media for Americans’ lack of awareness of what’s in the BBB plan, says press has done an “exceptionally poor job” covering the bill and that there has been “very limited coverage as to what the provisions of the bill are” pic.twitter.com/JJ0CI27wBJ

Hey, where have we heard that argument that the media should be blamed for not selling this boondoggle to the American public before?

Oh yes, Bernie Sanders is parroting Nancy Pelosi now, because Democrats expect (with good reason) the media to do their bidding. Congratulations, mainstream media, you are nothing more to the Democrats than mouthpieces who are supposed to do their bidding. Enjoy your scolding for failing to fulfill their every whim! You’ve earned it.

Meanwhile, now that Joe Manchin has put Bernie Sanders back in his place, what will Bernie do? He has already burned his bridges with Kyrsten Sinema, so there is zero way that she responds to any attempt he makes to shame her into voting with Democrats. Old socialist Bernie is going to have to take his lumps and start cutting chunks out of his wish list, because all the attempts to soften Manchin up and shame him into compliance have continually backfired. Bernie Sanders nearly cost Joe Biden the Democrat nomination. It would be hilariously fitting if following Bernie’s radical socialist spending dreams ends up costing Joe Biden his legislative agenda, too.