Bergdahl Defense Today: The Other Soldiers are Psychopaths

Bergdahl Defense Today: The Other Soldiers are Psychopaths 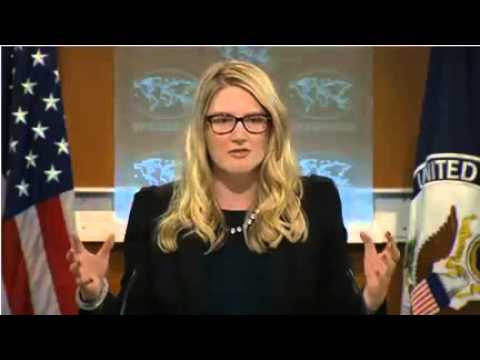 If at first you don’t succeed, send in the clowns to make an absolutely unhinged accusation.

Yesterday, NBC’s Chuck Todd reported that White House officials called the criticisms of Bergdahl’s platoon mates “swift boating.”  Marie Herf, varsity cheerleader underling at the State Department, got sent out to say that those same platoon mates don’t really know what happened, even though they were there.

Well, that spin didn’t stick.  So, in the proverbial attempt to throw crap against a wall and see if it sticks this time, enter HUD official (and former VA official) Brandon Friedman.

Here's the thing about Bergdahl and the Jump-to-Conclusions mats: What if his platoon was long on psychopaths and short on leadership? (1/5)

What if he grew disillusioned with what he saw, didn't trust his leadership, and walked off? Legal? No. Worthy of sympathy? Maybe. (2/5)

If that were the case, the soldiers in his platoon would have all the more reason to smear him publicly now. (3/5)

Given other examples, it's not out of the realm of possibility–and more reason to withhold judgment until after an investigation. (4/5)

I'm not a fan of such speculation, but this story could not be more unbalanced–with so many premature calls of "traitor." (5/5)

And let’s remember – this is not some press spokesman, or media flack.  This is an actual administration official outright saying, “Hey, maybe all those soldiers are CRAZY and Bergdahl did the noble, if wrong, thing and walked off?”

Notice that they aren’t denying anymore that he deserted.  The media failed to swallow the “captured on patrol” canard (mostly because of the extant stories regarding Bergdahl before his retrieval), so now the new administration spin is to discredit anyone who says publicly that Bergdahl planned his desertion, and that this 5 for 1 trade was one of the worst deals ever.

Friedman scrubbed his Twitter bio shortly after these  tweets were made, so it wouldn’t be overtly obvious that he works for the administration.  Nice try.  How did you draw the short end of this stick, Friedman?  Was Susan Rice unavailable to make a fool of herself today?

And Obama is now trying to dismiss the whole Bergdahl affair.  He’s never surprised at “controversies whipped up in Washington.”  And he’s hiding behind the “leave no man behind” principal and that Bergdahl’s health was “deteriorating.”

The doubling down smells of desperation.  The administration knows they got caught with their pants down on this one.  And unlike all those many, many, MANY times in the past, news outlets other than Fox are actually taking notice.  This time, the fecal matter isn’t sticking to the wall.  And without their loyal lapdog media to cover for them, the administration is panicking.