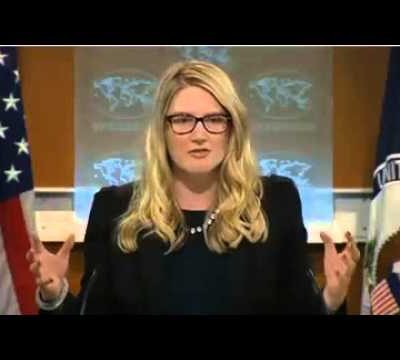 Previous post
Bergdahl Defense Today: The Other Soldiers are Psychopaths

Next post
Seattle Pacific University Shooting - How Do You Stop Evil?

by Catherine Wilkinson in Headlines 7 Comments

How much longer is this kind of rhetoric, coming from the White House, going to stand without challenge?

How much longer are the scum sucking sycophant mainstream media going to continue to cover for the absolute tyrannical , idiotic, deceptive, law-breaking, traitorous stream of ludicrous baloney that streams out of the White House, State Department,  and various other dark holes of lunacy on a daily basis?

How many more “psychopaths” have to die, defending a country that has a President, who is a complete and utter wimp that can’t be bothered with integrity, honor, the truth, or let’s face it, anything that doesn’t benefit him personally or politically.  Look up the real meaning of “psychopath”, then tell me who’s the psychopath.

How much longer are citizens (the ones who still believe in the United States Constitution and laws) of this country going to put up with “one more time”?

I (along with too many others to count) called for Obama’s impeachment a while ago.  Read that.  It’s only gotten worse – in the few months since I wrote that, he’s been emboldened and enabled by a complacent and willfully ignorant citizenry, a politically polarized and cowardly Congress which has allowed, by default,  the most blatantly traitorous action this country has seen in a very very long time.  And I’m not even bringing up Benghazi.  Or Fast and Furious.  Or IRS penalizing citizens for their beliefs.  Or the NSA spying.  Or…sheesh, I’m tired already, I’ve only just scratched the surface.

Yes, unfortunately Obama is our “We, the People” responsibility and problem and it’s way past time “We, the People” pay attention to what our country’s founders intended and take definitive action – impeachment.  It’s time to trundle that socialist community organizing man-child out of the White House with a one-way ticket to a Islamic country he might feel more comfortable in.

If the White House thinks our military heroes are “psychopaths” what do you imagine they think of YOU?  Let that thought marinate in your head for a while.

Y’all better pay attention, because right now is a defining moment for this country.  This isn’t about politics, Democrat versus Republican, Conservative versus Liberal – this is right versus wrong.  Obama, the current administration, and their sycophants are seriously wrong.  And by wrong I mean breathtakingly stupid.  No, I take that back….stupid AND breathtakingly wrong AND evil.  Nothing Obama does from this point forward will end well or good.

This has gone too far.

And if there are people (there are) who think swapping a deserting self-professed anti-American soldier for free-roaming murderous terrorists is okie dokie because Obama said so, we can get to those asshats eventually.

But first, let’s do away with the tumor.  Then we can work on the chemotherapy.

Impeach now.  And make it fast and furious.