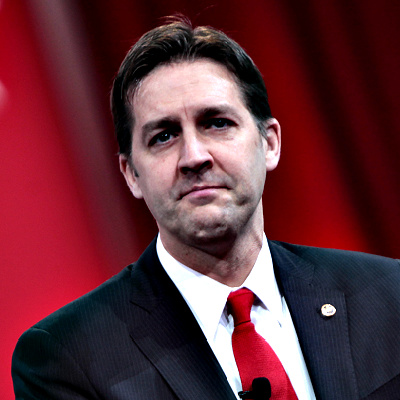 Senator Ben Sasse dumped on “narcissistic” President Donald Trump in a telephone town hall with constituents this week. The junior Senator from Nebraska warned of a Republican bloodbath and feared losing the Senate, if Trump loses the election. Makes me ever so glad that I don’t live in Nebraska.

Politicians have a well-deserved reputation for being two-faced, lying, pony soldiers. I mangled Joe Biden’s quote because even the ugliest dog is cute. There is nothing cute about the politician who says one thing to your face and the opposite to another group. Ben Sasse is now the poster politician for the two-faced, lying, pony soldier. Although he has a Ph.D. in History from Yale, Sasse doesn’t seem to know much about the subject. Disloyal, lying punks always get caught.

When last we saw Ben Sasse, he was giving an “Eighth Grade Civics Lesson” during the Judge Amy Coney Barrett hearing. I watched him and thought to myself, “Wow, this guy is a comer.” From his speech:

But the real reason, at the end of the day, that this institution punts most of its power to executive branch agencies is because it is a convenient way for legislators to have… to be able to avoid taking responsibility for controversial and often unpopular decisions. If people want to get reelected over and over again — and that’s your highest goal — if your biggest long-term thought around here is about your own incumbency, then actually giving away your power is a pretty good strategy… it’s not a good life but it’s a pretty good strategy for incumbency.

Impressive, right? It’s the truth. Congress punts to the courts so that they can go home and lie to their constituents and blame someone else. So, color me gobsmacked, when weasel-boy Sasse turned out to be just like all of the others.

Ben Sasse is up for reelection for his second six year Senate term on November 3, 2020. In a telephone town hall, Sasse told his constituents:

“He was the one who said 10 to 14 days of shutdown would fix this,” Sasse said. “And that was always wrong.

“… I don’t think the way he’s led through COVID has been reasonable or responsible, or right.

“In his partial defense here, I think that lots of the news media has pretended that COVID is literally the first public health crisis ever. And, somehow, it’s Donald Trump’s fault. That’s not true. They just wanted to use it against him.”

The recording was obtained by the Washington Examiner, which printed a story Thursday and attached the recording to its website.

Really Ben. Which dictators’ butts have been kissed? What would you have done differently for Covid-19? It’s really easy to criticize when it’s not on you. Let us listen to Sasse in his own voice:

Ben Sasse remains the Mitt Romney of Susan Collinses: He talks a good game but generally falls into line with Trump at the drop of a hat. https://t.co/3cGVNM7aUW

That’s a pretty apt description. The Mitt Romney of Susan Collinses, perfect. Sasse is running against three other candidates in his reelection bid, so he is probably a lock. Let’s hope he doesn’t need Trump’s help. I wouldn’t give the two-face, lying, pony soldier one word of help. I thought of another slam: Ben Sasses is a better spoken Maizie Hirono. What’s up with you, Nebraska?