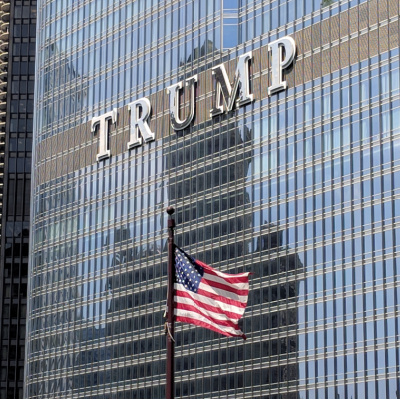 The Democrats have failed in every effort to smear President Donald Trump. The attempts are too numerous to list here, but you know them. Recently, there has been much speculation and innuendo regarding Trump’s $421,000,000.00 debt. The criticism comes from people who have never built even built a Pinewood Derby car. Yet, the Biden Family grifters get no coverage at all.

Donald Trump’s been a builder for 56 years. Although Trump.com lists 1976 as his first building project in Manhattan, when the future President was a senior in high school, his father bought Swifton Village in Cincinnati:

At a foreclosure auction in 1964, Fred Trump bought Swifton Village, a half-empty complex that was the largest in Cincinnati. Donald Trump was just a high school senior in a military academy, but assumed increasing responsibility in managing the complex through college and business school.

In his book “The Art of the Deal,” Trump described Swifton Village as his “first big deal.” He recounted, in a chapter titled “The Cincinnati Kid,” booting poor, nonpaying tenants who had “come down from the hills of Kentucky” with “seven or eight children, almost no possessions.”

His experience in Cincinnati “gave [him] a lot of confidence,” Trump said recently at an Ohio rally.

Savannah Guthrie brought up Trump’s debt last night at the NBC interrogation, but didn’t really let Trump explain. Trump brought it up today. And, just a few hours ago, Al Jazeera, look, my shocked face, brought it up. I will tell you about the loans, but first, I want to make two points:

1. Builders take on debt in order to build their buildings.

2. Builders occasionally go bankrupt because the market changes or times get tough.

Donald Trump has construction loans and Donald Trump has filed for bankruptcies approximately four times in order to restructure loans. The American Bankruptcy Institute examined Trump’s filings and came to the following conclusion:

PolitiFact took a look at all four of Trump’s Chapter 11 bankruptcies and determined that they were a result of business struggles largely beyond the billionaire-turned-presidential-candidate’s control. Like Trump in 1991, 1992, 2004 and 2009, you may be considering filing for bankruptcy due to circumstances largely beyond your control.

Those are absolute facts.

Enter Speaker Nancy Pelosi. Her scurrilous innuendo begins at about one minute in to this video:

This female, Pelosi, has some crust. What countries have leverage over Donald Trump? I mean this in all sincerity, Madame Speaker, you and the horse upon which thy entered.

The Washington Post editorialized on October 11 of this year:

We do not know to whom Trump owes his debts. But for all these reasons, we should. There is no evidence that the counterintelligence risk has come to fruition with the president, but there are signs — Trump’s refusal to call out Russian President Vladimir Putin for a variety of damaging actions, for example — that could suggest that the second, more subtle risk, may be playing out before us.

Same to you and your horse, WaPo.

Meanwhile, Al Jazeera has the answers AND it turns out that it’s all a matter of PUBLIC records:

When President Donald Trump appeared on an NBC town hall Thursday evening, moderator Savannah Guthrie posed a question that has come up a lot over the past two weeks.

“Who do you owe $421 million to,” Guthrie asked, citing a recent New York Times story on Trump’s tax returns that said the obligations will come due in the next four years.

The idea that his creditors are a mystery became something of a meme in the wake of the newspaper report, which said that lenders often aren’t identified on tax returns.

But the identities of Trump’s lenders have been known for a half decade. In 2015, then-candidate Trump filed his first personal financial disclosure with the U.S. government. It listed debt-encumbered properties, names of firms that issued the loans, maturity dates and a range of the value of the debt.

And, ladies and gentleman, without further ado, the creditors to whom The Trump Company owes its debt:

No mystery. No Russians. Financial Disclosure statements are often more illuminating that tax returns. Not that Nancy Pelosi would understand either.

Meanwhile, the Biden Family of grifters gets absolutely no coverage. As Nina wrote, the media was in a rush to bury the story of Hunter Biden and the family grift. Read Nina’s post here.

Arm yourself with the facts. Don’t forget to vote. Trump 2020.