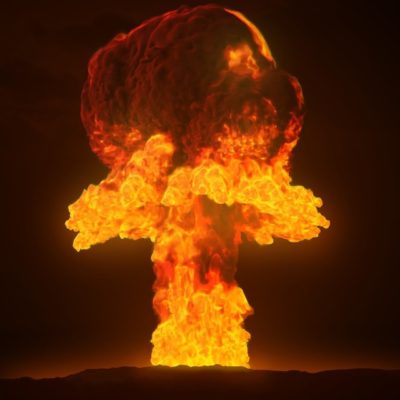 Next post
AP Cries Over Losing Their Hamas Office Space 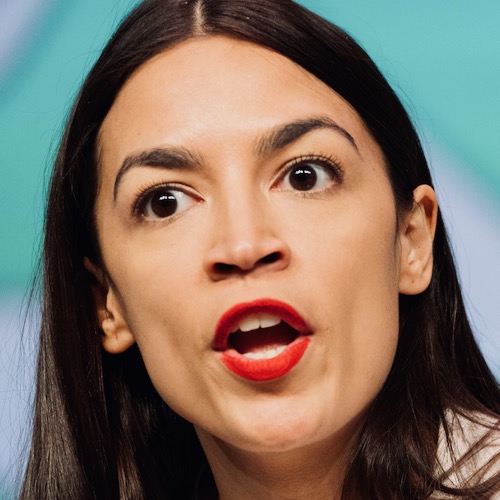 AOC hearts Hamas, and is slamming Biden for not supporting that terrorist organization. Why? Because REASONS.

Before I get into her vacuous statement, let me introduce you to what the New York Times has to say about this conflict. Back in 1988, Palestine sovereignty was a bad word among Democrats. Now, however, it’s different.

While the Biden administration is handling the growing conflict as a highly sensitive diplomatic challenge involving a longstanding ally, the ascendant left views it as a searing racial justice issue that is deeply intertwined with the politics of the United States.

On Thursday, a group of leading progressive members of Congress offered a rare break from party unity, giving fiery speeches on the House floor that accused Mr. Biden of ignoring the plight of Palestinians and “taking the side of the occupation.” Representative Alexandria Ocasio-Cortez of New York directly challenged the president, who had asserted that Israel had a right to defend itself. “Do Palestinians have a right to survive?” she asked in an impassioned address. “Do we believe that? And if so, we have a responsibility to that as well.”

Isn’t that just lovely of her? Yet, she is ignoring the decades of terrorism that Palestine has been engaged in. She’s also willfully ignoring the fact that many, and I mean many governments have consistently labeled Hamas a terrorist organization for years.

But that doesn’t matter to AOC and the rest of The Squad. Nope, not one bit. Instead they’ll chose violence over peace every single time. They’ll choose the scorpion and will never understand the consequences until it’s too late.

Israel has been shelled constantly for days straight now. The Iron Dome is amazing and I’m so grateful Israel has that in place. That said, we should also be very cognizant that it is the Palestinian government along with Hamas (aided by funds from Iran) who truly is at fault here. They’ve chosen to go on attack. They’ve chosen to hide in schools, hospitals, office, and apartment buildings. They are the ones who’ve chosen to use women, children, and seniors as their human shields in their vendetta against Israel.

Yet AOC is clutching pearls.

This is happening with the support of the United States.

I don’t care how any spokesperson tries to spin this. The US vetoed the UN call for ceasefire.

How can they credibly claim to stand for human rights? https://t.co/bXY99O3Wqp

Never mind, AOC will ignore that relevant fact as she has ignored many other facts because they aren’t convenient to her invented narratives.

AOC has friends here in the US who are ALSO incredibly happy to ignore actual facts. The Democrats who are blasting Israel are one such group. The Biden Administration’s fence straddling is another.

Today the President spoke with Israeli Prime Minister Netanyahu, reaffirmed his strong support for Israel’s right to defend itself against rocket attacks from Hamas and other terrorist groups in Gaza, and condemned these indiscriminate attacks against Israel. pic.twitter.com/baHWh1b6Q2

Oh my goodness, I bet that barbed wire was super painful! Meanwhile other vacuous idiots across the U.S. and internationally followed AOC’s lead on offering hearts, flowers, and protests on behalf of terrorist Hamas.

Breaking: At the #antifa anti-Israel direct action march, they tried swarming and attacking a California Highway Patrol vehicle on the road. They ignore orders to get out of the way. pic.twitter.com/8fUqrqdRFN

I’ll admit it, I watched and laughed. But then I stopped.

“Just one month after millions of dollars were released to Gaza in April, Israel, America’s strongest ally in the Middle East and a crucial security partner, is under attack. Thousands of rockets have been fired into the sovereign country in a matter of days. Children have been killed after shrapnel penetrated their bomb shelters. The leaders of Hamas and Islamic Jihad have brazenly admitted they are proxy forces engaged in a war against Israel on behalf of Iran.

“The mujahideen in Gaza and in Lebanon use Iranian weapons to strike the Zionists. We buy our weapons with Iranian money. An important part of our activity is under the supervision of Iranian experts,” Islamic Jihad Official Ramez Al-Halabi said during an interview this week.

“I salute all the components of the nation that embrace and support the choice of resistance back on the ground in Palestine. Here, I am particularly referring to the Islamic Republic of Iran, which has not faltered in supporting and funding the resistance financially, militarily and technically. This is an example of the Republic’s strategy,” Hamas senior leader Ismail Haniyeh echoed in an official video statement.

AOC hearts terrorist Hamas who freely acknowledges that they are funded by THE FOREMOST terrorist organization in the world – Iran.

The New York Times would have us believe that because the Abraham Accords didn’t include Palestine (while gently explaining that Palestine wouldn’t come to the table), this violence is the result. Which blatantly ignores the fact that the Biden Administration handed MORE pallets of cash to Iran and Hamas benefited from that largess.

And now Israel is defending themselves AS THEY SHOULD BE from continual terrorist attacks.

Here’s the deal with AOC’s heart for Hamas. She and the rest of the Democrats have been radio silent on the deaths of innocents caught in all the crossfire, specifically anyone from Israel. Look at her record from her campaign until now. She, along with the rest of The Squad have chosen. Hearts for Hamas and terrorism, Israel be damned.