Previous post
Testing Is The Key, So Where Are The Tests? 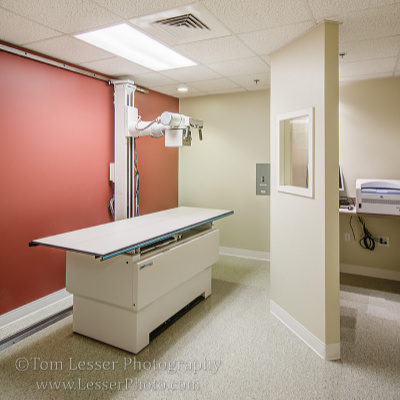 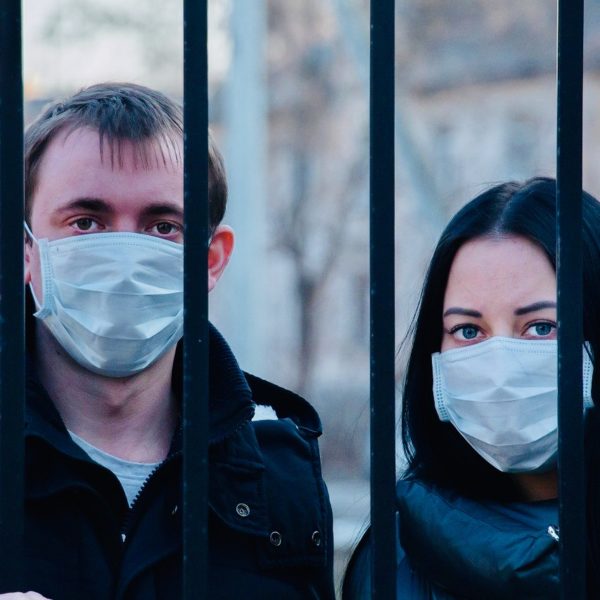 Anti-quarantine protests took place around the country yesterday because Americans have had enough of the draconian quarantine rules that are hurting our economy.

Michigan’s ‘gardening is bad, but abortion is essential’ Governor signaled that she would extend the lockdown if protests continue. Washington’s governor lectured the masses about risking lives. The mainstream media scolded protestors for their lack of masks and not adhering to the 6′ social distancing metric.

“They faced each other in a busy intersection in downtown Denver, the din of honking cars blaring around them. The man, wearing turquoise medical scrubs and an N95 mask, stood silent and resolute, blocking traffic in the middle of the road.

Opposite him, an unidentified blonde woman poked her head out the window of a silver Dodge truck. “This is a free country. Land of the free,” she yelled at him, pulling out a homemade poster displaying those very words. “Go to China if you want communism. Go to China.””

“Indeed, many say the faceoff — between a woman in a stars-and-stripes jersey demanding a return to normalcy, and a man in medical garb blocking her path — illustrates a rift that is now tearing at the seams of the United States: between those who want to reopen society despite the coronavirus pandemic, and those working on the front lines to handle its devastation.”

The “rift” is because rational thought has been run over by the media/social media hysteria that has been ramped up to nuclear levels since mid-March.

A few things to mention before going on.

Why are people protesting? Because they NEED their jobs back. Because if the economy doesn’t start reopening up, the sheer number of business failures, craft breweries for example, will be catastrophic. Because the cure really IS becoming worse than the disease.

As Knox County Mayor Kane pointed out after eight suicides were reported in a span of 48 hours, the lockdown is the problem.

“How can we respond to COVID-19 in a way that keeps our economy intact, keeps people employed, and empowers our people with the feeling of hope and optimism, not desperation and despair?”

Jacobs, who has libertarian tendencies and a very impressive grasp of Austrian economics, explained to his constituents that many so-called experts are offering them a false choice: healthy people or an open economy.

“In fact, we must have a healthy economy if we expect to have healthy people,” Jacobs said. “We don’t have a choice.””

Is it any wonder that he drafted a plan to reopen Knox County that even the public health officials agree with?

Due to the lockdown, oil fields are idle because the number of vehicles on the road and planes in the sky dropped like a rock. Leading to this result.

Excellent job lockdown cheerleaders. Is it any wonder that Texas has a reopen plan in the works?

Why the anti-quarantine protests?

Because our supposed betters in the government told us to stay home and flatten the curve so the hospitals wouldn’t be overwhelmed. We did that. But THEN our supposed government betters started telling us that:

WATCH: The Savannah, Georgia police department is now flying drones in parts of the city to remind the public to practice social distancing. https://t.co/Nq47Ykkbji pic.twitter.com/Yp6RW98E1G

This is just as bad, and in fact makes things worse.

How very ….1984 and unConstitutional of them. Meanwhile, protestors are mean! 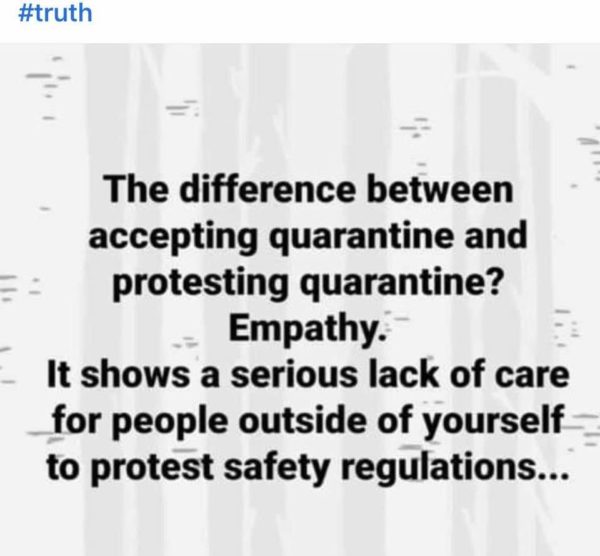 The anti-quarantine protests aren’t against our front-line healthcare workers. What these protests are doing is shining a light on the draconian lockdown regulations, and Constitutional overreach by government entities that are demonstrably causing more harm than good.