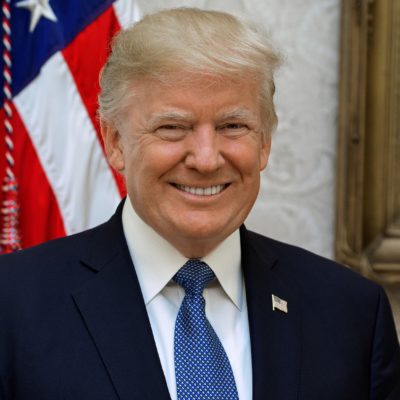 by Amanda Green in media 7 Comments

It should come as no surprise that the media has a huge problem with President Trump. Most of the MSM did all it could to make sure Hillary Clinton won the 2016 election and has spent the last 3-plus years doing everything possible to drive Trump from office. At a time when politics should not play a role in their reporting, members of the media continue to put their personal animus against the president ahead of their job to inform the public about Covid-19. Two of the worst have been the New York Times and CNN.

Our country, in fact the entire world, is caught up in the Covid-19 panic. This is a time when we should be getting information, not propaganda. This is a time when we need to hear our what the president and those advising him have to say about the current situation. Yet we have media mavens (at least in their own minds) urging their networks not to cover the prepared statement portion of Trump’s daily briefings. Yes, I’m talking about Chris Hayes (MSNBC) and Don Lemon (CNN).

I guess we shouldn’t be surprised that CNN did exactly that. When time came for the president’s Tuesday briefing, CNN didn’t cut away. At least not for the prepared portion of the briefing. In fact, it didn’t go to the briefing until Trump was wrapping up his comments before turning the mic over to Dr. Deborah Birx.

At a time when the media is beating the “this is the end of the world as we know it” drum, CNN chose not to let Americans hear what our president had to say. They hate the man that much, they are willing to do anything to keep the rest of us from knowing what he has to say on what is probably the most important topic of the day, the week, the month and possibly even the year.

You know it’s bad when Australian media picks up on it.

Others noted it as well and had a few choice words for CNN.

I never want to hear @CNN-ers  — everyone from Tapper to Stelter to Lemon — complain about there not being briefings again. They’ve spent over a year pre-pandemic complaining about no daily briefings with a press secretary. And now they’re ORANGE MAN BAD WE CAN’T,” NewsBusters managing editor Curtis Houck exclaimed.

The New York Times isn’t to be left out of this list of media misbehaving. Earlier this week, it ran a story about how Trump was at odds with state governors over testing for Covid-19. The article’s headline was, at best, clickbait. At worst, it was an attempt to spin so-called facts in such a way that it would negatively influence readers. In other words, the reporters wrote an opinion piece (you know, an editorial) and dressed it up like a news story. Little did they expect to be called out by noted Yale epidemiologist and activist, Gregg Gonsalves.

This is the same Gonsalves the Times wrote about in 2019. Back then, he was their golden child because he worked on all the right causes and advocated for all the right reasons. Today, well, at least two Times reporters not only don’t agree but told him to basically go away. Probably because a man who is devoting his life to fighting disease wasn’t toeing the approved propaganda line.

Gonsalves went straight for the jugular where Monday’s article is concerned. He accused the two reporters in question, Jonathan Martin and Maggie Haberman, of journalist malpractice.

This is journalistic malpractice. If we don’t have scale-up of testing, we will be in lock-down for months & months. There is no debate on this, why frame it like there is one? Next: Trump says earth flat, scientists say otherwise,” Gonsalves wrote, tagging Martin and Haberman in the tweet.

The answer to his question of why frame it the way they did is because they want to create distrust and panic, at least with regard to the president and his advisers. Martin’s response? It wasn’t an explanation of why they chose to frame the headline or the article they way they did. It wasn’t an invitation to have Gonsalves debate the issue with them or explain why he felt as he did. Oh no, it was the ever-mature “You’re picking the wrong fight, move along.”

That kind of reminds me of a little kid telling someone “You can’t make me”.

And that sort of thinking on the part of Martin and other reporters is what makes any coverage they do of the virus so dangerous. They frame everything as if it is solid news when, in most instances, it is opinion wrapped in their hatred for all things Trump. That’s another point Gonsalves made.

Your collective reporting on the political aspects of this have been off-the-mark. Everything is a Punch & Judy Show, and the real story of the absolute and continuing failure of the response to #coronavirus gets obscured in your reporting as “who’s winning the day” in DC.

While I don’t agree with him about the “continuing failure of the response” to the virus, I wholeheartedly agree with him about the behavior of the reporters. Part of the blame lays directly at their feet. But a larger part falls at the feet of their bosses, their producers, their networks. They have all put the political agenda above the safety and well-being of the nation.

And not just where Covid-19 is concerned. They do it every day with almost every topic that has anything to do with Donald Trump, his administration and the majority of the Republicans in Congress.

I have said it before but it has never been more important than it is now, as we face the ongoing problems presented by Covid-19 and the upcoming election: we must make our voices heard. We do so with the media by voting with our dollars. We don’t renew our subscriptions to their papers or their websites. We let their advertisers know we don’t approve of their tactics and we will look for alternative products as long as they continue to support the propaganda machine.

There is nothing wrong with the media presenting editorials or opinion pieces. But they should not try to pass those off as “news”. Like the president or not, there is no excuse for media outlets to refuse to cover the president’s prepared statements on what they are calling our state of emergency. They have a duty to the public, one they are completely failing to carry out. CNN and the New York Times aren’t alone in their misrepresentation of the facts. CBS got caught earlier this week pulling the same sort of thing. It has to stop.

MSM, you’re sick. Go home and self-isolate and leave the news to the independent outlets who aren’t afraid to let the public hear what Trump has to say about Covid-19 so they can make up their own minds about whether he is responding appropriately or not.