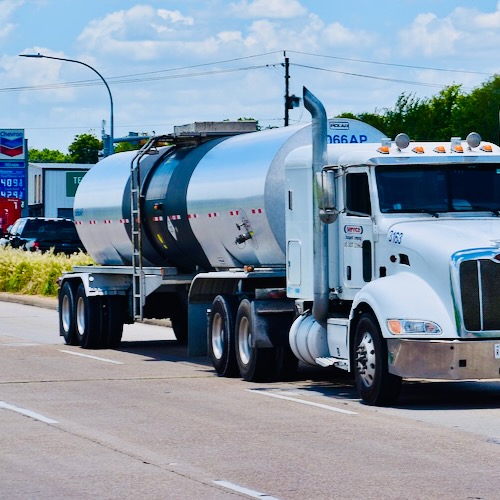 The U.S., particularly the Southeastern part of the country, will very soon have a major diesel fuel shortage on its hands.

In many areas, actual fuel prices are currently 30-80 cents higher than the posted market average, because supply is tight. Usually the “low rack” posters can sell many loads of fuel before running out of supply; now, they only have one or two loads. That means fuel suppliers have to pull from higher cost options, at a time when low-high spreads are much wider than normal. At times, carriers are having to visit multiple terminals to find supply, which delays deliveries and strains local trucking capacity.

Because conditions are rapidly devolving and market economics are changing significantly each day, Mansfield is moving to Alert Level 4 to address market volatility. Mansfield is also moving the Southeast to Code Red, requesting 72 hour notice for deliveries when possible to ensure fuel and freight can be secured at economical levels.

Read that last paragraph again. Mansfield is not a company to just sound an alarm for news clicks. No, this looming diesel shortage is very real. As in this news from Bloomberg via PJ Media:

The US has just 25 days of diesel supply, the lowest since 2008, according to the Energy Information Administration. At the same time, the four-week rolling average of distillates supplied, a proxy for demand, rose to its highest seasonal level since 2007.

That was on October 14th.

Taking from @JavierBlas: “US has just 106 million barrels of diesel stockpiles. Last time inventories were that low in mid-October was in 1951. Inventories should be 30% higher this time of the year.” Fed have another wave of energy-led inflation coming? https://t.co/HURQmUg2oH pic.twitter.com/vKMmCheowA

What has the Biden Administration done to alleviate this issue? What, if anything has Pete Buttigieg done to stave off this crisis? Not one damned thing that I could find.

I still haven't heard any response about the Diesel Fuel Shortage?
Isn't anyone concerned.
Are we just going to wait until the trucks and trains stop rolling?

Why is this looming diesel shortage a VERY BIG DEAL? Let me count the ways.

Trains run on diesel. Trains move a significant amount of product around the country. If the trains can’t run because of shortages, or possibly won’t later this month if the railroads DO strike, I shudder to think what will happen.

Oh, but let’s just transport everything via trucks! Except that semi trucks run on…you guessed it… DIESEL. Want your grocery stores supplied in a consistent manner, or your mail to arrive on time? Those semis need diesel fuel in order to make deliveries.

Want wheat for bread, corn for cornmeal and other by products? It’s harvest season right now. A significant amount of farm equipment ALSO runs on diesel fuel. No diesel, no crops harvested. Having grown up on a ranch, I can tell you that a significant amount of ranch/farm operations would come to a screeching halt if there’s no fuel available.

The Diesel Fuel Shortage?
Isn't anyone concerned.
Are we just going to wait until the trucks and trains and tractors stop rolling? #PetrolDieselPrice #Diesel pic.twitter.com/0jVI1AG3SS

Here’s another issue. Many many homes in the northeast use heating fuel to heat their homes. The shortages are already seriously impacting both prices (which are nearly $3 higher than one year ago) and ability to get fuel. Rationing is already happening in several states. Not only that, but Democrats in Connecticut decided it was a grand idea to add an additional tax on the fuel delivery trucks.

Some in the media are placing the blame solely on the issue of Russian imports getting shut down. Yet, that’s not the real answer as to why there’s a critical diesel shortage right now. Newsweek kind of gives it away here.

For the past two years, amid pandemic closures and climate pledges promising to invest more in renewable, green energies, refineries in the U.S. have significantly reduced their capacity—leading to less diesel produced in the country.

The Green Energy people have been working for years to get refineries to shut down. And many are no longer in operation. Which adds to the issue of being able to ramp up production. It’s difficult to do when refineries have been permanently shuttered because of climate change/green energy science crap.

Our country functions on a significant amount of diesel fuel. If that comes to a halt due to shortages, it won’t be pretty. Furthermore, this isn’t just a U.S. issue, it’s a global issue.

While I don’t want to sound alarmist, I hope all our readers pay attention to this very real Canary in a Coal Mine issue.

The Democrats believe the sole issue facing American voters is abortion. They are running down that hill as fast as they can while ignoring the genuine issues of inflation, tanking home prices and high interest rates, the national debt, border security, and fuel prices.

Some relief to the diesel shortage is on the way. At least two ships carrying a total of some 90,000 metric tons of diesel and jet fuel have been diverted from their original destinations in Europe to the East Coast, as reported by Reuters on October 14. The vessels carrying 1 million barrels of diesel are due to arrive in New York.

However, it will take some time to get that diesel offloaded and distributed. Furthermore, what are the current production levels at the refineries and what is/can be done to ramp up that production? What, if any, onerous government regulations are hindering production? Again, the Biden Administration is keeping a little too silent on this issue.

Take a good look around folks, and vote accordingly.