Next post
Dianne Feinstein Wants Senate To Be Non-Essential 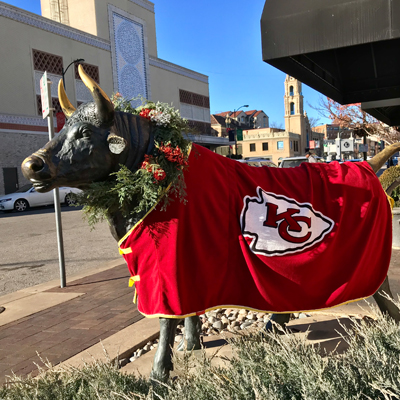 Kansas City, MO, will finally be reopening for business on May 15th. However, there’s one little catch: if you go to a restaurant, the city wants your name and information. It’s for the public good, you see. Oh, and in case you were wondering, that goes for church attendance, too.

Mayor Quinton Lucas revealed the new plan on Wednesday night, which says that if you wish to go to “non-essential” (their words, not mine) establishments such as restaurants, theaters, or yes — church — you have to provide your name and contact information. And that’s even if you attend a funeral.

It’s called the “10/10/10” rule, which means such establishments must be limited to 10% of capacity, or 10 people, whichever is greater. If someone patronizes a business for more than 10 minutes, the business must get their name and information.

“Our goal isn’t to see what everyone is doing and be Big Brother.”

Um, yeah, if you want the name of everyone who patronizes a business open to the public, you are Big Brother.

But the 10/10/10 rule doesn’t just apply to inside gatherings. No, it also goes for outside gatherings as well, for which the city has “allowed” a maximum of 50 persons. You have to provide your name and information if you’re one of those 50, too.

So if you want some brew and BBQ in KC you will need to relinquish your privacy. 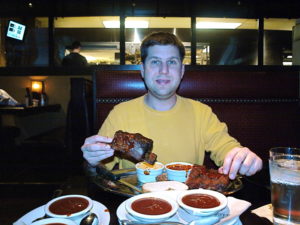 Oh, and if you don’t want to give your information, the business is required to refuse entry. And if that business doesn’t comply? The health department will enforce the rule, warning that infractions “constitute an imminent threat,” and “create an immediate menace to public health.” Such businesses may get a fine if they’re lucky, or ordered to suspend business if they’re not.

But KCMO residents can exercise their disdain with their feet, because as of this time the Kansas side of the KC metro will not be requiring persons to submit their information when Johnson County reopens on May 11th. At least for now. That county tends to follow what its bigger brother on the other side of the state line is up to.

Meanwhile, people are getting fed up with lockdowns, and especially with their elected (and sometimes appointed) leaders treating them like children. And they’ll revolt. Maybe they’ll join in the protests, or maybe they’ll display their anger silently, like park goers in Chicago. They’ve been tearing down fences that the city has put up to keep people out, and yet still social distancing in parks. As Chicago area pastor James Huenink wrote in The Federalist:

“This is what freedom looks like, tearing down fences but still staying safe.”

Will business owners in Kansas City join in silent protest as well, taking maybe a few names and letting the rest slide? How would the health department know? Unless, perhaps, there’s a snitch or two.

Providing your name and information is not about keeping people safe. It’s about small fry martinets maintaining their authority over the common people. And while we tend to look at mayors and governors as the source of authoritarianism, don’t stop there. Look at who’s running their health departments. They’re probably relishing their power trips, too.