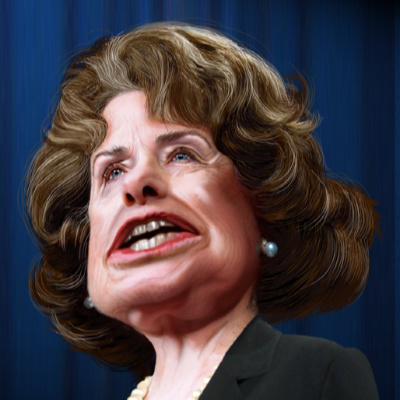 Every day Americans show up for their essential jobs. They know the Coronavirus is out there. They still work the hospital frontlines, deliver consumer goods, and work at the grocery stores. Speaker Nancy Pelosi made the House of Representatives non-essential when she declared that it was too dangerous for the House to go back into session. Now, Senator Dianne Feinstein is asking Majority Leader Mitch McConnell to cancel the Senate session and make it non-essential also.

Janitors, utility workers, food processing employees all go to work to keep our world “spinning in greased grooves.”. They take their chances with the Wuhan Lung Rot (thank you, Sarah). Speaker of the House Nancy Pelosi can’t take those kind of chances. She is too precious. Of course, she blames it on the Congressional doctor and sent her number two (in several ways), Steny Hoyer out to make the announcement that the House wouldn’t come back in session. From the Daily Mail:

The House of Representatives will no longer come back in session on May 4, House Majority Leader Steny Hoyer said Tuesday on a call with reporters.

Hoyer instead said the Congressional session would resume ‘very soon,’ but he explained that the Attending Physician of the United States Congress, Dr. Brian Monahan, indicated it was too much of a health risk for members to come back to Washington, D.C., because coronavirus cases in the area hadn’t decreased in number yet.

‘There was a risk to members that he would not recommend taking,’ Hoyer said.

Proof number 72,459 that the “those people” really do think they are better than we are. They are essentially “non-essential”. Andrea Widburg of the American Thinker wrote:

When it comes to the House of Representatives, the Capitol physician didn’t — indeed, he couldn’t — bar the door. He’s just an excuse. What really happened is that a noisy or sizable percentage of our 435 representatives were too afraid to go to work and decided that their responsibilities to the American people are so limited, even meaningless, that no one would care about their absence. In essence, as Pradheep J. Shanker tweeted, House members just declared that they are non-essential workers:

Sen. Dianne Feinstein (D-Calif.) is urging Senate Majority Leader Mitch McConnell (R-Ky.) to cancel his plan to bring the Senate back to Washington, D.C., on Monday, saying the House did the “right thing” by deciding not to return next week.

“I ask the majority leader to reconsider his plan to reconvene the Senate. He would bring 100 senators and many more staff members and reporters into close proximity while Washington itself remains under a stay-at-home order. There is no way to do this without increased risk. This is the wrong example for the country,” Feinstein said in a statement.

Forget noblesse oblige, DiFi is joining San Fran Nan in the Marie Antoinette carriage ride. Since I am not exactly an ingenue anymore, I think it’s safe for me to note that both DiFi and Nan are in the Covid-19 vulnerable age category.

Senator McConnell has rejected DiFi’s call to cancel the session because of that little old thing called “The Constitution”.

Yes, the Senate has judges to confirm, which is part of their Constitutional duty. And, they can modify the work environment. The House did that when they voted to pass the Payroll Protection Program. What changed? The curve got flattened. States are starting to open for business.

It sends a horrible message or horrible messages for the House and Senate to stay home. We pay them. If we can go to work, so can they. Nancy Pelosi is wrong. Mitch McConnell is right. The House will be seen as non-essential. Get on the plane and get to work Feinstein.