Previous post
Hollywood Is So Politically Correct It's Boring 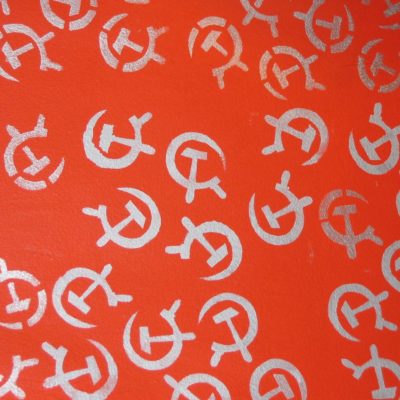 The Oscars, for the most part were boring. A bunch of holier-than-thou elite types eating vegetarian meals and spouting off meaningless virtue only is so interesting. But when a winner quotes the Communist Manifesto “workers of the world, unite” rallying cry in an acceptance speech, look out:

Granted, some of the twits out in the La-La Land audience probably did not know Julia Reichert, director of American Factory, quoted the Communist Manifesto. But she did to the sound of loud applause to a bunch of individuals who have never set foot in a factory.

American Factory is a film produced by Barack and Michelle Obama’s Higher Ground company for Netflix. The former President cheered on Reichert and her Communist rallying cry:

Congrats to Julia and Steven, the filmmakers behind American Factory, for telling such a complex, moving story about the very human consequences of wrenching economic change. Glad to see two talented and downright good people take home the Oscar for Higher Ground’s first release. https://t.co/W4AZ68iWoY

Clap, clap, clap. Workers of the world unite. Michelle needs another shopping spree tied in with a vacation complete with a charted jet to take her there.

A complex moving story will be when you and your administration finally pay for the injustices you have caused worldwide! #WWG1WGA #QAnon

Shall we count the injustices and the eight years of race-baiting? People are still falling over themselves for the Obamas because the Barry and Michelle knew what is best for our country. Like feeding kids soy nuts at recess instead of popcorn. Like telling us what is best for us because all of our young people are truly a bunch of knuckleheads. By the way, thanks for being so instrumental in creating a bunch of knuckleheads, Barack and Michelle. Seriously, we can’t thank you enough. Thank you so much for sowing the divide in our communities, in our schools and in our culture across the board and creating a bunch of offended, triggered young people. Thank you for being instrumental in creating a vain and entitled generation of some young people who just don’t want to work for squat. Instead, they believe in your fabled free government programs and that Socialism is the way to go because y’all didn’t think it was so bad. All praise to Saul Alinsky and Rules for Radicals! Workers of the world, unite for decent wages while Hollywood shouts and applauds and continues to collect their outrageous ones!

An estimated $65 million to publish their memoirs. A month-long speaking tour in Australia valued at $290,000. That is just a smidgen of what the Obamas are being paid in their lives as civilians in this great, Capitalist country of ours. The very one they like to denounce at every single opportunity they get.

The irony in all of this was the shout out to Netflix. Workers of the world unite. How much revenue does Netflix bring in? Yay, Karl Marx! Let’s look at what went into the making of the Oscars, shall we? I’ll start with the swag bags given to attendees. Swag bags with 24–karat, gold-leaf, crystal-infused bath bombs totaling $105 each. Personal training sessions totaled at $900 a session. A $78,000, 12-day vacation on a luxury yacht. Hollywood just loves when the workers of the world unite! Total cost of the Oscars this year? Try $44 million bucks. $149 million in advertising revenue gained for ABC. Curious about more of the Oscars breakdown? Look here.

Please make your next documentary about how America committed suicide by sitting idly by, praising celebrity and materialism while a band of corrupt politicians capitalized. American Selfie.

Barack wants to be so bold as to applaud the Communist Manifesto and call out ‘wrenching economic change” in an economy he helped create? I wouldn’t say it is any thanks to Obama that more jobs have been created for workers in our country. Actually, Obamas…YOU BOTH didn’t build THAT. But, you do get the honorary Oscar for claiming you did. You both will gladly take the Oscar for acting like the compassionate President and First Lady you guys claim you both were and actually giving a rats ass about the American people when in truth, you find our Republic despicable. Here’s your Oscar, your sycophants will gladly give one to you both.