Next post
Hillary Falls on the Sword for Obama 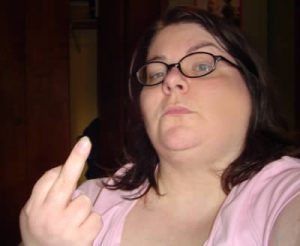 Romney has suddenly surged into the lead in swing states, thanks largely in part to women voters. This, of course, is just terrible for feminists, who are howling with outrage. The problem? Obama just isn’t talking about vaginas enough, gosh darn it! Wimmin don’t care bout no economy or national defense. They only care about the sex. And the abortion. And free birth control. And absolutely nothing else. So if only Obama had been promising wimmin that he’d be their new sugar daddy, he’d be in the lead right now.

Oh, what could have been.

Melissa McEwan, the disgraced blogger who was notoriously fired from the John Edwards campaign, explains it all for us dumb folks:

Swing States Poll: Women Push Romney Into Lead. “As the presidential campaign heads into its final weeks, the survey of voters in 12 crucial swing states finds female voters much more engaged in the election and increasingly concerned about the deficit and debt issues that favor Romney.”

There are, of course, other issues about which female voters are interested, but President Obama isn’t talking about them. As I said last week: “The Democrats’ silence on reproductive rights does not treat it like the marked party distinction it is; it treats it like an issue they don’t even think is worth talking about.”

So it all comes down to Other Stuff, and it’s too late now to go back and not concede the Republican talking point that the deficit is A Problem so that the entire economic conversation isn’t on conservative terms. Whoooooooooops!

That’s the cost of President Obama taking female voters for granted, of coasting on “Lilly Ledbetter” for four years, of the Democrats lazily assuming every woman will axiomatically vote for the party who promises to “protect Roe” while letting it be hollowed out in state legislatures across the nation, where women and other people with uteri have to actually navigate the restrictions their ostensibly pro-choice President couldn’t ever be bothered to criticize from his bully pulpit.

Because women don’t care about anything but abortion. Our little women brains can’t tackle such tough, manly issues like the economy, or national defense, or the Middle East.

In all seriousness, this is one of the most insulting things about feminists. They assume that women’s number one priority is abortion. It is the sacred cow of all women, everywhere, and they will vote for any candidate who promises to protect it forever and ever.

Of course, back in the real world, outside of feminazi nutso-land, the majority of Americans pro-life and not pro-choice, and that includes women, too. Not only that, but Obama and the Democrats have been pushing abortion. The Democratic National Convention was basically an abortion rights rally, and they’ve been pushing this “war on women” scare tactic for months now (unsuccessfully, I might add).

Perhaps the reason women have been flocking to Romney and the Republicans over Obama, Democrats, and the raving lunatics in feminazi-land is because Mitt Romney does not treat women as if their entire beings are wrapped up in their vaginas. Republicans realize that women care about more than just abortion, and aren’t so condescending as to believe that women couldn’t possibly care about the issues that men care about too. What’s really sexist here? The party that thinks women are worth nothing more than the sum of their reproductive organs, or the party that treats men and women the same?

Come on, Melissa. It’s not that hard. Use your little lady brain. You’ll figure it out.