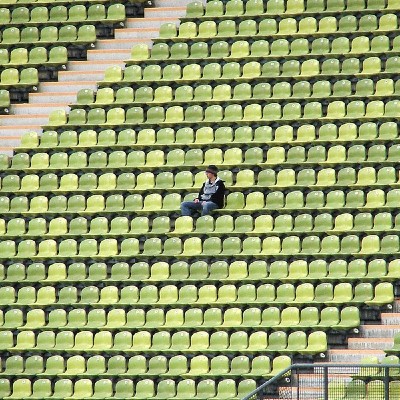 The Summer Olympics, which are being held in Tokyo right now after a year’s delay, are not drawing the eyes that they might have expected.

Even though there was a pandemic in full force last year, summer was one of those times that COVID had waned with the warmer weather. In retrospect, if the Olympics had taken place in Tokyo last summer, there would have been more people watching. After all, so many things had been canceled, that it would have at least drawn more interest than it usually does get. But instead, we got a year-long delay. The people in Japan, now having to go through another state of emergency due to hosting the Games, were almost universally against them even taking place. However, the contract between the Japanese government and the International Olympic Committee left Tokyo with little choice but to stage the Olympics.

But between all the social justice posing by different athletes and teams telling us just how TERRIBLE the United States is, and the disqualification of others, Americans haven’t exactly been excited about the Tokyo Olympics.

And with no spectators allowed in the stands for any of the events, it makes things like the Opening Ceremonies seem very odd and anticlimactic.

And despite the show that Tokyo put on, the viewing ratings took a dive.

The kickoff of the Summer Olympics in Tokyo drew about 17 million viewers in the U.S. on Friday on NBC, a roughly 36% decline from the opening ceremony for the Games in 2016, according to preliminary figures from the network.”

The Olympics came a year late because of the Covid-19 pandemic and are occurring without spectators in the stands. Comcast Corp.’s NBC aired the opening ceremony twice on Friday—live in the morning and again in prime time. Tokyo is 13 hours ahead of the U.S. East Coast. NBC’s viewership figure covers the TV broadcasts and streaming.”

And then there’s the COVID angle. While Team USA says that 83% of their athletes are vaccinated, it seems that nearly every day leading up to the start of the Games, we kept hearing about athletes testing positive and having to withdraw. The latest is a Team USA golfer, who tested positive before he could leave for Tokyo. The most high-profile American athlete that people will actually pay attention to this year is gymnast Simone Biles, and even Team USA’s gymnastics team has come up with a positive COVID test – but in an already vaccinated athlete. And here we are really getting into the insanity of it all. The point of being vaccinated is to keep you from becoming seriously ill or dying from COVID-19. A vaccinated person, with no other complicating factors, who tests positive, is not going to be seriously ill. And yet Tokyo is insisting on testing every single person repeatedly, fearful of even the slightest breakout, in a country with an older population and a very low vaccination rate at the moment. Why are we continuing to test fully vaccinated people at all if they are showing no symptoms?

With no spectators, Tokyo is losing out on tourist dollars that usually come with the Olympics, and the Japanese public just keeps seeing stories of COVID tests on athletes coming back positive. It’s little wonder that they are so negative about the whole experience already.

But hey, Jill Biden is enjoying herself! Whoever said that being First Lady doesn’t come with serious perks, like being the head of the United States delegation?

Remember when Mike Pence headed up the delegation to the 2018 Winter Olympics (and the left got all excited because Kim Jong-un’s sister was giving Pence side-eye)? Why is Jill Biden leading the Team USA delegation in Tokyo, and not Kamala Harris? Well, because nobody actually likes Kamala Harris, apparently, and Team Biden is all in on propping up the old man, no matter how incoherent he is, and that means that Dr. Jill gets to go to Tokyo.
https://twitter.com/NBCOlympics/status/1418940575462592513
Too bad no one is watching Jill Biden have fun, either in person or on TV. Let me know when Simone Biles is ready to take all the medals away from the Chinese women gymnasts, because THAT, I will make time to watch.