Next post
Rushdie Attack Was An Attack On Free Speech 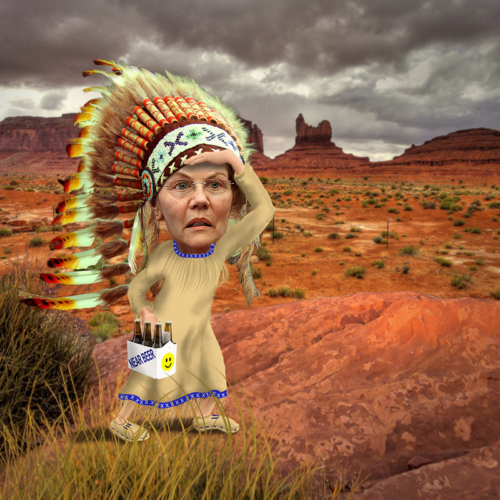 Oh, if only Elizabeth Warren has a penis! For if she did, she would be the best president ever. If only the patriarchy did not vote in Joe Biden in 2020, we could have had Fauxcohontas as our fearless leader!

Ali Vitali, a Capitol Hill Correspondent for NBC News chronicles Warren’s lamentations in her forthcoming book, Electable: Why America Hasn’t Put a Woman in the White House … Yet which feature the following quote from Warren:

Everyone comes up to me and says, ‘I would vote for you, if you had a penis.”-Elizabeth Warren

If only having a male reproductive organ would have been the only thing between Elizabeth Warren and the 2020 Democratic nomination! You see, it wasn’t her incessant lying that turned off women and men alike. It wasn’t because of Warren’s sheer unlikability. We have to look deeper than this for this former “Harvard Professor”. It’s because she does not have a d*ck!

And, suddenly, the 1/1024 Maiden from Massachusetts waxes poetic on the misogyny that is the American electorate.

I’d vote for you if you had a penis. Spoken like a true (AHEM) intellectual of the Ivy League right there. The party of moral superiority. The party of science. The party of class. Let’s crack open a cold one and unpack this further, shall we? Hmmmm. Cue Sigmund Freud here…I’m detecting a case of penis envy in this postmenapausal relic of an establishment politician.

If only Elizabeth Warren had an appendage she does not have, she would be president today. Liz Warren suddenly feels that she would have been president if, instead of being the Michelob Ultra Maven, she was actually the Man From Nantucket.

I'm pretty sure they said tee pee not pee pee!

I mean, yes, the jokes all write themselves on this but in truth, this is a bizarro comment, don’t you think? Especially from someone of the political ideology that anyone can be any gender they choose to be. What’s stopping Lizzy Warren from “identifying” that she has a penis? Remember this?

Hello? So, let’s rewind this back a bit. Elizabeth Warren was referring to a young transgender child she met. As a president of The United States, Liz not only pandered to the delusions of this poor child (and the “birthing persons” of this poor child) in a political campaign-she stated that she would leave decision-making for a public office in the hands of a nine-year-old child. But, as Warren’s delusion goes, it’s not her lying. It’s not her pandering. It’s not the simple fact that she is irresponsible placing the weight of a decision on a child, highlighting her incompetence. It’s all because she does not have a penis.

But, Liz…in a world where you can be anything you want to be, it’s never too late to go completely against your biological makeup and identify as someone, something else. If men can menstruate, Liz, for sure can identify as having a schlong, can’t you?

Well then why doesn’t she “identity” as a fully functional male. Hell she changed her race to get an Ivy League job. Becoming a man for the White House seems a natural next step.

So, is Warren asking taxpayers to pay for a sex change in time for 2024? And, do her actual supporters (the few that exist) actually believe this tale of fiction that if their fake Native American had a penis, she would be president today? Perhaps, a percentage of democrats do vote based on genitalia…it’s driving most of the “educated” decisions today, isn’t it? Perhaps her supporters want to start a GoFundMe for Warren’s Phalloplasty?

Whatever you say, Chief Warren. The thing about pathological liars is that eventually, they start actually believing the tales they spin. Elizabeth Warren believed she was Native American because she lied about it so much. Perhaps, she could lie a penis into existence, too and manifest the heck out of that sh*t. And if that does not work, she can blame the patriarchy…and the poor turkeys.

Instead of wishing for a penis, perhaps Warren should wish for an actual soul instead.