Next post
Warren Dreams Of An Appendage She Doesn't Have 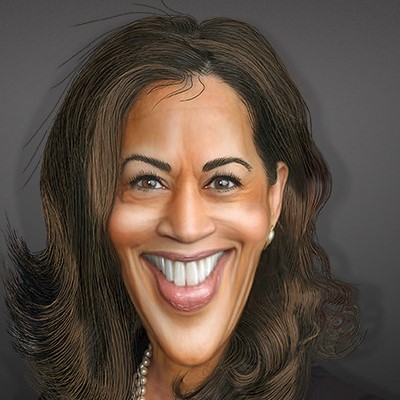 Welcome to the world of the Left, where double-standards are the rule of the day and transparency no longer exists. The Department of Justice does its best to hide behind sealed affidavits and warrants until the public starts demanding answers. Our vice-president bravely stands up to object to anyone daring to question the FBI. Yet she stood to the side and said nothing when local law enforcement officers were attacked and otherwise placed in danger by “mostly peaceful protesters”. And the real crime? They expect the average citizen to sit there and take it, never asking questions or challenging them for their duplicity.

Remember when we were told that the Biden Administration was committed to transparency? Attorney General Merrick Garland picked up that torch in March to and issued new Freedom of Information Act guidelines to improve transparency. It’s funny–and not in the ha! ha! way–that he didn’t allow for transparency from the beginning of the investigation into Trump. We’ve had two years of smoke and mirrors. It culminated most recently in the raid on Mar-a-Lago. But never fear. The AG promised to ask the judge to release a redacted and partial copy of the warrant and receipt list.

And boy is it redacted and vague. Starting with the receipt list, which begins on page 5, of the documents released, we get such detailed listings as “4 documents”, multiple listings for boxes labeled in one fashion or another without any listing or description of what, if anything, were inside those boxes. There’s even an entry about “info re: President of France”. But my favorite is the oh-so-vague “Miscellaneous secret documents”.

I’m not going to get into the fact that Trump could have declassified the documents before he left office. For all we know, he did. How can we tell when we don’t know what the documents are?

There’s another real issue here, one any halfway decent attorney would be chomping at the bit about: the lack of specificity in the listing means there is no way to know for sure what was seized and whether it was seized in a manner compliant with the warrant.

But there’s another problem we should all have right now. All the media mavens and liberal talking heads are talking about the federal crimes Trump might be charged with. They look at the receipt as proof of wrongdoing on the former president’s part. What they aren’t questioning is the probable cause for the warrant. Garland hasn’t asked to release the affidavit. It’s secret, you see, so the release won’t negatively impact the investigation.

At the point where they executed a warrant against a former President of the United States, he’d better already have all his ducks in a row and be ready to head straight to trial. Not only does Trump have the resources to hire attorneys who can and will take the DOJ apart, but the American people are tired of the dog and pony show the Dems have put on since before the election. We’ve basically had four years of “Get Trump” and they are still grasping at straws.

When is enough, enough?

But the Dems aren’t satisfied with just going after Trump. With mid-term elections looming on the horizon, some of them are trying to gain favor with law enforcement groups around the nation by suddenly standing up for the FBI and DOJ investigators involved in the raid. Garland stated those conservative lawmakers suggesting the FBI should be defunded would be surprised by what they found at Mar-a-Lago. He went on to say he would not stand by and let these agents and investigators and attorneys be attacked for doing their jobs.

Where was he during those mostly peaceful protests where cops were physically attacked? Where was her and his department when people were watching their homes and businesses being looted or burned down? Where was he when the “people’s republics” or whatever they called themselves any given day of the week “seized” their property for their free communes?

However, not to be outdone, Vice-President Kamala Harris stuck her head out of whatever rock she’s been hiding under and made the following statement yesterday after stating the so-called attacks on the DOJ were “unacceptable”:

And any so-called leader who engages in rhetoric that in any way suggests that law enforcement should be exposed to that kind of danger is irresponsible and results in dangerous activities. You know, our law enforcement. Professionals. And in this case, we’re talking about our federal law enforcement agencies. They do very important work. And from the moment they walk out the door of their home, until they go back in, their families, pray for their safety and well-being. And I think it’s just highly irresponsible of anyone who calls themselves a leader and certainly anyone who represents the United States of America to engage in rhetoric for the sake of some political objective that can result in harm to law enforcement officers and agents,” Harris said.

What a great sound bite from someone who made no real attempt to stand up for the cops trying to do their jobs until now. Where has she been as our local law enforcement officers have been attacked simply because of their choice of profession? Where has her concern been for their families?

I’ll tell you where it’s been: buried deep down where it would never see the light of day because it didn’t fit the narrative of the DNC. But now that the FBI and DOJ are doing something against Trump, the tune changes and cops of any flavor are once again the good guys.

Here’s a bit of advice for the DOJ and the Biden White House. If you want to win back the trust of the American public, you need to live up to your promise of transparency. Let us see the underlying affidavit that the judge said gave adequate probable cause for him to issue the search warrant. Release a more detailed description of what was seized during the search. The contents of the documents don’t have to be released but give us more than “box s, labeled y”.

You know, if the Administration and the various departments under it spent as much time trying to improve the economy that it has on trying to destroy Donald Trump, our nation would be in a much better place than it is today.

Dear AG Garland, dear Madam Vice-President, your noses are growing and our hip waders are no longer tall enough to keep us out of the crap you keep pitching our way.