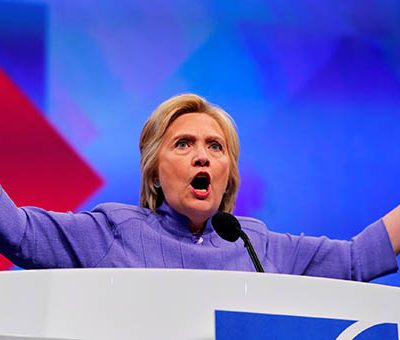 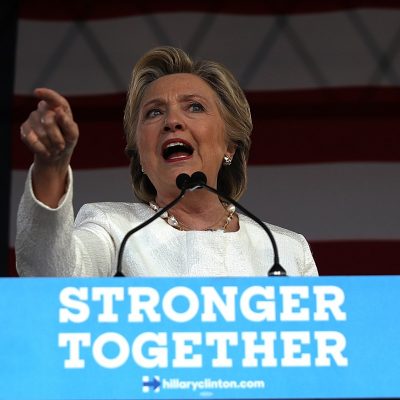 Barack Obama is in North Carolina today, and so is James O’Keefe. If you’ve been following along, you know that we’ve brought you all of O’Keefe’s major Project Veritas undercover videos exposing the systemic corruption inside the DNC and the Clinton Campaign itself. And today Mr. O’Keefe is trolling the POTUS, Hillary Clinton, and her leftist pals like Bartholomew Quint on a fishing expedition. As promised…

Tomorrow @PVeritas_Action and @POTUS will be in NC. One of us will be releasing hidden camera footage of a Dem racist statement. Stay tuned.

…and on his way to the jet that would carry him to North Carolina, O’Keefe received a little special treatment:

When they saw my name, I was escorted by multiple Port Authority officers and other security right onto the airplane at JFK. En route to NC.

…O’Keefe has released another video in his Clinton/DNC series. Watch:

Note that Deborah Ross, who appears in the video questioning the competency of blacks and forgetting who imposed Jim Crow, is the Democrat senate candidate for North Carolina.

Can you believe your ears? Inferring that free-thinking blacks are stupid and ignorant? And expecting them to fall in line behind the party of intolerance or else? I can, because it’s well-documented that Leftists, including much of the media, attack anyone, particularly minorities, who don’t tow their totalitarian line. And they employ racially-charged language every election cycle to stir up racial tension in get-out-the-vote efforts. Remember this:

Typical Joe Biden and typical Leftist rhetoric designed to foment anger amongst black Americans. But the most disturbing of those employing the Democrat playbook year after year? Shameless black Democrats like Sheila Jackson-Lee who use their race to demagogue serious issues:

Ms. Jackson-Lee forgets who founded the KKK and fought Civil Rights for all. And fails to see the similarities between radical Islam and the Left.

“Horace Cooper, co-chairman of Project 21, a black conservative organization, told TheBlaze [that]…There is a myth, and it has been a particularly effective one, that the Democratic Party has created opportunities for minorities,” added Cooper, a former law professor at George Mason University and former counsel for House Republicans. “The record for 100 years from the 1860s through the 1960s has been that the Democrats have stymied the abilities of black Americans to have the same constitutional rights as all Americans.”

By the way, Benjamin R. Barber, the “gentleman” in the video, isn’t just some random, bigoted Leftist, he’s a well-known figure in Democrat circles:

Mr. Barber, a Rutgers University professor emeritus and City University of New York senior research scholar, isn’t some fringe figure: He served as an informal consultant on civic affairs to President Bill Clinton, wrote a book about the Clinton administration, and donated to Hillary Clinton’s presidential bids in 2008 and 2016.

The Democrat Party is, and has always been, the party of racism and bigotry.  Despite their claims of some magical transformation decades ago, the party hasn’t changed. It’s just successfully projected everything it is on to the hapless Republicans who can’t seem to wash it off. Today’s Democrat Party oppresses people not with chains, but with big government, dependency, and what is the civil rights issue of our time: lack of access to quality schools and an insistence that we should have no choice in where our children are educated. So you see, racism and bigotry are alive and well, and apparently tolerated, within the Democrat Party, both in language and in policy. The WikiLeaks revelations prove it. And it’s time those who are unable, or unwilling, finally see the DNC for what it is: An intolerant and ugly organization where racism and bigotry continue to thrive.