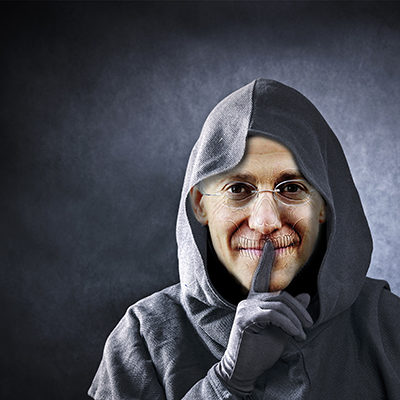 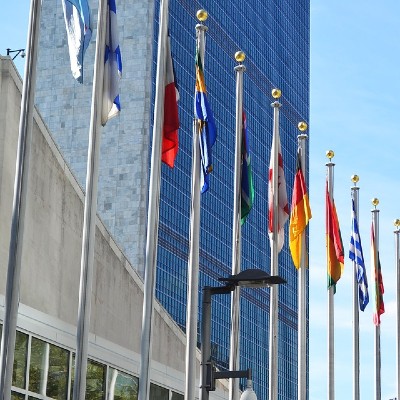 The United States is apparently going to be sitting down with the UN Human Rights Council today, to discuss the human rights record of the United States as judged by… China, Iran, and Syria, among others.

This sounds like a joke, but a deeply offensive and not funny one.

That hostility toward Israel has continued onward – even to the point of UN countries voting just this last week to only refer to the Temple Mount in Jerusalem by only its Muslim name. While some countries in the wake of the Abraham Accords seem to be not as high on catering to the Palestine Authority.

However, the UN Human Rights Council continues its streak of being terrible, awful, no good, and very bad. Russia, China, and Cuba – all bastions of human rights on the globe – each were elected to three-year-terms back in October. If the HRC wishes to be hot garbage, it can do it without the United States.

But thanks to the riots surrounding the death of George Floyd, the UN HRC decided in June that it would “investigate” the human rights record of the United States. And the questions that will apparently be asked today, as revealed by UN Watch, should make you vomit.

China, whose human rights record includes not only mass starvation and repression, but now also the ethnic cleansing of the Uyghur population, is going to have the gall to ask the United States about our “religious intolerance and xenophobia.”

Iran, who routinely hunts down and arrests women who are out in public without their heads being covered by a hijab, is going to ask about the oppression of women in the United States.

When the U.S. goes tomorrow before a UNHRC review of its rights record, the Islamic Republic of Iran is planning to take the floor to accuse the U.S. of arbitrary detention, violating international human rights law, targeting dual nationals & oppressing women—i.e., what it does. pic.twitter.com/tu6fxL73Kd

If the steam isn’t coming out of your ears yet, get a load of what UN Watch says Syria – who used chemical weapons on their own people – is going to ask. 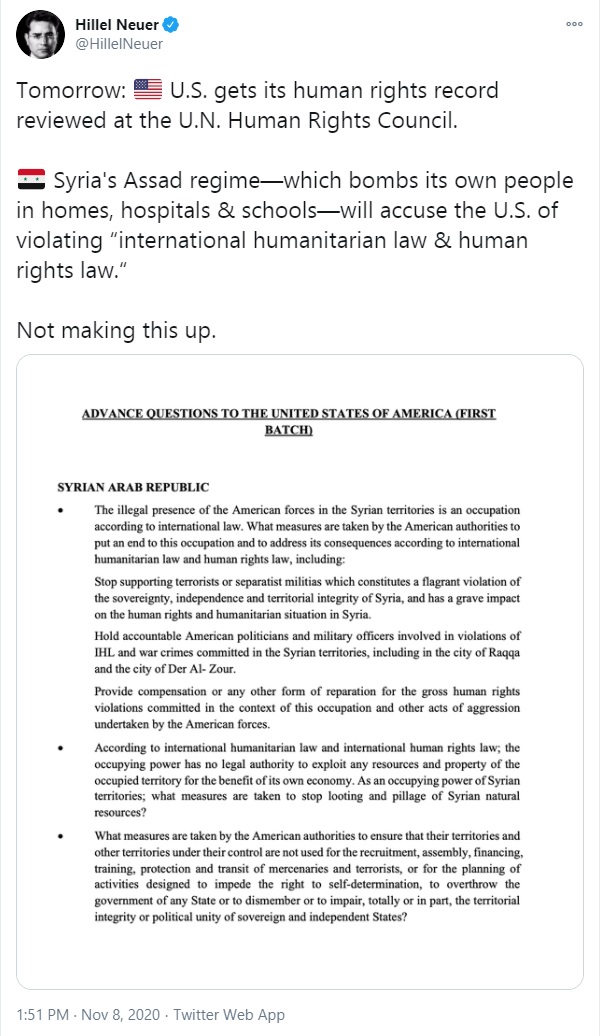 With these types of INSANE questions planned, why even bother to show up? Why bother to be a part of the UN at all?

Even if President Trump had pulled the United States out of the United Nations, it is a sure bet that Joe Biden would have been running back to kiss ass and sniff hair as fast as possible. So now that the United States is likely to get a drubbing by the UN Human Rights Council, you can bet that Biden will be prostrating himself in order to atone for the racial sins of the United States without even a hint of irony in front of repressive regimes with ACTUAL CONCENTRATION CAMPS.

President Trump’s foreign policy has been probably his greatest success. If Joe Biden becomes president, we will be going backward with such gems like the Iran Deal. Joe Biden’s worst instincts are all in the foreign policy arena. Time to buckle up and watch Biden bend over.