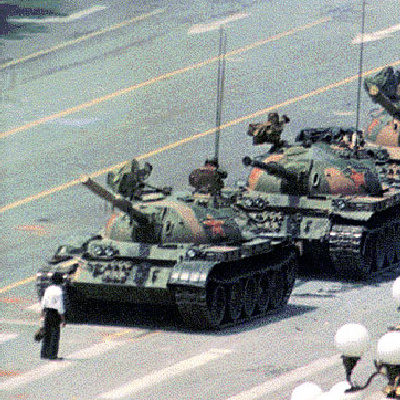 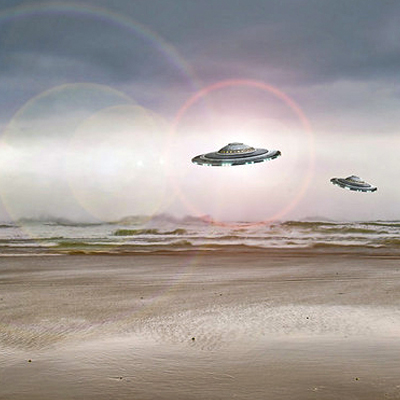 In case anyone needs to hear this — and I’m sure you don’t — UFOs have been a Big Deal recently on major media. From “60 Minutes” to “Tucker Carlson Tonight” on Fox News, UFOs have been a great hook to get eyeballs. All the talking heads have been breathlessly anticipating a big reveal on UFOs from the federal government.

The government had promised to release an unclassified report on UFOs to Congress on June 25 to explain it all. However, senior administration officials who have been briefed recently told the New York Times that there’s really not much.

Officials studied over 120 mysterious incidents in the skies which have baffled scientists, the military, and TV hosts for decades. But all they came up with was Welp, we’re pretty sure it isn’t aliens. But we can’t be sure. And we still don’t know what’s out there.

Oh, and don’t look at the US military as the source. Not their stuff — nope, no sir.

“The report determines that a vast majority of more than 120 incidents over the past two decades did not originate from any American military or other advanced U.S. government technology, the officials said.”

But if these things really are American Secret Squirrel gadgetry, do you really think they’d admit that to the public? C’mon man!

Moreover, the final report will also contain classified information which the public will not see, but will further fuel the imaginations of UFOlogists who are hoping the UFOs are vessels for alien visitors.

Many of the reports came from a shadowy Pentagon program called the Advanced Aerospace Threat Identification Program. Sen. Harry Reid began the program in 2007. However, the budget was awarded to Robert Bigelow, a friend of Reid’s and also a UFO and paranormal enthusiast.

AATIP ended in 2012, after money dried up. However, a not-so-shadowy figure named Luis Elizondo claims he ran the program until 2017. And if you’ve ever watched any recent programs on UFOs, you’ve probably seen Luis Elizondo pontificating on them. He’s also one of Tucker Carlson’s go-to guys to pump up the audience about possible aliens or something.

Elizondo played the expert in a 2019 History Channel series, “Unidentified: Inside America’s UFO Investigation.” He also recently appeared on “60 Minutes” and was featured on “Inside Edition,” claiming that the Pentagon is hiding information.

Yeah, well, Luis Elizondo may be padding his resumé a bit, along with his assertions. In 2019, The Intercept published an in-depth investigation of his claims to be a UFO expert. Their conclusion: Elizondo had indeed been a government spook, but there is no evidence that he ever worked for, much less headed up, the AATIP:

“No memorandums, no emails discussing deliverables or findings, and no paperwork addressed to or from him that connects him to AATIP.”

Plus, he’s rather paranoid. But he makes for great TV, so networks and news media love to use his “expertise” to pump up viewership.

So just what are these things flying around our military? Are they aliens, experimental craft from our military, or something even more nefarious. Perhaps it’s Russian or Chinese hardware that outstrips whatever our military has.

The National Interest, in an article reprinted from 2017, says these things come from Pentagon projects. The article notes that the military and defense industries have been working on hypersonic aircraft — something that Russia and China have been working on, too, writes the NYT. Our military has also been working on space-planes that exceed Mach 5. And then there’s the SR-91 Aurora Hypersonic spy plane.

On the other hand, a team at “The Warzone” have been studying UFOs for the past two years. They’ve published a lengthy and detailed article on their findings, which you can access here.

UFOs are really adversary drones or balloons that have been swarming our ships and Navy planes.

“. . .many of the events involving supposed UFOs, or unidentified aerial phenomena (UAP), as they are now often called, over the last decade are actually the manifestation of foreign adversaries harnessing advances in lower-end unmanned aerial vehicle technology, and even simpler platforms, to gather intelligence of extreme fidelity on some of America’s most sensitive warfighting capabilities.”

This, claims the team, shows a massive failure of military intelligence to defend against a “lower end” threat.

Radar reflector balloons can be made into a wide variety of configurations, they write. And our foes the Chinese have been using drones in swarms.

Not only that, but the authors note that the Chinese are far ahead of the US in drone capability, too.

“China, in particular, is far ahead in this regard and already has the operational capability to rapidly deploy large networked swarms that can work cooperatively together.”

And as for that “trans-medium craft” that the USS Omaha recorded flying around the ship and then disappearing into the ocean? It’s probably a balloon.

“It looks like a balloon or other object hitting the water as seen through a thermal imaging system.”

But aren’t we doing some of the same things? Well, sure, say the authors. And the spooks would like to keep things secret and act “confused.”

“In fact, we may want it to seem like we are totally stumped by these activities too. . . .”

“Don’t expect anyone to admit it though. Nobody keeps a secret like the ‘Silent Service.'”

So in the end, yes, UFOs are real — if you’re going by the strict definition of Unidentified Flying Objects. There certainly are objects flying around our ships that the government can’t identify. Or perhaps, won’t publicly identify. But after the fiasco of Covid, NIH, and the Wuhan Lab, a lot of us aren’t willing to trust what the government is telling us, anyway. But are they extraterrestrial visitors from other planets? Eh, I don’t think so. The truth is still out there, but it comes from Planet Earth.