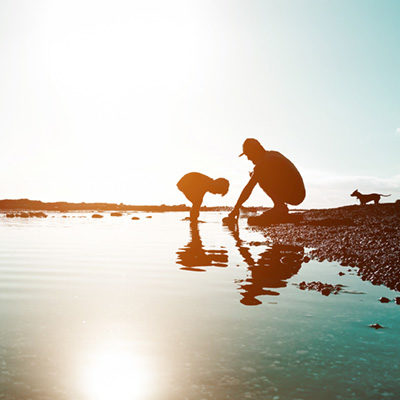 Next post
UFOs: The Truth is Still Out There 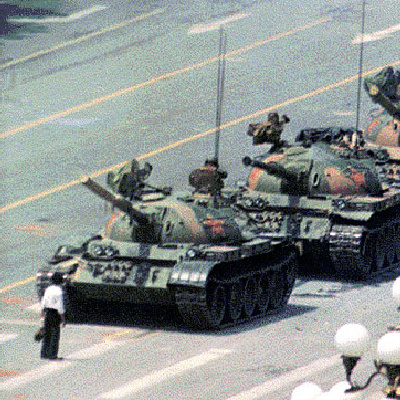 Thirty-two years ago, June 4, 1989, China ended the student hunger strikes and protests in Tiananmen Square within the Imperial City in Beijing, China. One student, holding his shopping bags and christened Tank Man by the British Broadcasting Corporation, stood in front of the tanks rolling down the street. He became a symbol of bravery and resistance for millions around the world.

In 1972, President Richard Nixon traveled to the People’s Republic of China (PRC), the first official visit by the United States since the 1949 Communist takeover. By 1979, the U.S. and the PRC had established diplomatic and bi-lateral trade agreements. American companies were overjoyed at the prospect of selling soap and diapers in the formerly closed country. Diplomats were sure that this would lead, eventually, to American style governance in China. I mean, what could go wrong? Once the Chinese people got their first Ralph Lauren Polo shirt and saw how white their teeth could be with Crest, Communism would fall. The naivete of the diplomats is stunning and deadly.

The PRC allowed import of some of our goods. Companies that wanted to manufacture in China had to give over corporate secrets and the ChiCom Army had their cut of everything.

In early 1989, students began protesting in Tiananmen Square for democracy, freedom of speech and freedom of the press. Hu Yaobang had been a Communist Party Secretary General until he was kicked out for his Western liberal ideas. His death contributed to the open rebellion of the students:

Hu had a fatal heart attack during a Politburo meeting in China, then died a week later, on April 15, 1989. An economic reformer and close ally of Deng Xiaoping, Hu had led the efforts to launch China into capitalism and to recover from the years under Mao Zedong. But hard-liners ousted him as general secretary of the Communist Party in 1987, accusing him of “bourgeois liberalization” that contributed to student protests that year.

Deng Xiaoping, the paramount leader, was surrounded by differing thoughts on the problem of the Tiananmen Square protesters:

The ruling Communist Party became split over how to respond to the protests. It was the liberal reformers versus the hardliners.

In the reformers camp was General Secretary Zhao Ziyang, who advocated opening a dialogue with the students. The hardliners, led by Premier Li Peng, later demonized as the “Butcher of Tiananmen,” pressed his colleagues for more drastic action to quell the protests.

Eventually it was Deng Xiaoping who broke the deadlock and sided with Li and the hardliners. Li declared martial law on May 20 and Deng mobilized 30 divisions of the Chinese Army into Beijing. The hardliners’ victory changed the course of Chinese history — producing effects still felt today.

Armored personnel carriers rolled into the square, protesters were shot by machine guns, or rolled over by the personnel carriers and tanks. Note to Anthony Fauci: Yes, the CCP would kill her own people. The CCP only acknowledges 300 killed in the rebellion, but of the 100,000 students gathered in the square, Western estimates put the death toll at 10,000.

And then Tank Man wandered into the street:

Tank Man dares the tank to hit him, and talks with the military personnel before being dragged away. What could Tank Man have been thinking? He could hear the gun fire continuing. Was his life so cheap that he didn’t care, or did he care so much that he was willing to die?

Until this year, the people of Hong Kong marked June 4 and Tank Man of Tiananmen Square with vigils. But, Beijing has cracked down on the freedom of the Hong Kongers. Our Kim has written extensively about Hong Kong. You can read some of her work here and here. There will be no remembrance of Tiananmen Square in Hong Kong this year.

Meanwhile, Disney and the NBA kvetch about voter suppression here in the United States, but continue to have their cheap goods made in China.

It is believed that Tank Man was executed shortly after he was dragged out of Tiananmen Square. 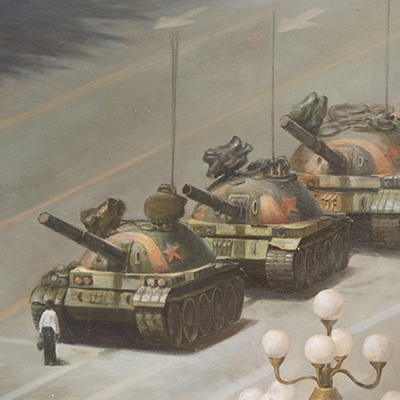 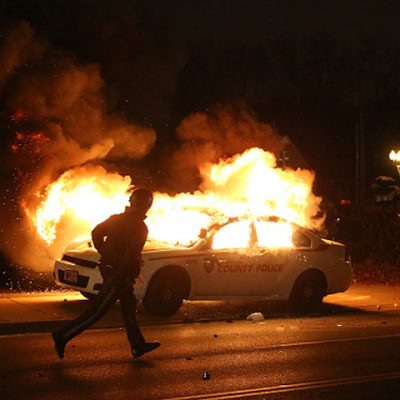