Previous post
Devotion: The Medal of Honor Movie You Didn't Know You Needed to See 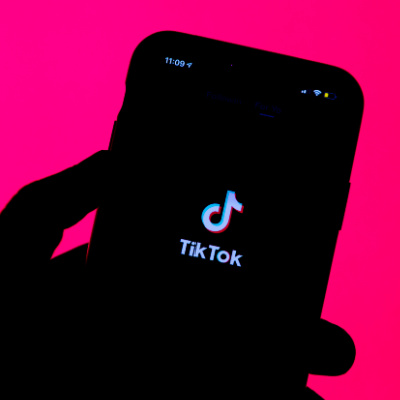 Gird your loins and guard your children, evil is afoot. TikTok was designed to do exactly what it is doing, destroying the United States and us. If you can’t see it, open your eyes. If you know this and still use or allow the children in your life to use this app, you are a useless fool. It’s much worse than we all thought. Time is up.

Evil is ugly but seductive. TikTok cloaks its evil in fast and flashy and simple to use algorithms. Check out the description in the Apple App store:

TikTok is THE destination for mobile videos. On TikTok, short-form videos are exciting, spontaneous, and genuine. Whether you’re a sports fanatic, a pet enthusiast, or just looking for a laugh, there’s something for everyone on TikTok. All you have to do is watch, engage with what you like, skip what you don’t, and you’ll find an endless stream of short videos that feel personalized just for you. From your morning coffee to your afternoon errands, TikTok has the videos that are guaranteed to make your day.

We make it easy for you to discover and create your own original videos by providing easy-to-use tools to view and capture your daily moments. Take your videos to the next level with special effects, filters, music, and more.

■ Watch endless amount of videos customized specifically for you

A personalized video feed based on what you watch, like, and share. TikTok offers you real, interesting, and fun videos that will make your day……..

There is more, but that should chill you. “Watch endless amount(sic) of videos customized specifically for you” or algorithms that send you where it wants you to go? We’ll discuss that in a moment.

First, Fox News Channel sounded the alarm with this headline, “TikTok is a ‘dagger pointed at the heart’ of the US and ‘corrupting young Americans’ warn experts, politicians”. From the article:

There is a growing, bipartisan chorus of politicians and experts who are speaking out against TikTok after a new report from Forbes declared that accounts, run by communist China’s state-run media, are surreptitiously trying to influence American politics.

Some saw it as a deeply important cultural issue, given TikTok’s appeal to the young. Sen. Tom Cotton of Arkansas called the app an effort to “corrupt young Americans and teach them to hate their country.”

MediaLinks TV, which as Forbes noted, is “a registered foreign agent and Washington D.C.-based outpost of the main Chinese Communist Party television news outlet” has been using the account @NewsTokks, among others, to make TikTok videos attacking politicians (mostly Republicans), including Sens. Ted Cruz and Marco Rubio, as well as Texas Governor Greg Abbott.

Really? Now you are worried? To quote John McClane in “Die Hard”, “Welcome to the party, pal.” Better late than never. The Army banned TikTok three years ago for Department of Defense issued phones. Last year, our Deanna wrote a post on the family and community chaos that TikTok can cause. Read her post here.

According to several sites, the average TikToker is between ages 16-24. You must be age 16 to use certain functions on the app. That’s truly meaningless. I recently knew a nine year old who lived on TikTok. It was not within my purview to put a stop to it. Wish I could have. Her mother, late 30’s, was into Witchcore on the app. This evil app has been on my radar for its embrace of the transgender fad. It is a fad. A dangerous fad. I grew up with the anorexia fad, which was another dangerous and deadly fad that teenage girls fell for. Here the Daily Wire describes this evil:

However, a report from The Daily Mail indicates that content posted by transgender influencers has been seen by millions of young viewers. As of Sunday, videos with the hashtag “Trans” have been watched more than 26 billion times. The outlet also noted that TikTok is locking arms with Stonewall — a LGBTQ organization in the United States — to promote the material.

One popular transgender TikTok influencer, Bella Fitzpatrick, raised £20,000 from followers in less than three months to fund private gender-reassignment surgery. The 19-year-old has 700,000 followers and explains the process of transitioning, including her experience of bypassing NHS waiting lists.

Another is Alex Consani, 18, who has more than 680,000 followers. She went viral five years ago when, aged 12, Cosmopolitan magazine featured her life as a trans model. One of her videos, seen 2.3 million times, tells followers they are ‘one oestrogen pill away from a glow up’. A ‘glow up’ is a mental, physical and emotional transformation for the better.

A channel featuring influencer Jaison Jowett shows the process of transitioning and carrying out reassignment surgery. One video includes the caption ‘Heal with me after top surgery!’ — a reference to a reconstructive chest operation.

Another video begins with the words ‘I used to be a good Christian kid’ before showing the transformation to a ‘trans, gay atheist who loves tattoos and chaos’.

That teenage time of exploring your own identity, separate from your parents, has become a time of hacking off body parts. Thank you, TikTok.

TikTok in China is not the same as it is here, as this young man explains:

Yes, you are being played and targeted. But, the politicians didn’t notice until, um, this election cycle. Kristi Noem is running for President. One indicator:

TikTok is using its algorithm to manipulate the American people. South Dakota state government will have no part in it.https://t.co/Oz877exzRq

Deanna closed out her post last year with this and I concur:

Here’s a radical notion – get the kids off social media, and allow them to interact with each other in person and relearn their social skills. It’s so crazy, it just might work.

It has to work.