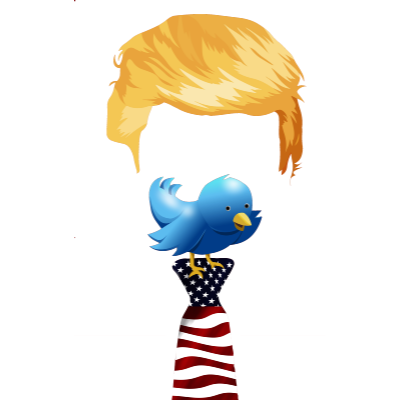 While many on the right support President Donald Trump, they often wish that someone in the White House would monitor his Twitter account before he hits Tweet. I mostly love our Tweeting President. His tweets troll the Democrats and Legacy Media in a deliciously snarky way. President Trump has been tweeting about the death of one of Joe Scarborough’s staffers and it is a mistake bigly. Bigly.

Nineteen years ago, Joe Scarborough was a Republican United States Congressman representing the First District of Florida. Lori Klausutis was a staffer working in Scarborough’s Fort Walton Beach office. Just two weeks before her 29th birthday, Mrs. Klausutis passed out at work, hit her head on a desk and died. According to the autopsy conducted by the Medical Examiner, Lori Klausutis passed out due to an undiagnosed heart condition. According to Axios.com, then-Congressman Scarborough was in Washington, D.C. when Klausutis died. Even though Scarborough was not in Florida, scurrilous rumors still circulated. In 2001, the Medical Examiner released Klausutis’s autopsy to calm the rumors. That should have put paid to the ugliness surrounding this lovely woman’s death. Politics being what they are, rumors still were whispered.

It didn’t help that Scarborough had a rather crass attitude about Mrs. Klausutis’s death, as in this 2003 Don Imus interview:

On May 29, 2003, Scarborough appeared on Don Imus’s radio show. While complimenting Scarborough on his sense of humor, Imus said, “Don’t be afraid to be funny, because you are funny. I asked you why you aren’t in Congress. You said that you had sex with the intern, and then you had to kill her.” Scarborough laughed and replied, “Yeah, well, what are you gonna do?”

It’s even worse when you hear it:

This is where the President’s tweeting comes in. This weekend, President Trump tweeted:

The opening of a Cold Case against Psycho Joe Scarborough was not a Donald Trump original thought, this has been going on for years, long before I joined the chorus. In 2016 when Joe & his wacky future ex-wife, Mika, would endlessly interview me, I would always be thinking….

….about whether or not Joe could have done such a horrible thing? Maybe or maybe not, but I find Joe to be a total Nut Job, and I knew him well, far better than most. So many unanswered & obvious questions, but I won’t bring them up now! Law enforcement eventually will?

Timothy Klausutis, the widower of Lori Klausutis, asked Twitter head, Jack Dorsey to remove the Tweets. You can read the full letter here. That is up to Twitter and I feel for Mr. Klausutis. He does not deserve this. The Twitter response, according to Deadline.com:

“We are deeply sorry about the pain these statements, and the attention they are drawing, are causing the family,” the spokesperson said. “We’ve been working to expand existing product features and policies so we can more effectively address things like this going forward, and we hope to have those changes in place shortly.”

Joe Scarborough and his current wife Mika are a different story. They are vile, nasty pieces of work. I don’t care a feather or a fig for either one of them.

President Donald Trump had no reason to take a swing at Joe Scarborough by tweeting about Lori Klausutis. Anything that Joe or Mika says on their MSNBC Morning Joe Show is worthy of mockery. This Tweet was not worthy of the President. Bigly small, Mr. President.