Next post
Tweeting About Joe Scarborough Is Trump Mistake 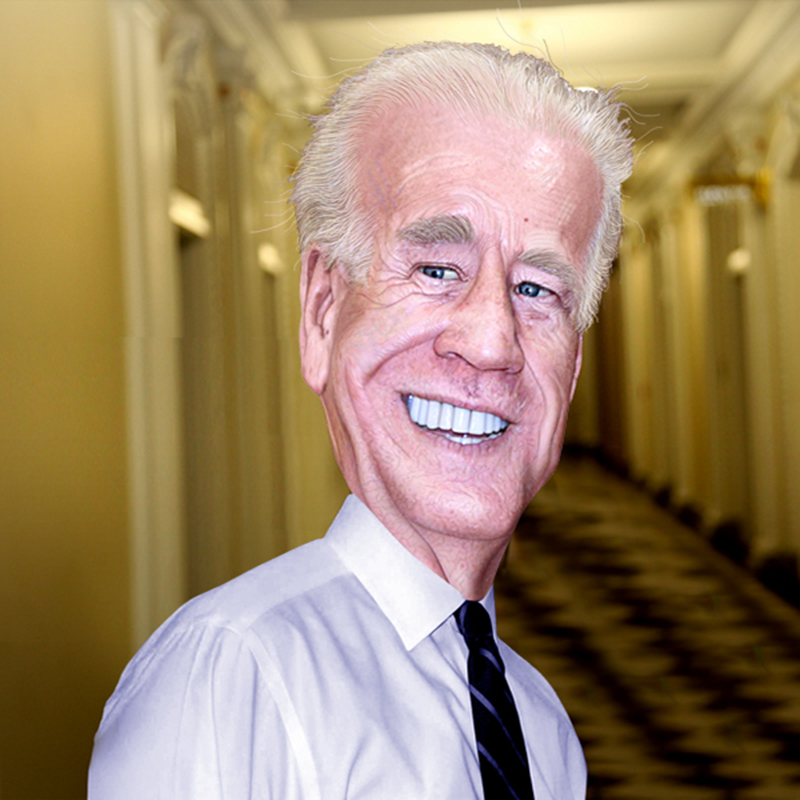 For weeks he’s called for more “economic intercourse.” And now Joe Biden and his camp are reportedly set to make the case that he, and not President Trump, is the guy who will resuscitate our economy.

The former vice president’s campaign believes he has an opening with voters on an issue that has been a strength of Trump’s given the economic harm caused by the coronavirus pandemic, which has locked down businesses and led to skyrocketing unemployment.”

“They plan to argue that Trump handled the pandemic poorly, is mishandling the economy, and that their candidate is the better leader to shepherd the country to a recovery.”

“‘No one thinks the economy is in a good place right now,’ said one Democratic strategist who supports Biden. ‘Trump got us here. And Biden can make the case that he’s the one who can lead us out of here.'”

Ever watch a presidential candidate run into a brick wall at full speed? This will feel that way… ahahahahaha.

I’ll wait til you finish giggling.

Three things spring to mind after reading that tripe:

I'm no fan of Trump, but the thought of Biden and Dems being in charge of the economy really scares me. The economy is probably cooked anyway for quite some time, but things would be even worse with the left.

As anyone with a functioning brain stem can see, Joe Biden—a senile septuagenarian who can’t consistently compose a coherent sentence—would be nothing but a puppet president. It’s both his vice-presidential pick and the swamp dwellers that want their unchecked power back who’d be our “president” should we make the tragic mistake of giving Barack Obama a third term.

Now, like Joe Biden, I’m no economic savant, but I’m also not blind. So let’s check a bit of Biden’s economic record, shall we?

One other statistic that stands out on the Obama record as we begin his last year in office. The debt is nearly $19 trillion and by the time he leaves office our indebtedness will be almost double where it was when he entered the Oval Office. Just the interest payments alone cost half a trillion dollars a year.”

And Trump’s record on the economy?

Well, there’s no comparison: pre-virus, he’s overseen the most robust, and quickly-achieved, economic recovery, and prosperity, probably in U.S. history, lowering the unemployment rates of every demographic the left thinks belongs to them. For example:

And the ironic thing is this: for his entire presidency, the Obiden Bama team has taken credit for the healthy economy their successors birthed. So by that logic, isn’t the sudden downturn also their baby? Your rules, guys; we’re just playing by them.

The media are on board with the Democrats plan. Get rid of Hydroxychoroquinn so people don’t recover. Crash the economy by extending stay at home order, then blame Trump for deaths they’re causing. Use the virus to get Biden in the WH. Mail in votes so they can cheat!!

But, really, it doesn’t matter what Joe Biden’s economic record is—some of which was common sense, oh, back in his 458th year in office—because, as noted above, he wouldn’t be the acting president; the Alexandria Ocasio-Cortez wing of the ever-more-radical Democratic Party would be.

And if that’s still not enough to shock Americans into voting against Biden, then his likely participation in what was—and still is—an obvious effort to either hamstring Obama’s successor or outright remove him from office should be, no matter where on the political spectrum you fall.

Joe Biden can’t remember what office he’s running for, is determined to “beat Joe Biden,” and thinks certain populations of Americans—based solely upon the color of their skin and/or their gender or sexual orientation—are inherently owned by the Democratic Party, and now his team is under the delusion that this guy can resurrect our economy:

To quote his BFF, Barack Obama: With a magic wand? No. Certainly not; but with massive tax increases, a return to over-regulation, and a laser-like focus on the climate change cult that would decimate our economy. Indeed, what we’re experiencing now amid the coronavirus shutdowns is what a Biden presidency would look like, only on a years-long, if not permanent, scale. And it’s Donald Trump and his camp who will need to explain to voters the specifics of Biden’s Green New Deal, the costs of his promised tax increases, the ramifications of his punitive energy sector regulation proposals, and free-everything price tag. Because our left-wing media sure as blazes won’t.

By the way: something tells me the 24/7 Covid-19 hysteria and the hair-on-fire RussiaGate discussion would magically disappear on November 4th if by some miracle—or mail-in-ballot voter fraud—Biden wins the general election.

But make no mistake: Joe Biden is promising “fundamental transformation” of America and her economy, and using the DemPanic ScamDemic in an effort to force us into socialism while we’re distracted with just trying to make ends meet. It’s what tyrants throughout history have done to procure permanent power. But we’ve heard that message before, America. Only this time we know—via his decades-long record, including from the “scandal-free” history of the administration of which he was an integral part—exactly what Biden means.