Next post
Title 42 Will Continue, But DOJ Plans To Appeal 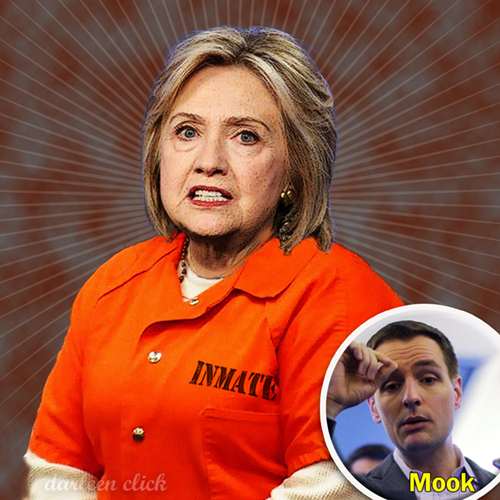 Hillary Clinton personally approved sharing with the media a false theory linking former President Trump to Russia even though campaign officials were not “totally confident” in the accuracy of the information, the manager of her 2016 campaign testified in court Friday.

The bombshell revelation came during the cross-examination of Robby Mook, who managed Mrs. Clinton’s 2016 campaign. She lost that year’s presidential election to Mr. Trump.

While on the stand in the trial of former Clinton campaign lawyer Michael Sussmann, Mr. Mook detailed to jurors his conversation with Mrs. Clinton in the final weeks of the 2016 campaign.

While many are focusing on the fact that she approved it, whether it was before or already in the media’s lap, there’s definitely more to former Hillary campaign manager Robby Mook’s testimony. A fascinating thread of testimony can be found here. However, what I found interesting is the following.

For some reason the Hillary campaign didn’t trust the FBI. That reason was a rather tall FBI director.

Asked if he would have favored handing the server information to the FBI, Mook said: “Absolutely not.”

“We did not trust them,” the Clinton campaign manager said of the nation’s premier law enforcement agency. “Two or three of probably the most damaging days of the campaign were caused by James Comey, not by Donald Trump. … We just did not want to have anything to do with the organization at that time.”

Yes, because James Comey was running an investigation against Hillary, one we knew would go nowhere – and it didn’t – the campaign, with Hillary’s approval, ran to the media with the Alfa bank Trump-Russia communications story.

Something else I found laughable but interesting is that Robby Mook claims the campaign, even with Perkins Coie on retainer, didn’t have anyone with IT knowledge to appropriately vet this Alfa Bank information. This from a campaign whose candidate housed servers in her basement and bathrooms while serving as Secretary of State!

The final most laughable moment was this piece of testimony from Mook.

However, Mook said he didn’t know during the campaign a private investigation firm called Fusion GPS was doing opposition research for Hillary’s bid through the law firm

“I was not aware during the campaign of anyone they were engaging to do that work,” Mook said. “I did not know that they had been retained.”

I’m sorry, but there is absolutely ZERO to NO WAY that Mook didn’t know about any Fusion GPS research, nor that the Steele Dossier was in the offing!

As noted above, what we surmised has been verified under oath. Hillary was all in on the Trump-Russia collusion. Remember this speech during one of the debates?

Or her comments during another of the debates? How about this tweet?

All of which, near as I can tell, took place AFTER approval was given to run the Alfa Bank Trump-Russia information to the media.

Makes you wonder what else is fake.

Again, the media along with Hillary and pretty much all of the Democrats have been beating the bogus Trump-Russia claim since 2016. They refuse to back off on that. But now, that Robby Mook has confirmed under oath that Hillary was completely in favor of passing Trump-Russia disinformation along to the media, how will they spin this?