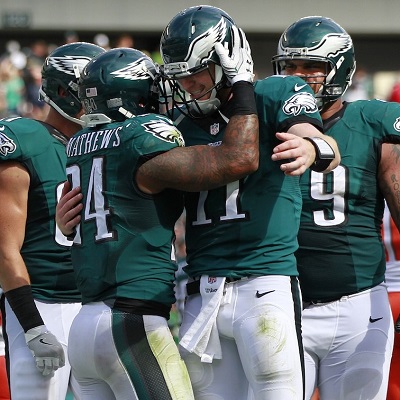 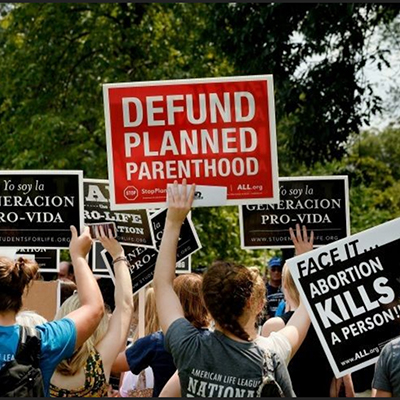 Barack Obama must be crying in his Wheaties these days. Why? Because day after day after day, President Donald Trump is utterly dismantling Obama’s pen-and-phone legacy. From eliminating crushing regulations, to cutting the size of government, to signing into law tax cuts that include the elimination of Obama’s tyrannical “individual mandate,” the eradication of the Obama Era is progressing rather swimmingly. And now, Trump has lobbed grenades at yet another of Obama’s sacred cows: Planned Parenthood:

The administration is rescinding an April 2016 letter that the Obama administration sent to states warning them that restricting Medicaid funding to Planned Parenthood could violate federal law. Administration officials said Friday it is rescinding the guidance to give states more flexibility over how they manage Medicaid.

“States who run Medicaid jointly have had a say in whether providers in borders eligible to participate in Medicaid program,” said Charmaine Yoest, assistant secretary for public affairs at Health and Human Services.

The Obama administration sent the 2016 letter after 10 states moved to end Medicaid funding to the women’s health and abortion provider. States targeted Planned Parenthood in response to a series of undercover videos from an anti-abortion activist that showed Planned Parenthood officials discussing the donation and harvesting of aborted fetal tissue.

As you may be aware, the Department of Justice now has an open investigation of Planned Parenthood thanks, in part, to the undercover videos produced by the Center for Medical Progress. Time will tell if any charges are forthcoming. But based on the heinous information exposed in those videos, there damned well should be.

While the media spent three times as much air-time focused on women in “pussy hats” who can’t articulate what rights men have that they don’t—VG Gail discussed the media’s bias here—thousands of pro-lifers also gathered nationally in support of the right to life:

I’ll admit, I questioned Mr. Trump’s commitment to the protection of the preborn, but he’s proved my concerns unwarranted. While he admits he was a one-time supporter of abortion, following a personal experience he did an about-face on the issue, and is now staunchly pro-life (I had my own experience which I detailed here). In fact, Donald Trump was the first sitting president in U.S. history to address the annual March For Life. Color me pleasantly surprised.

Administration officials also gave more detail on the creation of a new division of HHS’ Office of Civil Rights. The division will focus on religious liberty, specifically in fielding complaints from healthcare providers that they are forced by supervisors to do procedures that violate their religious or moral beliefs like abortions.

The administration is putting out a new regulation Friday that details the 25 areas that deal with conscience and religious freedom. The statutory provisions are in federal law, but “in previous years weren’t enforced at all,” said Roger Severino, director of the Office of Civil Rights. “The statutes we are talking about focus on actions that providers say they cannot do in good conscience.”

And for that, President Trump deserves kudos.

While it’s likely a landslide of lawsuits will take aim at the Trump administration, I applaud his shot off the bow. Nothing could make me happier than to see ghoulish, greedy Planned Parenthood CEO, Cecile Richards—who makes middle six figures off the lives of aborted babies, her “clinics” overwhelmingly existing in communities of people of color—taken down a notch. No. She’s no friend to women. In fact, she’s the opposite. Here she is channeling her inner Margaret Sanger, calling on “white women” to “do better:”

.@CecileRichards is calling in her white women at the Women’s March in Las Vegas #PowerToThePolls pic.twitter.com/xhR459EeWN

Do better with what, Cecile, you race-baiting hag? Helping you line your pockets with the deaths of innocent black and brown babies? You know, whose tiny aborted bodies undercover videos caught Planned Parenthood admitting it sells for profit, millions of whom would have been future women who will never have a chance to live and thrive and make a difference in our great country? You want our votes to assist you in profiting from taxpayer-funded infanticide?

No. Never. And here’s hoping dozens of states see fit to defund your culture of death sooner rather than later. I know, I know. It’s one small step at a time. But few deserve to be jobless, and slapped with felonies, more than an exploitative cretin like you.