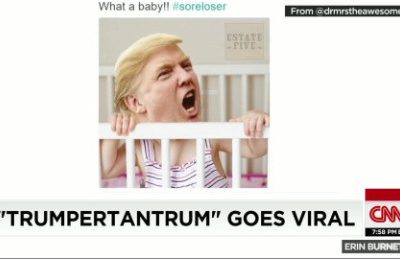 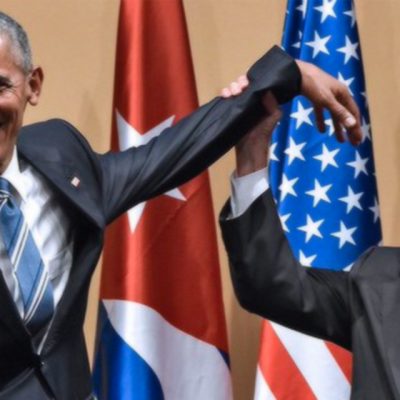 Next post
Quote of the Day: Obama Compares the American Revolution to Cuba's Communist Takeover 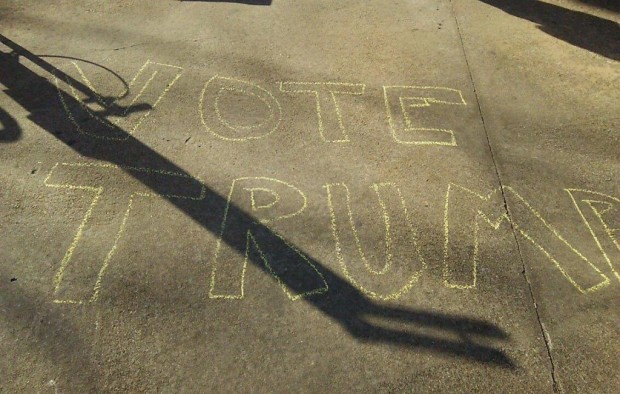 Free speech has more limitations than we realize. Especially the kind that offers differing opinions which just MIGHT hurt someone’s feeling or trigger a need for safe spaces. The latest free speech idiocy took place just the other day at Emory University. Students walking across campus and up & down stairs encountered these horrific images. 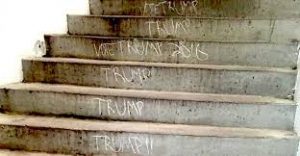 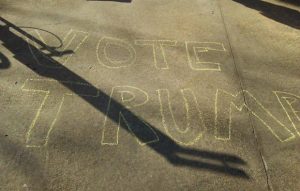 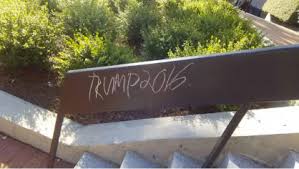 OH. THE. HORROR. The reaction by the “terrified” special snowflakes was swift, deadly, and oh so idiotic.

Roughly 40 students gathered shortly after 4:30 p.m. in the outdoors space between the Administration Building and Goodrich C. White Hall; many students carried signs featuring slogans such as “Stop Trump” or “Stop Hate” and an antiphonal chant addressed to University administration, led by College sophomore Jonathan Peraza, resounded “You are not listening! Come speak to us, we are in pain!” throughout the Quad. Peraza opened the door to the Administration Building and students moved forward towards the door, shouting “It is our duty to fight for our freedom. It is our duty to win. We must love each other and support each other. We have nothing to lose but our chains.”

They were in PAIN?? They are in chains?? Oh good grief, I cannot even begin to fathom how someone writing campaign slogans IN CHALK on a sidewalk could be considered any form of hate speech or would cause anyone one pain, mental or physical. Evidently SIDEWALK CHALK must now be feared!! Look, I’m not a fan of Trump and yes; in many cases he is and does look kinda scary… 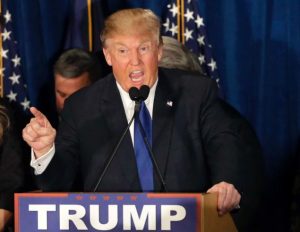 Yet holding protests and demanding the university find new ways to deal with micro – or is it macro? aggressions because…CHALK puts these students, all .3% of them, on the same level of idiocy as Trump himself. 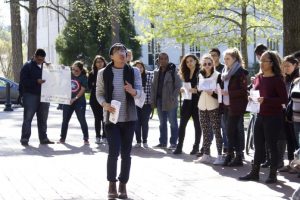 They must be made safe from any ideas that make them think! They must be coddled, protected, and kept away from the slings and arrows of any opinion that differs from their own. And by golly one must NEVER ever dare to use their own freedom of speech to chalk a campaign slogan onto a sidewalk that those super duper sensitive special snowflakes might have to walk on!

Emory U. "Trump 2016" in chalk on campus sidewalk. Students are traumatized. U. Prez to meet w them.

He should tell em to grow the hell up.

Unfortunately he didn’t. Instead he legitimized their stupid micro aggression complaint in a ‘lets use big weird words bureaucratic’ sort of way. So, others are doing that for him.

Harsh right? Well guess what guys. You and/or your parents are paying upwards of $60,000 per year to attend this university. Ostensibly you are at Emory in an effort to gather the tools, insight, and knowledge that will help you navigate the realities of life beyond a university campus.

“… Part of being in college is having experiences where you question your values, question what you believe. College is meant to be a time when you have diversity. Not just diversity of race but diversity of opinion, diversity of culture. It should not be that universities are just echo boxes, so people can’t encounter opinions they disagree with.”

So kiddies, let me ask you a question. If you can’t handle an opinion – CHALK messages on a sidewalk no less!, that differs from your own while a student in college; how in the world will you be able to navigate the disappointments that you’ll experience in the real world once you step out of your campus university safe space bubble? Right now the evidence clearly shows that you will fail spectacularly. So tell me again why your parents are footing your $60,000 college bill?