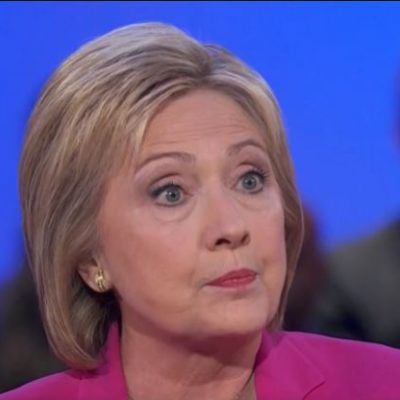 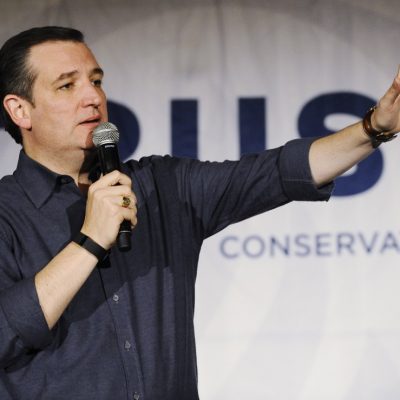 Next post
Cruz birther suits filed, but who really questions his loyalty? 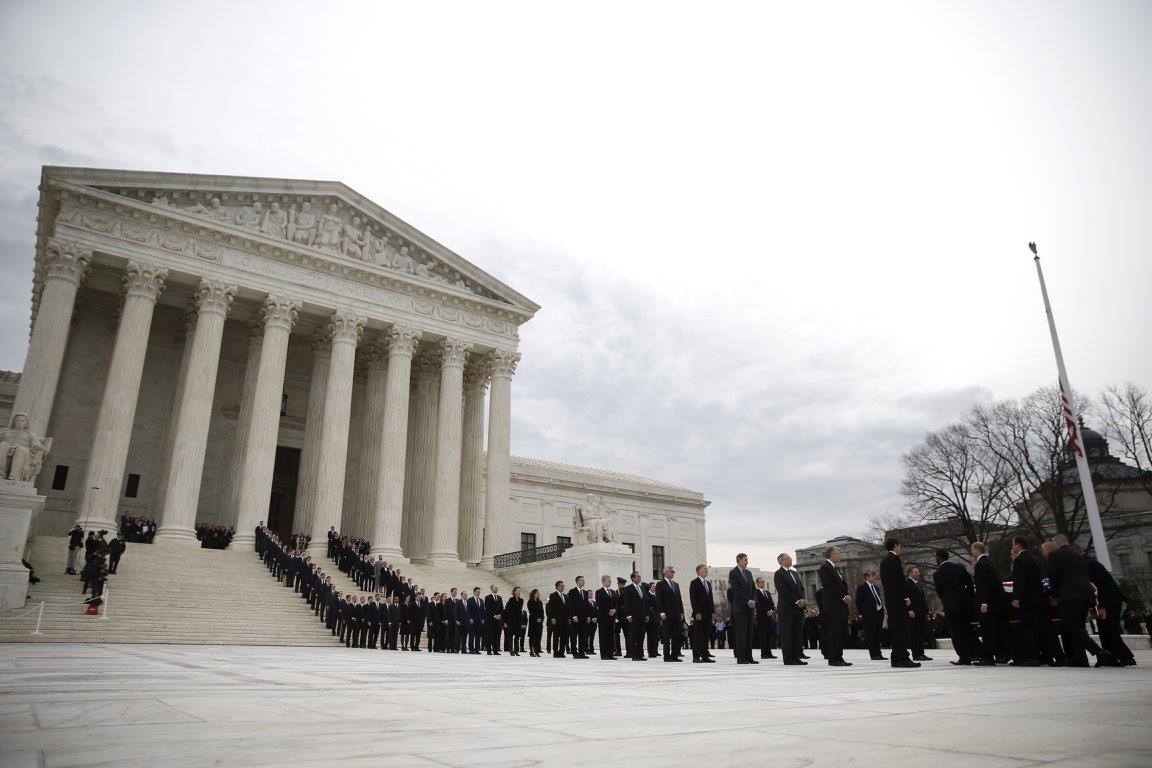 It is a day of respect and honor for Justice Antonin Scalia. This morning he was brought one last time to the United States Supreme Court. It was an especially moving site to see nearly 100 of his former law clerks lined up to pay their respects as he was carried by. 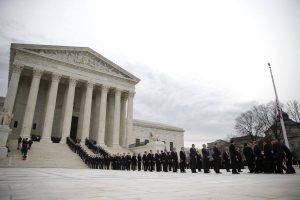 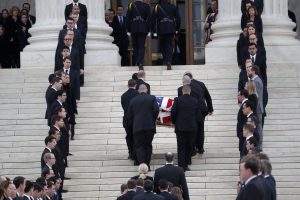 One of our great Constitutional giants, he is now afforded the singular honor of laying in state on the very same catafalque that President Abraham Lincoln rested upon in 1865. 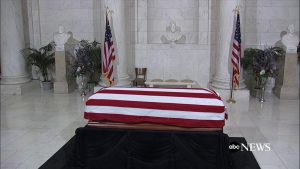 The court’s Great Hall had been transformed, with potted palms, identical red-and-white flower arrangements from the House of Representatives and Senate and a large portrait of Scalia that had been completed in 2007 and had hung since then at Harvard University, where he attended law school.

Maureen Scalia, her children, their 36 grandchildren and numerous family members were also in attendance for this moving ceremony. It was a quiet and solemn occasion.

The Rev. Paul Scalia, the justice’s son and a Catholic priest, said traditional prayers. “You have called your servant Antonin out of this world,” he said. “May he rest in peace.”

Thousands of mourners, in fact too many to count, have lined up to pay their respects to a man whose guardianship of our Constitution has meant so much.

Thousands are at the Supreme Court to mourn Scalia. Here is my hyper lapse of just how long the line is: pic.twitter.com/JnQmzt14cT

Quite frankly what we are seeing today reminds me of the another man who lay in state in 2004 at the U.S. Capital. The very same man who was instrumental in bringing Justice Antonin Scalia to the Supreme Court – Ronald Reagan. 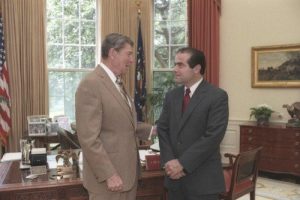 Those who’ve come to pay their respects to Justice Scalia are doing so for very specific reasons.

Melissa Covey of Round Hill, Va., who works as a legal assistant with a firm, was third in line. “I so appreciate Justice Scalia,” she said. “He’s been a hero of mine on the Supreme Court. He’s a defender of the Constitution and the rule of law…very much my hero on the Supreme Court.”

Tenzin Tsultrin, 53, a property manager from Exeter, R.I., said he left his home at 11 p.m. Thursday and drove all night to be present Friday. He said he made the trip because “I love this nation, this country and the Constitution. And anybody who’s an ardent supporter of the Constitution is good for the country.”

The public has been invited to pay their respects from 10:30 am until 8:00 pm tonight. Justice Scalia’s law clerks, 4 at a time for 30 minutes, will stand at each corner of his casket until the public viewing is closed. The President and First Lady are expected to arrive at some point during the day to pay their respects as well.

Portrait of Justice Scalia on display near his casket in the Great Hall. pic.twitter.com/cbwXTrWhR4

On Saturday the funeral service will take place at 11 am at the Basilica of the National Shrine of the Immaculate Conception in Washington D.C. Reverend Paul Scalia will serve as the main celebrant during the Mass.

A great man, gone too soon. But we hope and pray that his wisdom, teachings, and wonderful use of “legalistic argle-bargle” will live on.

“I attack ideas, I don’t attack people – and some very good people have some very bad ideas.”

We offer our heartfelt thanks along with our prayers to his wife Maureen and all his family and friends though this time.