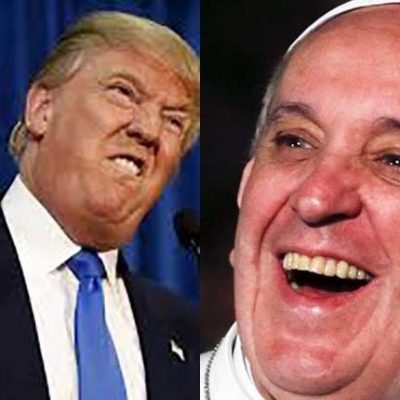 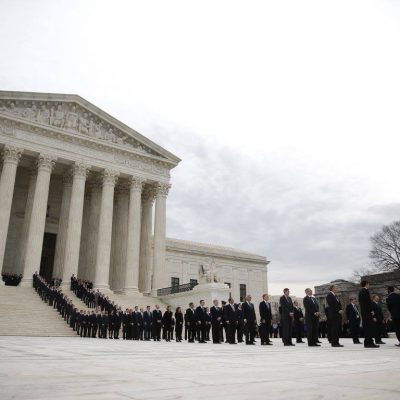 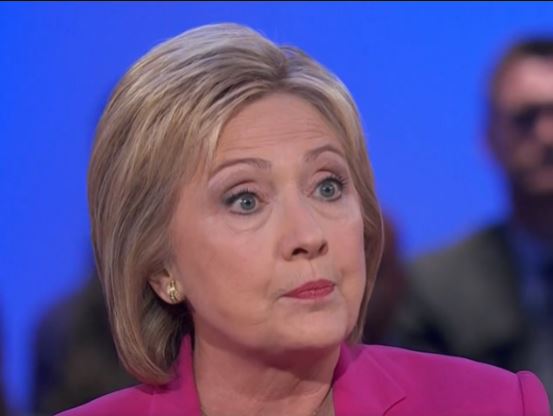 Last night was certainly a night of whiplash if you were a politico of any sort. Seriously, toggling back and forth via the TV and Twitter concerning the GOP and DEM town halls was enough to make anyone dizzy! Sooo- rather than delve into the weeds of any particular issue, lets take a stab at recapping highlights Twitter style!

Cueing up the #DemTownHall: 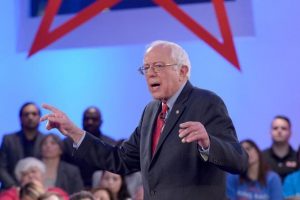 That's not crazy at all

No.. really and truly NOT crazy at all…except to those of us taxpayers who will be footing the bill for his misguided largess, starting with his grand idea to raise the minimum wage!

One question: how many businesses that bought the $15 an hour koolaid are now struggling to make payroll? Too many. On to the weird factor of the night…

Bernie Sanders talks about the time he was made an 'honorary woman.' #DemTownHall https://t.co/OplaXMbCCQ

Oh yeah… he’s an expert alright! So lovely that he’s, according to Hillary, such an example of something or another.

BWAHAHAHA!!! @HillaryClinton "I want people to actually hold me accountable for what I say and do" #DemTownHall #Benghazi #email #servers

And then @HillaryClinton followed up with saying "facts are our friends" OH REALLY?? #DemTownHall #emails #servers #nationalsecurity

Hillary? The next batch of emails will be released today. Any guesses as to how many other assets and national security information you’ve thrown under the bus? Speaking of which…this was arguably one of the best moments of the night.

Clinton pivoted to her claims that she had long been warning Wall Street about their excesses prior to the Great Recession but in pure Clinton fashion, she didn’t directly answer the question concerning her conduct but instead chided the behavior of others: “Let me say this, I am happy to release anything I have when everybody else the same because every other candidate in this race has given speeches to private groups, including Senator Sanders.”

That was a super duper really good Non-Answer! And then there was her slam against Bernie…

Clinton: 'Sen. Sanders wasn't really a Democrat until he decided to run for president' #DemTownHall https://t.co/UIOHbvyncQ

Okey dokey! On to the #GOPTownHall

Would it have killed Kasich to wear a tie? Then, after Cooper says, "Good to see you here." Kasich says, "do I have a choice?" #GOPTownHall

Did they just introduce John Kasich as the son of a mailman? Is that supposed to attract the excited dog vote? #GOPTownHall

In fact, when asked if he’d keep Obama’s executive orders on gun control in place, Katich answered in the negative.

Kasich is correct. We need a Justice who will INTERPRET the law rather than legislate from the bench. 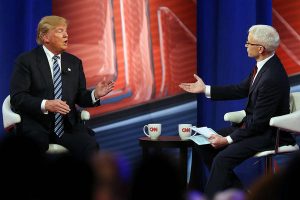 Whether you agree with him or not, @realDonaldTrump makes for good television #GOPTownHall

So very true! Lets see what The Donald himself had to say about key subjects. Iraq first.

Semantics dontcha know. Don’t worry, he’s also repeating the whole false line of ‘there were no weapons of mass destruction.” As for his latest spat – this one with Pope Francis? You guessed it, he adopted a different tune from earlier in the day.

@cnnbrk Trump has questioned both Cruz & Obama's Christianity, but is too thin-skinned for anyone to dare question his religion.

Meanwhile on the domestic front there is this:

@CNNPolitics @realDonaldTrump @POTUS Well DUH!! So why weren't you screaming about it then? Oh wait… that was THEN

.@realDonaldTrump on what happens if Mexico won't pay for wall: "The wall just got 10 feet higher." #GOPTownHall https://t.co/nLXl4VyqtK

"I have a problem with your self control" – Undecided voter #GOPTownHall pic.twitter.com/V0GGl7ZZGz

There are a LOT of people who have problems with his lack of self control!

Not a bad answer actually. Jeb performed better at this town hall than he has at the recent debates. Seems this format is more workable for him.

Jeb Bush- When we start closing off people acting on their faith in the public square, we're not being American. #GOPTownHall

And finally, your musical portion of the night. It seems that Jeb is a fan of Florida Georgia Line and the Zac Brown Band. Meanwhile Donald sticks with the Beatles, Rolling Stones, and Elton John, but just had to add one more thing:

He’s also an excellent name-dropper, touting his love for not just Michael Jackson’s music, but the man, who lived in Trump Tower.

Trump said he knew “the real story of Michael Jackson,” and revealed a bit about his own bravado in explaining it: “Michael was an unbelievable talent who lost his confidence, and believe it or not, when you lose your confidence in something, you can actually lose your talent.”

True? Not true? You never know. But I have to say, the most surprising of all was the bands John Kasich listed as his favorites. Who knew he’d be a fan of newer alternative rock? Specifically Linkin Park, Fall Out Boy, and twenty one pilot’s song “Stressed Out?” Wow!

So there you have it.  Your compilation of all that was weird, strange, funny, jaw dropping, and musical from the Dem and GOP town halls last night. You’re welcome.