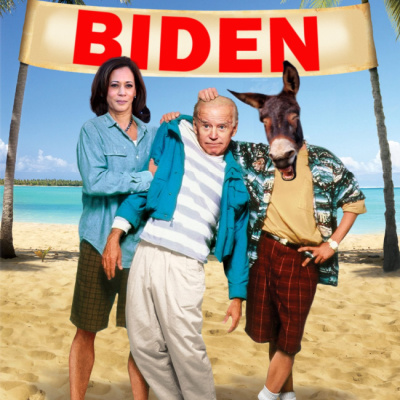 The Biden Campaign has notified the press that the campaign has called a lid for this week until the final Presidential Debate on Thursday night. There are not enough lids in the universe to cover the smell of putrefaction.

In case you haven’t been paying attention to the 2020 Presidential Campaign, a lid indicates that a campaign, or government official, has no planned events and/or will not be making any news. By my unofficial count, there have been about a dozen of these blackouts called since the beginning of September. Here is how the New York Post reported today’s news:

Back into the basement he goes.

Democratic presidential nominee Joe Biden is back at his Wilmington, Del., home and will not return to the campaign trail until after his face-off with President Trump at Thursday night’s debate.

The former vice president landed down in his home state Sunday evening after campaigning in North Carolina, after which the Biden campaign called a lid.

In normal times, one might surmise that the candidate didn’t want to win the office for which he was running. Joe Biden has been running for President since 1988, that’s 32 years in old math. In reality though, Sleepy Joe is often confused about which office he is campaigning to win.

Another issue for the Biden Campaign is Hunter Biden. Nina wrote about how eager the media, and Big Tech, is to bury the story of Hunter Biden. If we had a free and fair press, big if, the Democrats would not be able to get away with calling a lid to cover for a candidate who was dirty as homemade sin. Shutting down the campaign protects Biden from any wayward reporter who asks a pertinent question. Like say, when Bo Erickson of CBS News asked Old Joe about the N. Y. Post article about Hunter’s computer:

The Biden Way: Insult the reporter and claim it’s another smear campaign.

The Biden Campaign has said that Biden is spending the week preparing for the final debate. He is going to need a lot of practice, rest, and, um, Red Bull, wink, wink.

But what the Democrats are really trying to cover with the lid is the smell of putrefaction. Putrefaction is the fifth stage of death. The organism starts to break down and gasses are released. From Mosaic Science:

Dead bodies give off a distinctive, sickly-sweet odour that’s immediately recognisable and hard to forget. The smell of death can consist of more than 400 volatile organic compounds in a complex mixture. These compounds are produced by the actions of bacteria, which break down the tissues in the body into gases and salts.

The Democrats have been holding their collective noses for months. We all smell it. From Delaware, the stench spreads across the world. There are not enough lids in the universe to cover the stench of putrefaction that emanates from Joe Biden.

If he does somehow, Sweet Jesus, win, it will be because the Democrat Party, the media and big tech drug his rigged body across the finish line.