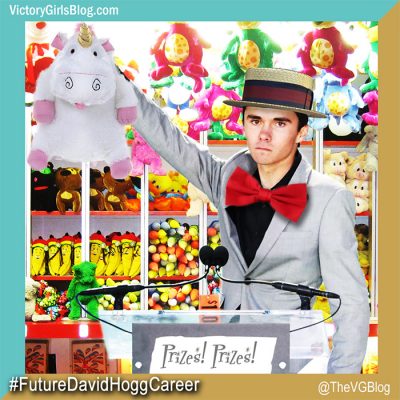 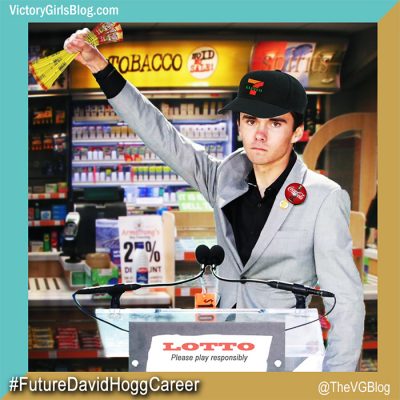 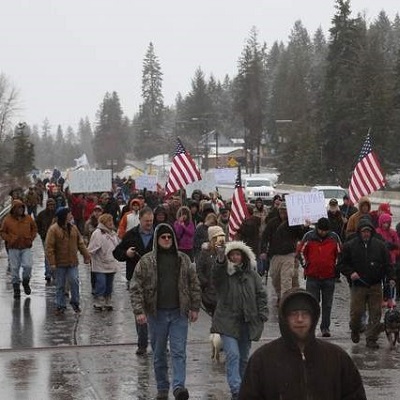 Yesterday’s news was nothing but wall-to-wall coverage of the gun control protests. Interviews with March for Our Lives participants shrieking their ignorance, demanding that the rest of us submit to their calls to destroy our rights dominated the news cycle, and David Hogg and his pals, high on the coverage they were receiving from every single news outlets, beat their puny little chests and claimed to have started a revolution. 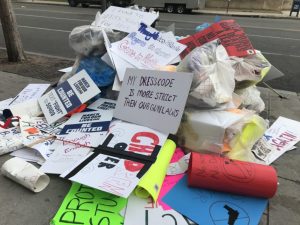 The “revolutionaries” left a mess in Washington DC, which didn’t really receive much coverage. The streets were littered with their abandoned signs and other trash. After all, clean-up is boring, and social awareness doesn’t include the menial task of leaving the streets free of the garbage you dragged in with you.

You know what else didn’t get much coverage?

The counter-protests that took place all over the country.

There was some coverage of the events. There were a few stories here and there, interviewing participants who came out in support of our Second Amendment rights.

In Washington, Eric Ciabottonia, 19, and John Bolduc, 18, traveled with a group of students from Pennsylvania State University to march for gun rights. The freshman engineering majors said they are supporters of President Donald Trump and came to voice their beliefs about the Second Amendment and see what the opposing side thinks.

“I came to open dialogue,” Ciabottonia said, adding that calling for a ban on bump stocks was reactionary. “I like talking to people I disagree with so I can get a broader range of views. I’d say there’s a lot of misinformation and I came to talk to people.” 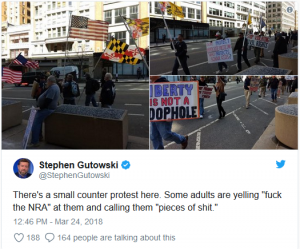 These young people who came out to show support for our rights weren’t deified as heroes. They weren’t idolized by fawning talking heads about how “mesmerizing” they were. They weren’t showered with adulation, and they weren’t supported by an obsequious media, statist billionaires, well-funded political organizations, and teachers’ unions. They simply came out because they wanted to support our rights and to provide a much needed counternarrative to the obnoxious jerks who publicly denigrated and demeaned millions of law-abiding NRA members and other gun owners using the genuflecting news whores as their soapbox.

The main protesters were shouting “SHAME!” and “WE CALL BS!” at these peaceful citizens exercising their rights. They got belligerent, and things got heated.

But they stayed, and they exercised their rights. They swam against the current, and they stood up to the bullies who were trying to shame them into abandoning their convictions.

And while the bratty children of Parkland gave themselves congratulatory pats on the shoulder and spouted words written for them by opportunistic, exploitative gun-grabbing adults, claiming to have started a revolution… 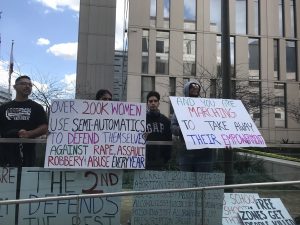 …the true revolutionaries were the people who stood up to peer pressure, who showed up and affirmed their principles.

The true revolutionaries are the rebels who stood up to authorities, instead of being propped up by them, who opposed tyranny, and who proudly confronted the opposition without media support, without funding from Hollywood celebrities, statist billionaires, or teachers unions.

The Hogglets aren’t starting a revolution; they’re the ones against whom the revolt must begin.