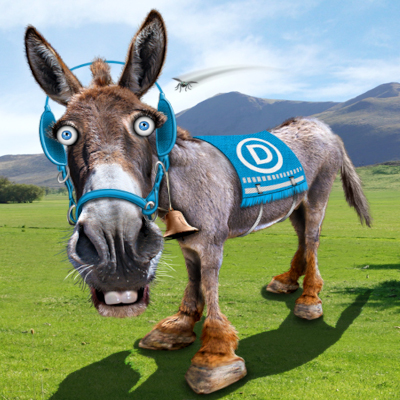 Less than a month after Gov. Greg Abbott vetoed funding for the state legislature after Democratic lawmakers walked out, Texas Democrats are once again threatening to walk out. This time, however, it isn’t going to be just going home. They aren’t even going to beat feet to Oklahoma like they did in 2003. No, now they are threatening to fly to Washington DC, where you know they will be greeted with media attention and pats on the back from Biden and Company. After all, it’s much more important to grab some headlines than it is to serve the constituents they were elected by.

But it’s for the people!

That’s the cry of these self-important Dems as they dislocate shoulders trying to pat themselves on the back. After all, it’s their duty to do everything they can to protect voting rights. How dare Abbott and others want to insure the security of the vote by requiring someone prove they meet the constitutional requirements to cast a ballot by showing residency, identity, etc?

Not that this ploy of turning tail and running should surprise any of us. It certainly doesn’t surprise those of us in Texas who have lived with this sort of behavior from them. In 2003, approximately 50 Democratic legislators fled over the border to Ardmore, OK. Then it was in an attempt to prevent Republicans from carrying through with redistricting plans. They fled over the border because state law enforcement officials wouldn’t be able to bring them back so they could actually do what they were elected to.

Instead, they played coward, knowing they didn’t have the votes to prevent the redistricting plan from happening. So run away, run away and hide. Except they forgot the hiding part and wound up ticking off a number of their constituents in the process.

The Dems walked out again in the waning days of the legislative session in order to prevent the Republicans from passing the voting rights bill. They were warned by Gov. Abbott that he wouldn’t sit still and there would be consequences. They didn’t believe him until he vetoed the portion of the finance bill that would fund their legislative offices, etc. Then they couldn’t scream loud enough about how he was abusing his authority as governor. How dare he not let them do what they want, when they want!

The majority of the Democrats fleeing Texas are flying to Washington, DC, on two chartered jets. They have kept planning secret because they can be legally compelled to return to the Capitol and believed law enforcement could be sent to track them down, the sources said.

So they know they are violating their oaths as legislators to attend the special session. That leads me to this question for them: if they were employed in a “real” job, would they expect to get paid for walking off before finishing the job? I don’t know about you, but I certainly wouldn’t expect to be paid. In fact, I’d expect to have my ass fired.

So here we are, approximately three weeks or so later. Once again, they are threatening to walk out. But this time, they are supposedly chartering a couple of planes to carry them to DC where they will bask in the glow of approval from Biden, Pelosi and company. To hell with the rest of business needed to be accomplished in this special session. To hell with trying to work out anything with the Republicans. They will do this because they can!

But here’s the question: on whose dime?

Who is paying for those planes they’ll be taking to DC? How about their food and lodging? Oh, and you know they will be taking staff members with them. So who will pay for them to go and pay their salaries? Anyone surprised if they try to pawn those tabs off on the taxpayer?

Once again, the Dems don’t care about the money they are costing the taxpayers. Even if they have some benefactor to cover the expense of this retreat, there is still the cost of the special session to be taken into account–and not just this special session but the next one Gov. Abbott is sure to call. The money wasted because of their little hissy fit is money the state could put to much better use.

Even if they carry through with the threat to leave, they are far from guaranteed victory. They might stop the vote for a few days. They might even manage to close down this special session. But Gov. Abbott has the power to call another special session for the same purpose as this one. In fact, he can call 30-day special sessions for voter rights reform “until a bill is passed.”

Staying away and grinding the Legislature to a halt for an extended time could also carry repercussions in next year’s midterm elections, although many Texas Democrats are already expecting a difficult cycle in 2022, particularly with Republicans set to begin drawing new voting maps this fall that could cement their majorities.

Will they actually walk out and wing their way to Washington DC to hobnob with San Fran Nan and the others? Whether they do or not, they’ve gotten what they want: the attention of mainstream media. They still believe a story in the NY Times or Washington Post is worth angering and alienating their constituents. In other words, they still haven’t learned from the losses of the once media darling “Beto” O’Rourke.

Besides, we need to remember an important lesson. The Dems, especially Texas Democrats, are masters of saying one thing and doing another, so anything can happen.

Well, anything except seeing them make a good faith effort to actually work with their Republican counterparts to come up with a voting rights bill that is reasonable and protects the sanctity of the ballot box.

Hmm, I wonder if they do go if there is any way for Gov. Abbott to keep them out. Now that’s an executive order I don’t think I’d mind seeing happen.

Well, they did it. Here’s a picture of them on their chartered plane. And look at the example they’re setting. Not only are they fleeing from a job they were elected to do but they are sitting there, smiling and happy about it and not a mask in sight. Must be nice to be so privileged to be able to travel on someone else’s dime and not have to follow the same rules as the rest of us schmoes.