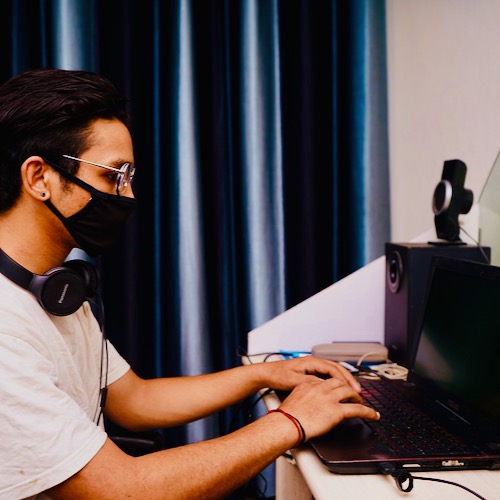 Teen suicides have prompted Las Vegas schools to reopen IMMEDIATELY. A root cause of these devastating suicides? The lockdowns.

“The reminders of pandemic-driven suffering among students in Clark County, Nev., have come in droves.

Since schools shut their doors in March, an early-warning system that monitors students’ mental health episodes has sent more than 3,100 alerts to district officials, raising alarms about suicidal thoughts, possible self-harm or cries for care. By December, 18 students had taken their own lives.”

EIGHTEEN children in Clark County have taken their lives this year since the lockdowns began. EIGHTEEN families are devastated. The friends of those eighteen children are now having to deal with the lockdown and the devastation of losing a friend they’ve not been allowed to interact with since MARCH.

These arbitrary UNSCIENTIFIC power-driven government run lockdowns have imperiled the mental health of us all. The ones affected the most are our seniors and our children.

Our CHILDREN have been scientifically proven to need human contact in order to grow and thrive. In March, that was shut down cold. From March on, our children were told that their lives were to be relegated to computer screens and play dates were forbidden. While a wonderful few worked their butts off, far too many teachers phoned it in, and so our children’s education has suffered greatly.

Our children learn best both educationally and for life skills by interacting in person with others. Our ham-handed states overreacted and shut everything down. Now, kids from preschool to college have been shut out oof their lives because of unreasonable FEAR.

It isn’t just Las Vegas and Clark County. Cities and towns are seeing a major rise of mental health issues in our young. So much so, that teens are trying to bring it to the attention of the political leadership in their states.

“Data from the Centers for Disease Control show that about 10.7% of young adults, ages 18 to 24, had suicidal thoughts in 2018, but that number had risen to 25.5% by August 2020. That compares with a general population rise from 4.3% to 11% over the same time period. Experts cite a lack of interpersonal contact as one cause of teen depression during the pandemic. The teenage years are when people begin to form strong bonds with those outside the family; being locked down with the family can heighten already-present conflicts.

Miller said the anxiety and stress felt by adults over the uncertainties of the pandemic is also being felt by young people.

“We are in uncharted territory,” she said. “Our kids are struggling in ways we have never seen before. Many of them are historically very resilient, but this uncertain world is causing high levels of anxiety, anger and sadness.”

Let’s talk for a minute about how our kids are struggling. For YEARS, we’ve had warnings about how it is detrimental for our children to have too  much TV and screen time. Then, the Wuhan virus crap hit and suddenly it is now wonderful that our children are safe and locked in their homes with the only interaction with their peers and adults happening through a video screen.

Our political betters decided the following:

Our children have been told time and again this last year that interaction with anyone is going to kill them. Fear has been instilled in them because of the shrill overreaction of many and the media-driven craziness. Is it any wonder that the resilience of our children is at a low ebb? Is it any wonder that our children who NEED in person interaction in order to grow and thrive are suffering because they’ve been deprived of it?

“Mental health, they say, is intrinsically linked to physical health — something few entities considered during the virus’ first wave — and even though the risk of contracting and spreading the novel coronavirus remains high in places like Nevada, the risk of losing a generation to isolation-driven depression and anxiety is weighing heavy on administrators.

In recent weeks I’ve seen reports of our teens and elementary students performing in sports, music, art, and more. Which is wonderful, except that many are doing so in an isolation bubble where not even their parents are allowed in the art room, the gym, the pool area, the track, volleyball court, or football field. In some cases schools even abandoned the long tradition of parent’s night for sports. When you aren’t allowed have your family and close friends right there to cheer you on…such a moral booster isn’t it?

Is it any WONDER that we are seeing a mental health crisis and a rash of suicides??

I haven’t talked about this. We lost a senior at my son’s high school to suicide, his depression exacerbated by quarantine. How did our school board, superintendent, principal respond? By obsessing over “equity” + changing admissions. They’ve failed kids. https://t.co/d9lQ7JA2Ns

He hadn't watched a movie with any of his friends in 8 months (since all socialization has been outdoors) and it's hard to be 5 and enjoy something all by yourself. There's a lot of healthy reinforcement of joy from watching things with others. /4

The adults in the room need to get over themselves and gain a reality check. Our children’s lives and mental health aren’t a political football. Let them LIVE. Open the schools, open sports, and quit with the mask fear-mongering.