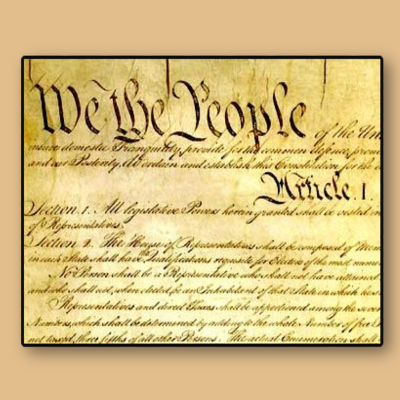 Next post
American Exceptionalism Is Our Birthright. We’re Keeping It. 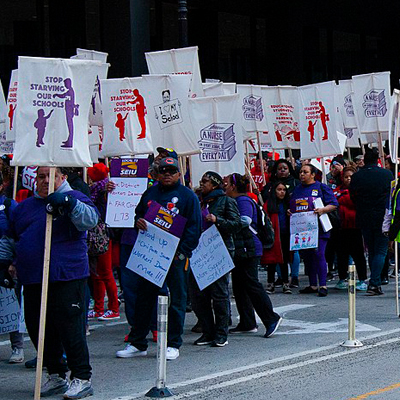 In our previous post, Nina told you how continuing school lockdowns have driven desperate Las Vegas kids to suicide. The source of such misery is not COVID, however. It’s the teachers unions — leftist organizations that care more about political agendas than they do the children they allegedly serve. Exhibit A: the Chicago Teachers Union, a corrupt racket if there ever was one.

But then, this is Chicago, so I guess it goes with the territory.

Chicago Public School teachers and staff were supposed to return to classrooms on January 25th, to prepare for in-person classes for elementary students starting February 1. However, the union voted overwhelmingly on Sunday to work remotely, with 71% of CTU members voting to stay home. They’re not even going to show up to fix up their classrooms without the kiddies around.

“CPS did everything possible to divide us by instilling fear through threats of retaliation, but you still chose unity, solidarity and to collectively act as one.”

The union also accused the Chicago Public Schools of wanting to “sow dissent and disrupt collective union action.” CTU refuses to return to work until they say it’s safe. They also refuse to participate in simultaneous in-person and virtual teaching. CPS must also come up with acceptable health metrics. As of Sunday, those two items were not negotiable, either.

Try that last one at your place of employment. And here you thought Peter from “Office Space” was a fictitious movie character.

Oh, and one more thing: the CTU wants to reduce the amount of remote learning by one hour per day. As if kids aren’t being shortchanged enough already.

But refusing to work is nothing new for the Chicago Teachers Union. In fact, the CTU will even play the racism/sexism card to bully their opponents. In December, when the CPS presented its plan for reopening schools for some students on February 1, CTU posted this charming message at Twitter. They quickly deleted it, but you know that the Internet is forever: 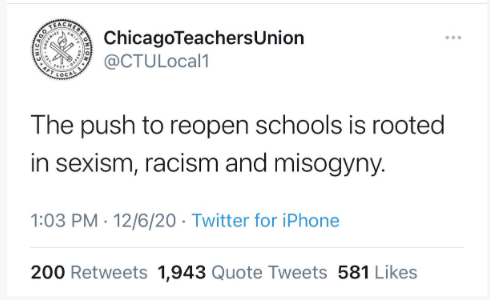 This wasn’t CTU’s first foray into pushing leftist garbage, either. In August, 2020, the union cheered on leftist activists who had placed a mock guillotine in front of Jeff Bezos’s home, commenting:

Ironically, the Teachers’ Pension Fund holds 45,000 shares of Amazon stock, courtesy of the teachers union. And while the CTU also trashes the leftist whipping boy “corporate greed,” its own leadership makes six-figure salaries. So where do those huge salaries come from? Union dues, of course, which the CTU invests in mutual funds. Those funds in turn invest in Fortune 500 corporations — the epitomes of corporate wealth.

Not only that, the CTU doesn’t pay any taxes.

In the words of disgraced former IL Gov. Rod Blagojevich: I’ve got this thing and it’s f**king golden. . .

One of that crew of militant leftists is Sarah Chambers, a member of CTU’s executive board and an area vice president. In other words, she’s a Working Class Hero. Truly dedicated to her special education students, too.

But she got herself into a ton of hot water.

While Chambers steadfastly opposed reopening Chicago schools, she traveled to Puerto Rico during the holiday season. Not only that, but she posted images at Instagram right before she tweeted a message to special education teachers urging them to stay home.

Her embarrassing story has gone worldwide. But it does have a message.

It tells public school parents who want their kids back in school, and property taxpayers, everything they need to know:
That they don’t count. And their children don’t count.”

One of those closed Chicago schools held a virtual meeting with parents last week, in which parents described their children’s anguish. One boy had “full-blown meltdowns” which required psychiatric care. Another account told of a once socially-outgoing daughter who has become more introverted and rages with frustration.

But while Chicago’s public schools have remained closed this school year, Catholic schools have been open. Moreover, a group of Chicago health officials tracked how well Chicago’s Catholic schools have fared during the pandemic. Their conclusion? The Catholic schools are doing quite well with COVID, thank-you-very-much. Of the 91 schools the officials tracked — including 19,500 students and 2,750 teachers and staff — only 59 cases were found in 31 schools. That results in a COVID “attack rate” of 0.2 percent for students and 0.5 percent for adults. These rates are lower than in the general public, in fact, which is 0.4 percent of school age children and 0.7 percent of working-age adults.

As a result, the Chicago Department of Public Health has endorsed reopening the public schools. The Chicago Teachers Union — not so much. One of its delegates said:

“I don’t know how you compare people who attend Catholic schools with the general population of the city of Chicago. Even one child getting sick is a problem because they can bring it home.”

What about even one child developing severe depression or committing suicide? Isn’t that a problem, too? Apparently not for the CTU. Because teachers union leadership cares more about political power than their students. And the Chicago Teachers Union is the trashiest of that bad lot.