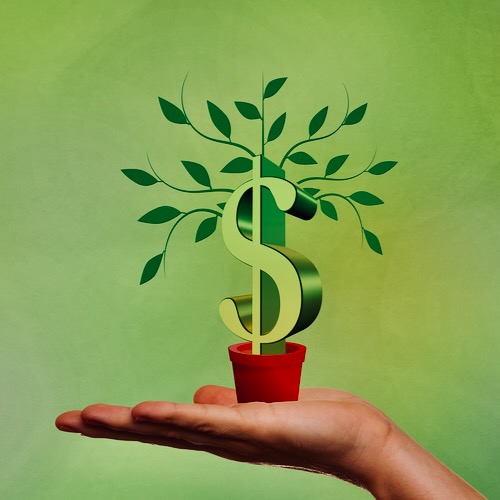 Once again, California’s tax and spend sprees have caused another deficit. This time it is a $25 billion deficit.

California not long ago was reveling in a record budget surplus. Now the Legislature’s fiscal analysts are projecting a $25 billion deficit next fiscal year as tax revenues decline.

The nonpartisan agency on Wednesday put the Capitol on alert by recommending state lawmakers cut spending when they reconvene in January — and even hold back some already-budgeted funding in order to avoid the shortfall.

Gee, I wonder how that happened? Could it be because of the Covid lockdowns? Possibly given that California spent money hand over fist on shutting down businesses, keeping schools closed, covering skate parks in truck loads of sand, and keeping restaurants from operating even with patrons sitting outside?

How about all the spending to shut down dams that keep agriculture flowing? How about all the money spent battling wildfires and propping up PG&E for their failures? Oh wait! I know, tossing money onto the useless climate change bonfire.

How to deal with the fact that there is suddenly NO MONEY??!! It’s a state government, therefore California is unable to print money whenever it feels like. Unlike the current Biden Administration who is sending yet another $40 billion to Ukraine without any checks and balances as to how the funds are spent and where. But I digress. California doesn’t have its own money printing press, so what to do with this looming deficit?

Just took me 3 hours to get from west LA to Newport Beach. Is there anywhere in the country that has worse traffic than the 405 in LA?

I’m pretty sure the answer is NO. But hey! Let’s spend lots of money on homeless encampments, sex changes, and defunding the police. How is that working out for cities across the state?

So, what is California’s plan? Tighten their belts? Drop kick money-hungry climate change issues to the curb? Stop funding illegals over American citizens? Oh, I know! See all that money in reserve over there? Problem solved!

If the forecast holds true through June, when the state’s next budget must be passed, Newsom and legislators may have to make some tough calls. Those include how far to dip into the state’s reserves, where to make potential spending cuts and what projects and programs to slow down. Luckily, the state has stashed away billions of dollars in reserves in recent years to help cope with it.

Oh great. Rather than admit that it is California’s tax and spend policies that are the problem, the solution is to immediately start using the reserve to fund the entirely unnecessary pet projects that benefit a few while taxing the many.

Do you know what is missing from the articles I reference? The fact that major companies have exited California for better corporate friendly states including Florida and Texas. Why? Because the tax burdens there are considerably less for corporations AND their employees.

As is evident by this quote, California democrats will keep digging and spending until nothing is left.

They also recommended paring back spending rather than dipping into reserves to balance the budget — “something we will consider,” said Assembly Budget Chair Phil Ting (D-San Francisco) in an interview Wednesday.

“But at the end of the day,” he said, “if we feel we are going into a tougher economic climate, that’s what the reserve is there for.”

You know what? That is a very strong signal that California Democrats will continue to tax and spend with all their cutesy little virtue signaling pet projects. Cutting the budget? No way! We have those reserves to use as they channel the Biden Administration as they’ve drained the Strategic Petroleum Reserve rather than open up drilling on federal lands or restart the Keystone Pipeline.

Here’s the thing. Californian’s who are still there should be asking for their government to show them the money. In 2021, the state had a budget surplus.

A state that expected perhaps the most severe budget crunch in American history instead has a more than $75 billion budget surplus, Gov. Gavin Newsom (D) said Monday, after a booming stock market and better-than-anticipated tax revenues over the pandemic-plagued year.

Will those in the California government ever realize that money doesn’t grow on trees? That’s the $25 billion question isn’t it?