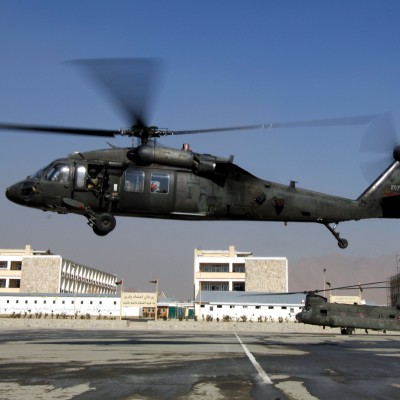 The United States is on the clock. In eight days, we need to have everyone out of Taliban controlled Afghanistan.

Yesterday, Joe Biden mentioned that he did not want to extend the timeline beyond August 31st, but that if we didn’t have everyone out, then that was an option.

"It will provoke a reaction."

The Taliban's spokesperson tells Sky News that there will be 'consequences' if the US delays their withdrawal from Afghanistan.

Taliban spokesperson Dr Suhail Shaheen said: “It’s a red line. President Biden announced that on 31 August they would withdraw all their military forces. So if they extend it that means they are extending occupation while there is no need for that.”

He added: “If the US or UK were to seek additional time to continue evacuations – the answer is no. Or there would be consequences.”

“It will create mistrust between us. If they are intent on continuing the occupation it will provoke a reaction.”

Wow, that sounds like a newly-moderate Taliban who are desperately seeking approval and acceptance on the international stage, right?

Yeah, that sounds like the Taliban of old, newly empowered, who know that they hold all the cards – and the trucks, the weapons, and the grenade launchers – and are looking forward to have complete barbaric control of Afghanistan again, after 20 years out of power. And it is a demand from Taliban leaders who KNOW that Biden is a weak fool with a brain made of pudding.

Which makes the comments from the West even more bewildering. Pentagon spokesman John Kirby is saying TODAY that they heard the Taliban, but are they taking them seriously??

"The goal is to get as many people out as fast as possible."@PentagonPresSec says the US is focusing on completing its withdrawal of troops from Afghanistan by 31 August, but adds that there could be "additional conversations" about this date.

And Prime Minister Boris Johnson is reportedly going to use the emergency G7 Zoom meeting that will happen tomorrow to press Biden on extending the deadline for getting out.

Johnson plans to push Biden to extend his Aug. 31 deadline for withdrawing U.S. forces from Afghanistan so that more people can be evacuated, British media reported.”

On Sunday, Biden said the U.S. military was discussing potentially extending the deadline, but hoped that would not be necessary.”

He said Washington would consider an extension if asked to do so by G7 allies, but was working closely with those countries and others to help evacuate their citizens.”

Hey, everyone? It doesn’t matter now who agrees to an extension or not. The Taliban has said NO. And call me crazy, but I think they mean it. And thanks to the haphazard withdrawl and the failure to take dissenting intelligence seriously, the Taliban are now armed to the teeth with American equipment, and they don’t have a problem rubbing it in our faces, either.

So now what? The reality on the ground is that we have eight days to get everyone we can out. After that, all bets are off, and any American, or Afghan SIV holder, who couldn’t get to Kabul airport is a hostage to the Taliban. Anyone want to bet on the Taliban’s goodwill and desire to be part of the international community in order to secure the safety of those stuck in Afghanistan? Or, do you think that these people are just likely to vanish, never to be seen again? The Americans might get lucky enough to be held for ransom, and it’s the nearest thing to a sure bet that the Biden administration will cough up pallets of cash to avoid the optics of Americans in hostage videos, à la Jimmy Carter and Iran.

Biden created the deadline, botched the withdrawl, and now the Taliban are in control of the situation on the ground while we scramble, under hamstrung conditions, to get people out as quickly as possible. If we stay past the deadline, we risk the ONE thing Biden absolutely refuses to contemplate – an open battle with the Taliban. We are in a disaster situation of Biden’s own making, and there are no good solutions left.