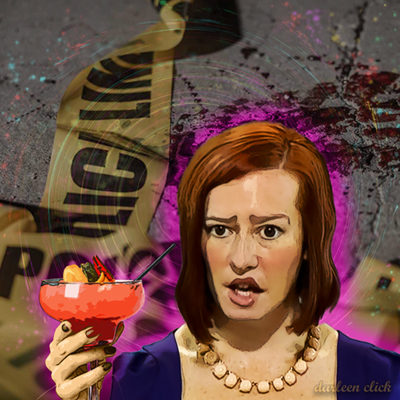 Next post
Psaki Giggles: Soft on Crime? What Does That Mean?

Is anyone surprised? I mean, is anyone REALLY surprised at this news?

The United Nations has announced that they have received “credible” information that the Taliban, despite saying that there would be a “general amnesty” for those Afghans who had worked with the United States, has killed up to 100 former members of the Afghan government, armed forces, and those who worked with American and other international troops.

If you’re shocked, raise your hand. Hmmm, I don’t see any hands going up. It’s as if we all knew this was going to happen.

In a report obtained Sunday by The Associated Press, (Secretary-General Antonio) Guterres said that “more than two-thirds” of the victims were alleged to result from extrajudicial killings by the Taliban or its affiliates, despite the Taliban’s announcement of “general amnesties” for those affiliated with the former government and U.S.-led coalition forces.”

The UN also reports that the Taliban has also been attempting to take out ISIS members as well, as if that makes things more balanced or something.

The U.N. political mission in Afghanistan also received “credible allegations of extrajudicial killings of at least 50 individuals suspected of affiliation with ISIL-KP,” the Islamic State extremist group operating in Afghanistan, Guterres said in the report to U.N. Security Council.”

The amnesty promised by the Taliban is not all that it is cracked up to be? *gasp* Again, who is surprised by this news?

He added that despite Taliban assurances, the U.N. political mission has also received credible allegations “of enforced disappearances and other violations impacting the right to life and physical integrity” of former government and coalition members.”

The secretary-general said the U.N. missions documented 44 cases of temporary arrests, beatings and threats of intimidation, 42 of them by the Taliban.”

Which leads us back to the eternal question: what did the Biden administration THINK would happen once we left?

This was planned for. Expected even. https://t.co/7mR4bN5LRP

We have had multiple reports of women being killed by the Taliban for daring to live and work instead of hiding in their homes. Children are being sold as commodities because the economy has collapsed. And yet, Biden administration officials like Jake Sullivan continue to pat themselves on the back for the sheer awesomeness of the fact that no American troops are in Afghanistan.

(Don’t ask about how many Americans are still there, though. The State Department would rather not talk about that.)

Leaving aside the innocents killed in that final drone strike in Kabul, that not one person has been held accountable for, Joe Biden now wears the blood of hundreds, if not thousands, of Afghans that he essentially ordered abandoned when our forces gave up Bagram Airfield and had no way of getting people out efficiently from Kabul’s single runway “international” airport – as we all witnessed when Afghans rushed airplanes and died when they fell off the planes. The United Nations also estimates that 23 million Afghans are facing starvation. And what do you do when you cannot or will not sell a child? Women have started selling their kidneys.

So many Afghans have sold their organs to make a living that the price of a kidney has gone down. pic.twitter.com/lMWb8hYib6

The problem, of course, is that no one can trust the Taliban to distribute any international aid that may come. Meanwhile, the women of Afghanistan sell their kidneys and the children of Afghanistan are sold for money and food.

I would ask how Joe Biden sleeps at night, knowing that he condemned these people to starvation, slavery, and oppression under the Taliban, but we all know the answer to that. He wanted the ability to crow about “ending the war” in Afghanistan – never mind how many lives it cost, and will continue to cost. Biden doesn’t care, and he never did. He thought it would be a cheap political victory. Instead, the cost is being tallied in human lives. And if the Taliban take a few more, just because they dared work with the Americans, do you really think Joe Biden will care?