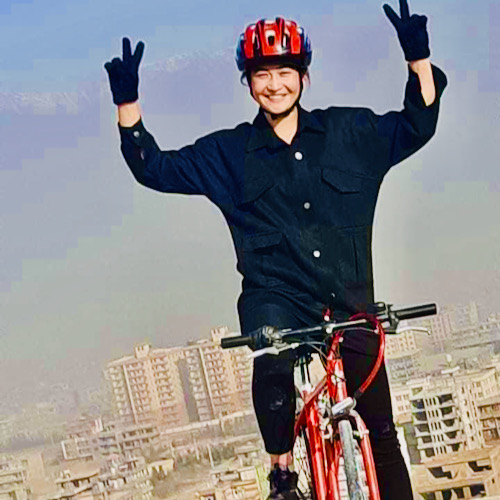 The Taliban killed a female volleyball player last month. They beheaded her. It was something we knew would happen, but hoped and prayed it wouldn’t.

As we noted in our coverage of the Afghanistan crisis, the kinder, gentler Taliban was and is, in fact, the same Taliban who nearly destroyed Afghanistan all those years ago. The same terrorists that Obama freed from GITMO are once again running the country. And they are imposing their rules right and left.

The Taliban imposed further restrictions on female city government employees in Afghanistan’s capital on Thursday, barring many from returning to work next week in a sign that the group will continue to restrict women’s rights despite two decades of freedoms under the previous government.

Women are now restricted from working, going to school, and playing sports. In fact, as we noted a couple of months ago during the height of the Afghanistan debacle, sports teams and musical groups went into hiding because they KNEW what the Biden Administration and the stupid asshats at the State Department refused to acknowledge. The Taliban are and always will be terrorists.

There are brave Afghanistan women protesting against the Taliban, yet not one single American feminist is lending a hand. Other Afghan women have had to go into hiding as I mentioned above. As we now know, this included members of Afghan volleyball teams.

An Afghan volleyball player on the girls’ national team was beheaded by the Taliban — with gruesome photos of her severed head posted on social media, according to her coach.

Mahjabin Hakimi, one of the best players in the Kabul Municipality Volleyball Club, was slaughtered in the capital city of Kabul as troops searched for female sports players, her coach told the Persian Independent.

Many of the women in sports have gone into hiding. Only TWO of the members of the volleyball team managed to get out of the country before the Taliban could find them. They’ve burned all their sports equipment rather than have the Taliban find it and them.

Zahra Fayazi is one of the players who managed to escape. Last month she told the BBC that she had heard that one of her teammates had been killed. As for the rest of her teammates:

“Many of our players who are from provinces were threatened many times by their relatives who are Taliban and Taliban followers.

“The Taliban asked our players’ families to not allow their girls to do sport, otherwise they will be faced with unexpected violence.”

Oh sure, everyone who is a rational thinker knows that that wasn’t an “ask” by the Taliban, it was a threat. Don’t play volleyball or you forfeit your life.

That is what happened to Mahjabin Hakimi, one of the best volleyball players the team had. The Taliban found her, and beheaded her. Where are all the feminists on this. A MAN beheaded a woman, they should be outraged. And those feminists, those spineless screeching harpy feminists will stay silent. Just as they did when the Taliban murdered a female policewoman.

Meanwhile, what has the State Department been up to lately? Continuing to play word games as to how many American citizens and LPR (legal permanent residents) are still in Afghanistan. Originally and repeatedly the State Department insisted they had no idea how many were still in-country. Now suddenly it’s over 100 or so, maybe. And 129 were rescued just the other day. Which is it? Zero, 100, 1,000? The State Department refuses to step up and answer.

Furthermore, yesterday was all about PRONOUNS.

Today on International Pronouns Day, we share why many people list pronouns on their email and social media profiles. Read more here on @ShareAmerica: https://t.co/gWhoItvGvo.

Also today, Americans are stuck fighting for their lives in Afghanistan, you worthless woke fools. https://t.co/mRPhBUNwSO

The Biden Administration with the help of Sec Def Austin and General Mark Milley built this horror. They have Mahjabin Hakimi’s blood on their hands. It is because of THEIR decisions and lack thereof that a beautiful young lady was slaughtered by the Taliban. They need to OWN this. They need to be held responsible for every death in that country since the Taliban was allowed to take over.

The Taliban always has been and always will be evil terrorists. The Biden Administration ignored that and now a beautiful vibrant young lady is dead.